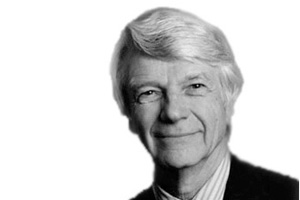 If you’re like most people, you may find that at about age 70, life begins to close in on you. You’re supposed to be retired by then with an adequate pension and/or a 401K–only you don’t have a pension, your 401K went down in the big recession, and to tell the truth, you  don’t want to retire anyway. You want to work, but there the job market is tight, age discrimination is rampant, and thanks to the Supreme Court, there’s virtually no way to fight it. You don’t have the money, or maybe the nerve, to strike out on your own, unless you call flipping burgers striking out on your own.

The advertisements for retirement investments and hair color keep telling you that 70 is the new 40, that you’re only as young as you feel. AARP’s magazines say the same thing–but the world they depict seems unreal and, to tell the truth, somewhat revolting. Because you don’t feel young–you feel old. And in today’s America, that’s hardly a happy feeling. You feel shoved aside, irrelevant, a relic waiting to hurry up and die. You realize you can’t remember things as well as you once did, have more and more of the proverbial “senior moments,” and start wondering how long it will be until you sink into dementia, maybe Alzheimer’s, at which point your life will really be over.

There’s precious little in our society that acts as an antidote to any of these thoughts. But for the last half-century, there has been one man: Dr. Robert N. Butler. A psychiatrist, activist, and visionary, Butler died on Sunday at the age of 83, and is being eulogized in the obituaries as the founder of modern gerontology, the man who coined the word “ageism.” Butler founded the National Institute of Aging at the NIH, and helped found the American Association for geriatric Psychiatry and the Alzheimer’s Disease Association; he also launched the first medical department devoted to geriatrics at Mount Sinai Hospital in New York. He wrote influential books, advised politicians, counseled the World Health Organization, and he founded and ran the International Longevity Center in New York.

Through all of this work, Butler inspired thousands, perhaps millions of people to think differently about growing old, and to treat aging and the aged differently. For old people, that transformation is even more profound, because it means thinking differently about yourself. I am one of those people whose thinking was changed, in some significant way, by Robert Butler and his work.

I was lucky enough to meet Butler a few weeks ago at a week-long series of seminars his International Longevity Center put on annually for a small group of journalists, called the Age Boom Academy. That one week produced some of the most astute briefings on every aspect of health policy and the challenges ahead that one could hope to take in–from research on Alzheimers, to the political assault on Medicare and Social Security currently underway in the administration and Congress, to the day-to-day work on the ground across the City of New York. What I had feared might consist of a bunch of self-serving medical and psych professionals was instead an immersion into the real world of the politics and economics  of medicine, tempered always by Butler’s vision. Despite his concerns for the scandalous lack of funding for research on Alzheimer’s and the aging brain, as well as the growing shortage of doctors trained in gerontology or even general practitioners, he approached his work with unyielding  optimism. I had no idea he was battling a life-threatening illness sick.

On Monday I was on a train on my way to New York, where I had an appointment this week to sit down with him to further discuss his ideas, when I received an email and learned that he was gone. Although he had acute leukemia, Butler reportedly had been working until three days before his death. At 83, he had seemed like he was in the prime of life–not because he acted like he was 40, but because he had succeeded in redefining 83 as a different kind of prime, for himself and for others.

In a speech not long ago at the American Academy of aging, Butler quoted Proust from In Search of Lost Time, “If we mean to try to understand this self, it is only in our innermost depths, by endeavoring to reconstruct it there, that the quest can be achieved.” He saw that quest as part of the journey into old age, and gave it significance and dignity. He said in his speech:

In the 1950s, psychology, psychiatry and gerontology textbooks devalued reminiscence and memories. Reminiscing was condescendingly called “living in the past,” and phrases like “wandering of mind,” “boring” and “garrulous” were used to describe elders who looked back. Actually, reminiscence was thought to be an early diagnostic sign of senile psychosis–what is known today as Alzheimer’s disease. However, I was seeing a different picture in vibrant, healthy individuals who were engaging in a fascinating inward journey.

More than fifty years later, Butler’s ideas are widely respected by psychologists and social workers, many physicians and research scientists, and even some policymakers. As far as they have caught on at all with the general public, it is thanks to his tireless work. He like to point out that demographics was on his side: More and more, elders will outnumber youth, and the voice of the geezers will grow stronger and stronger.

I was pleased to see, this morning, an eloquently written obituary in the New York Times by Douglas Martin. Fittingly, it included some remembrances of Butler’s past. As Martin notes, “Dr. Butler’s mission emerged from his childhood.” His parents split up less than a year after he was born, and he went to live with his grandparents on a New Jersey chicken farm.

He came to revere his grandfather, with whom he cared for sick chickens in the “hospital” at one end of the chicken house. He loved the old man’s stories. But the grandfather disappeared when Robert was 7, and nobody would tell him why. He finally learned that he had died.

Robert found solace in his friendship with a physician he identified only as Dr. Rose. Dr. Rose had helped him through scarlet fever and took him on his rounds by horse and carriage. The boy decided he could have helped his grandfather survive had he been a doctor. He also concluded that he would have preferred that people had been honest with him about death.

From his grandmother, he learned about the strength and endurance of the elderly, he wrote. After losing the farm in the Depression, she and her grandson lived on government-surplus foods and lived in a cheap hotel. Robert sold newspapers. Then the hotel burned down, with all their possessions.

“What I remember even more than the hardships of those years was my grandmother’s triumphant spirit and determination,” he wrote. “Experiencing at first hand an older person’s struggle to survive, I was myself helped to survive as well.”

Butler spent his life passing on that painful but profound gift to thousands of other people. I feel fortunate to have been one of them.