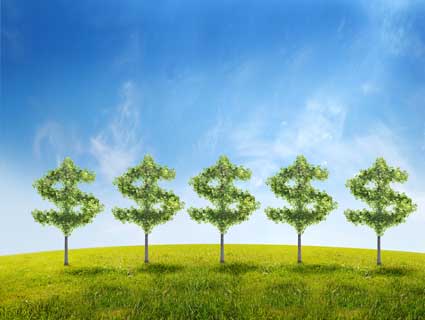 This story first appeared on the website of the Center for Public Integrity.

“Environmentalists punish companies without protecting people” is the headline of a column that appeared on the website of the American Action Forum a year ago.

The group has called for increased domestic production of oil, coal, and natural gas. Officials there have criticized President Barack Obama’s “eagerness to speed our progression to a low-carbon economy” and argued that the administration is “regulating coal out of existence.”

The American Action Forum is also connected with a nonprofit and a super-PAC that have spent millions of dollars on ads backing anti-regulation Republican candidates since 2010.

So why did the Energy Foundation, a San Francisco-based organization that funds the Sierra Club, the Natural Resources Defense Council, the Environmental Defense Fund, and Earthjustice give the conservative nonprofit a six-figure donation last year?

Records obtained by the Center for Public Integrity show that the Energy Foundation, touted as the “leading funder of projects that address climate change,” awarded the American Action Forum a $125,000 grant in 2011 for “high-level outreach and communications around carbon policy.”

Jenny Coyle, a spokeswoman for the Energy Foundation, says her organization is “proud to fund a wide variety of organizations whether they are viewed as progressive or conservative.”

“Clean energy is not a partisan issue,” Coyle continued. “We believe that all demographics and groups will see the benefits of a prosperous and healthy clean energy economy.”

Officials at the American Action Forum declined to comment about the grant.

According to records filed with the Internal Revenue Service, the Energy Foundation doled out more than $97 million in grants in 2010 to projects aimed at the adoption of stronger fuel efficiency standards for vehicles, the promotion of renewable energy technologies, and the retirement of existing coal-fired power plants, among others.

Against that backdrop, the American Action Forum stands out as an unlikely beneficiary.

The group is not known as an environmental advocate. One of its projects tracks coal plants in the United States that are likely to close down under the Obama administration’s new “regulatory burdens.”

The American Action Forum is not known as an environmental advocate. One of its projects tracks coal plants likely to close down under the Obama administration’s new “regulatory burdens.”

Craig Holman, a lobbyist for the consumer group Public Citizen—which has also received grants from the Energy Foundation—says the American Action Forum “is not dedicated to clean energy.”

He says the group favors deregulation and ending federal subsidies for renewable energy technologies that would tilt the playing field toward “established, traditional dirty sources of energy.”

Catrina Rorke, the director of energy policy at the American Action Forum, argues that federal subsidies “are not the best tool to integrate new fuels into the market.”

“We don’t want to preferentially support one kind of energy over another,” Rorke said.

The groups are also linked to a super-PAC called the Congressional Leadership Fund.

All three organizations share office space and personnel, with Coleman and Malek playing leadership roles in each.

Veteran GOP operative Brian Walsh—who served as the National Republican Congressional Committee’s political director during the 2010 election cycle—is the president of both the American Action Network and Congressional Leadership Fund, which have run a plethora of attack ads against Democrats.

Records filed with the Federal Election Commission show that during the 2010 election cycle alone, American Action Network reported spending more than $18 million on political advertisements—more than any other social-welfare nonprofit, according to the Center for Responsive Politics.

In this fall’s hotly contested race in Minnesota’s 8th District, it has attacked Democrat Rick Nolan for siding with the Environmental Protection Agency against a mining company. Nolan’s campaign has said the former congressman will support the mining industry “without rolling back environmental and safety regulations for workers.”

Similarly, in the highly competitive race in Ohio’s 16th District, the Congressional Leadership Fund has spent more than $1 million on ads blasting Democratic Rep. Betty Sutton. Among the reasons given to oppose Sutton in November? Her vote during the 111th Congress in support of the so-called “cap-and-trade” legislation, which sought to establish both a cap on carbon emissions and a requirement that large utilities in each state increase the percentage of electricity they produce from renewable sources.

Donors to the Congressional Leadership Fund include Alpha Natural Resources, one of the country’s leading producers of coal, which made a $5,000 donation from its corporate treasury in April.

According to the Center for Responsive Politics, the Congressional Leadership Fund has also received contributions from the political action committees connected to the Nuclear Energy Institute, the Edison Electric Institute, energy conglomerate Koch Industries, oil refining giant Valero Energy, and Exelon, which is the largest nuclear power plant operator in the United States and last year was awarded a $646 million loan guarantee by the Department of Energy for one of its solar generation subsidiaries.

Super donors Sheldon Adelson, the billionaire casino owner from Nevada, and Bob Perry, the millionaire home builder from Texas, have both given generously to the Congressional Leadership Fund.

A review of IRS filings by the Center for Responsive Politics, however, found that donors to the American Action Network include the Republican Jewish Coalition, the American Natural Gas Alliance, and Crossroads GPS, the nonprofit sister organization of conservative super-PAC juggernaut American Crossroads.

The Center for Public Integrity is a nonprofit, independent investigative news outlet. For more of its stories on this topic go here.