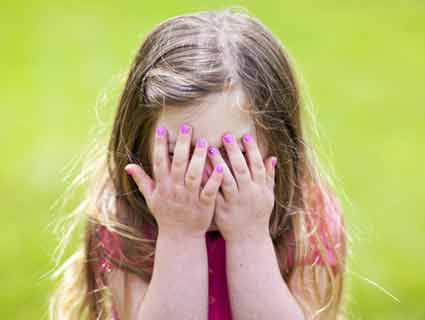 On Friday morning, 27 people were killed in a shooting at an elementary school in Newtown, Connecticut. Among the fatalities are 20 children, 6 adults, and the shooter. We’re following this story closely with regular updates here.

It seems safe to say that we’ll all remember the tragedy that unfolded on Friday at Sandy Hook school in Newtown, Connecticut for the rest of our lives. The news has been full of disturbing images: scared kids, guns, emergency responders, and families in the throes of grief. It’s enough to upset any adult. But how does exposure to news like this affect kids?

I found some hints in a 2011 paper, published in the journal American Psychologist, in which psychologists Roxane Cohen Silver of the University of California-Irvine, and Nancy Eisenberg of Arizona State University offer a useful roundup of recent research on kids’ reactions to the 9/11 terrorist attacks. While 9/11 was a different kind of tragedy than the Sandy Hook shooting, the research still sheds some light on how children process trauma.

One of the main takeaways: Watching a lot of TV coverage of frightening events does not seem to help kids (or adults) cope. Take this 2007 study out of Massachusetts General Hospital and Harvard Medical School, in which researchers observed that children who watched the most TV were more likely to experience symptoms of PTSD in the months after September 11. The researchers concluded that “Media viewing of tragic events is sufficient to produce PTSD symptoms in vulnerable populations such as children.” Similarly, in 2008, researchers from Columbia University’s psychiatry department “found children’s television use to be associated with elevated perceptions of personal vulnerability to world threats (i.e., crime, terrorism, earthquakes, hurricanes, and floods).”

And it’s not just kids that react negatively to graphic video and images. For a forthcoming study, Silver analyzed the effect of news coverage of 9/11 and the Iraq War on adults. Her team found that individuals who repeatedly exposed themselves to disturbing images were at greater risk of developing PTSD over the next two to three years. Subjects who went on to watch a lot of TV coverage of the Iraq war had an even greater likelihood of PTSD symptoms. “Based on my research, there is no psychological benefit to watching repeated pictures of horror,” says Silver.

Kids’ response to traumatic events will depend in large part upon their age and level of psychological development. “Most kids under the age of 10 don’t yet fully realize that they can’t control other people’s actions,” says Ginny Sprang, a child psychiatrist and the executive director of the University of Kentucky’s Center on Trauma and Children. “If kids are forced to confront this fact before they’re ready, it can be very anxiety-producing. For kids who are especially sensitive, you could see regression. If they are potty trained, they might slip up. They might want to sleep in the same bed as mom and dad. They might have separation anxiety at school.”

So what’s the best way to talk to your kids about the Sandy Hook tragedy? “Children tend to have the myth of invulnerability, this idea that we’re safe in the world,” says Sprang. “So when something like this happens, the first thing a child thinks is, could this happen to me? Am I safe?”

While encouraging kids to ask questions and talk about their feelings helps, research suggests that parents’ behavior might be even more important.

Sprang recommends that parents encourage kids to speak up about their feelings. “Ask kids how they feel, and what questions they have. Tell kids about everything that schools do to keep them safe, that there are adults on the job working to take care of kids.” Tailor your conversation to your child’s age level; while older kids and teenagers might be able to handle a conversation about the politics of gun control, abstract ideas will be less useful for kids in primary grades, who will want to know whether they are safe.

It’s also worth noting that while encouraging your kids to ask questions and talk about their feelings helps, research suggests that parents’ behavior might be even more important. “Parents can model healthy adaptive coping,” says Sprang. “So if parents are highly anxious and distressed, kids will be as well.” Indeed, a 2010 Columbia University study found increased levels of PTSD—and even major clinical depression—in New York City kids whose parents had restricted their travel in the six months after 9/11. By the same coin, a 2004 study in the journal Applied Developmental Science found that teenagers whose parents displayed “positive affect” after 9/11 were more likely also to display positive affect. The researchers concluded that “Parents who show positive emotional states may model positive ways of coping with stressful life events.”

To recap: Limit your child’s (and your own) exposure to disturbing news coverage. Talk to your kids, and reassure them that everyone is working hard to keep them safe. Try to send them this message of confidence not only with your words, but with your own behavior, as well. And hug them.

Of course, this troubling fact remains: Incidents like the horrific shooting in Newtown are happening with frightening frequency. That parental positive affect that those researchers described? It’s becoming harder and harder to muster.