This past month should have been the biggest month for climate change journalism in six years.

With the release of the UN Intergovernmental Panel on Climate Change’s Fifth Assessment Report in Stockholm, there were a wealth stories for journalists to pursue. Scientists are now more certain than ever that humans are causing global warming. Sea level rise projections have been increased—extremely bad news for coastal mega-cities. And researchers have  given a stark warning about the irreversibility of much of global warming, and how it will literally play out over a millennium.

But in recent weeks, we’ve seen a flood of media coverage advancing dubious claims pushed by global warming skeptics, including:

* A large number of news article headlines framed around an alleged global warming “pause” that scientists have dismissed as statistically meaningless and insignificant.

* A British tabloid, The Mail on Sunday, portraying the sixth lowest Artic sea ice level on record as a “rebound” that undermines climate science—a claim that then reverberated in conservative media and even made its way to the halls of Congress.

*Contrarian opeds in major papers minimizing the dangers of climate change and even suggesting that it might be beneficial.

Granted, this problem isn’t new: There’s a long history of the press relying on phony “balanced” coverage to cast doubt on what scientists know about the climate. That was the case even before the major cutbacks in science and environmental reporting at many media outlets over the past decade. 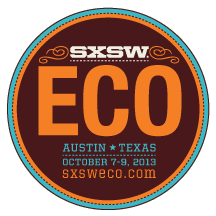 The Climate Desk Live panel will be at 4:30 pm, Central Time, on October 8 in Austin, TX. For more details, see here. SXSW Eco

At SXSW Eco, the acclaimed environment and sustainability conference, Climate Desk is convening a panel of top climate journalists to diagnose and address the media’s chronic failings in covering this issue. The event, part of our Climate Desk Live series, will be at 4:30 pm Central Time on October 8, 2013, at the Austin Convention Center, and will feature journalists Kiera Butler from Mother Jones, Suzanne Goldenberg from The Guardian, John Metcalfe from The Atlantic Cities, Phil Plait (aka the “Bad Astronomer“) from Slate, and Kate Sheppard from The Huffington Post. It will be hosted by Climate Desk’s Chris Mooney (me).

The conversation will focus on why the media at large has struggled when it comes to reporting on climate change, and on why there is so little apparent interest—from the media, politicians, and public—in understanding and addressing the climate crisis. The panelists will also cite examples of good climate journalism and explain how the media can do a better job in reporting climate change.

This panel will be live streamed on sxsweco.com, motherjones.com, and climatedesk.org. Check back here on October 8 to watch it live!