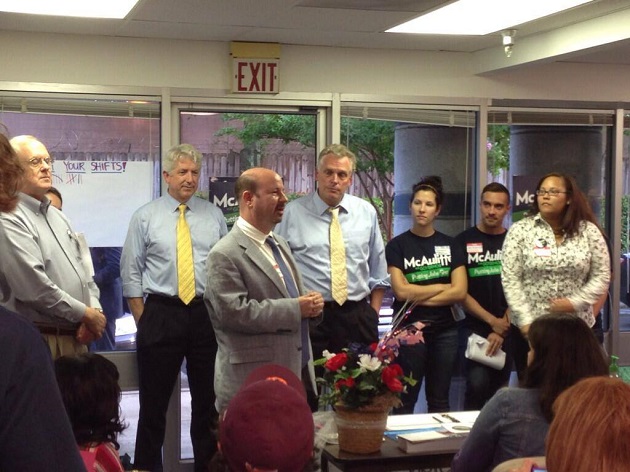 For climate researcher Michael Mann, the last few weeks have hardly been average ones in the life of a scientist and university professor.

Not exactly average—but then, as MSNBC’s Chris Hayes put it when interviewing Mann back in August, “You didn’t come to politics, politics came to you.” The story of how Mann, a self-described math and computer nerd working in an esoteric field known as paleoclimatology, wound up front and center in a nationally watched political campaign is told on the latest episode of the Inquiring Minds podcast:

As Mann explains on the show, “The last thing I ever wanted to do was to get involved in politics, to me that was anathema.” But “because of the situation I found myself in,” Mann continues, “I ultimately did grow to embrace the role that I can have in informing this debate that we’re having about potentially the most significant challenge that human civilization has faced.”

The “hockey stick” as depicted by the Intergovernmental Panel on Climate Change in 2001. IPCC Third Assessment Report

Mann’s situation traces back to the world famous “hockey stick” graph, originally published by Mann and his colleagues in a 1998 scientific paper, and then prominently displayed by the United Nations’ Intergovernmental Panel on Climate Change in its 2001 Third Assessment Report. Because of its stark depiction of just how dramatically humans have altered the climate in a relatively short time period, the figure may well be the most controversial chart in history. Not scientifically controversial, mind you: politically controversial.

“This curve became an icon in the climate change debate because it told a simple story,” says Mann of the hockey stick. “You didn’t need to understand a lot of physics and math to see what that curve was telling you: That there were unprecedented changes taking place in our climate today, and by inference, they probably have something to do with us.” 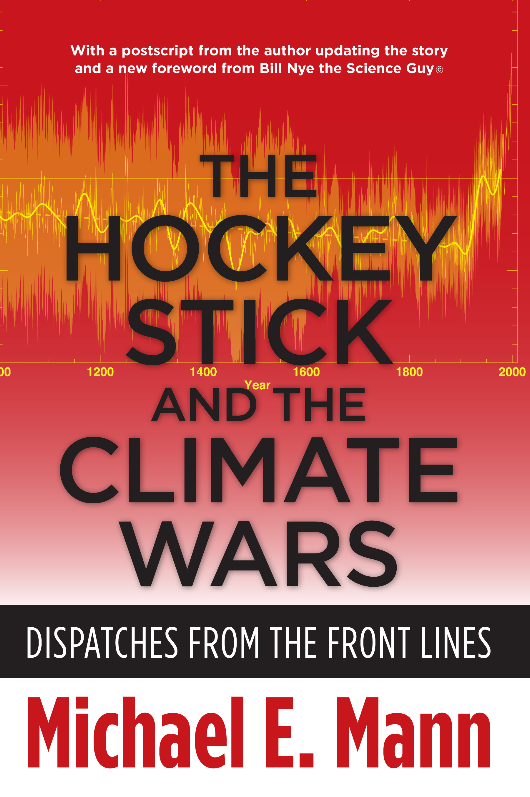 The saga of politicized attacks on the hockey stick is captured in Mann’s book The Hockey Stick and the Climate Wars: Dispatches From the Front Lines, which is just out in paperback. Suffice it to say that it’s a long and sometimes enraging tale of congressional hearings, prying data requests, dubious scientific critiques, and personal attacks that stretches back to the early 2000s, and forward through the 2009 “Climategate” controversy and all the way up to the recently concluded Cuccinelli battle. Mann had to update the paperback edition of his book extensively just to capture the latest twists and turns.

Climategate, for example, centered in part on a leaked email that referred to “Mike’s Nature trick…to hide the decline.” This was erroneously taken to mean that Mann had been involved in trying to falsely show that temperatures are rising. (If you want to know what was really being discussed in this infamous email, read here.)

Multiple investigations have cleared Mann and the other scientists involved in Climategate. In 2010, however, Cuccinelli issued a “Civil Investigative Demand” to the University of Virginia, where Mann used to work, seeking Mann’s emails and other documents related to a number of his research grants. The demand cited the “hide the decline” email as well as other leaked emails from Climategate. The university resisted and, in a case that drew dramatic media attention and widespread denunciations of Cuccinelli’s “witch hunt,” was ultimately victorious at the Virginia Supreme Court.

Emerging from this broad story, in retrospect, are at least two large ironies:

(1) There are lots of hockey stick studies, not just Mann’s. So even as the issue was personalized and made all about Mann’s research and its validity, other scientists just kept on producing hockey sticks. Mann likes to joke that there is now a veritable “hockey team.” For other hockey stick studies see here and here.

(2) By attacking Mann in such a prominent way, climate skeptics have made him vastly more influential, politically and otherwise, than he might otherwise have been. For instance, Mann was just named one of the “50 Most Influential” people by Bloomberg Markets. Cuccinelli’s demands of the University of Virginia gave Mann a new stature that, in turn, empowered Mann to directly campaign against him.

To see how prominent Mann and his story ultimately became in the Virginia gubernatorial election, just watch this ad from the McAuliffe campaign:

Granted, the climate issue, and the issue of Cuccinelli’s pursuit of Mann’s files, did not tip the Virginia gubernatorial race all on their own. Overall, the most powerful electoral strike against Cuccinelli seems to have been his association with the government shutdown brought on by House Republicans. Still, Mann says, “the issue of ideologically driven anti-science, which was symbolized by Ken Cuccinelli, I think that did fit into a larger narrative of a dangerous candidate who was driven by ideology over logic and science, and substance. And I think in the end, that was the difference.”

Mann is well aware of how much of a departure campaigning against a Republican candidate is for a scientist. In the science community, there has long been discomfort with “advocacy” in its many forms, with the overtly political perhaps topping the list of scientific no-nos. Mann counters, though, that he’s no political operative: It’s just that this particular race, and this particular candidate, affected him so directly that he got involved.

“I felt like I had to fight back not just for myself, but to make it clear to other scientists that we do need to defend our science, not just because it’s the right thing to do scientifically, but because the implications are so profound in this case,” he says. How profound? “We are engaged in an unprecedented and uncontrolled experiment with the one planet that we have,” says Mann. Politicians who seek to undermine this reality now have something new to worry about: That scientists, inspired by Mann, may not simply sit by and watch it happen any longer.

To listen to the full interview with Michael Mann, you can stream below:

This episode of Inquiring Minds, a podcast hosted by best-selling author Chris Mooney and neuroscientist and musician Indre Viskontas, also features a discussion of the myth that left-brained people are logical and right brained people are creative, and the legacy of Carl Sagan and its lessons for today’s science wars.