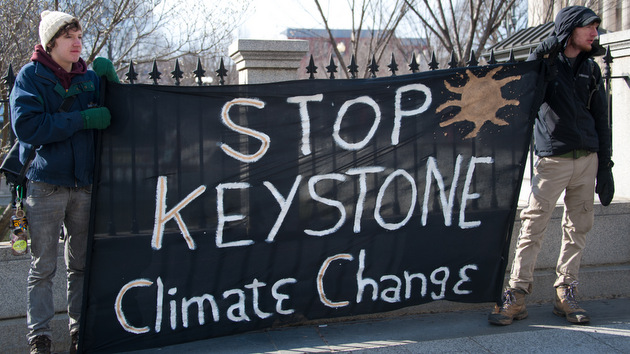 This story originally appeared in the Guardian and is reproduced here as part of the ClimateDesk collaboration.

This was the year when climate change came out of the closet.

Barack Obama elevated climate change to one of his top presidential priorities. White House and other officials brought up the topic in public after spending the previous four years scuttling away from any mention of climate change. Climate change became a factor in state elections and there were polls suggesting even Republicans in the most conservative states wanted to take measures to avoid a future of dangerous climate change.

But it was also a year when Obama claimed as a personal achievement the expansion of oil and gas production through hydraulic fracturing, and when the coal industry sent coal overseas to rescue the mines closing down at home.

Barack Obama used the January 21 inaugural address for his second term in the White House to renew his commitment to respond to the climate crisis “knowing that failure to do so would betray our children and future generations”.

He linked climate change to Hurricane Sandy and the other extreme weather events of 2012 and took a swipe at climate deniers.

He was even more forceful in his first State of the Union address on February 12, seizing the moment to put Republicans on notice: “If Congress won’t act soon to protect future generations, I will.”

He said he would direct government, including the Environmental Protection Agency, to use its authority to cut greenhouse gas emissions, promote renewable energy, and protect communities from future climate change.

Obama delivered on that promise on June 25 in another landmark speech in which he directed the Environmental Protection Agency to take measures to cut emissions from new and existing power plants. 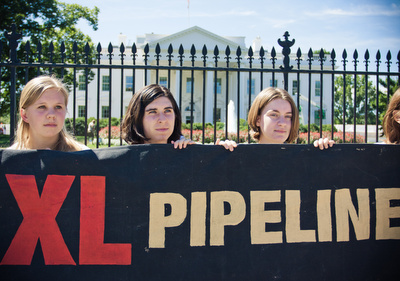 The president also raised hopes that he would block the Keystone XL pipeline, which would open up new routes for crude from the Canadian tar sands, saying he would weigh the project’s climate impacts when making his decision.

Power plants account for about 40 percent of America’s carbon dioxide emissions, the largest source of carbon pollution. The directive put America back on track towards meeting its commitment to cut greenhouse gas emissions 17 percent from 2005 levels by the end of this decade.

“This is the year when they really started acting,” said Andrew Steer, president of the World Resources Institute. “I see a little more muscularity.”

It was also, possibly, the year when climate change ceased to be seen as political poison.

In the Virginia governor’s race, Democrat Terry McAuliffe ran television ads attacking his opponent, Ken Cuccinelli, as a climate change denier, and won. A number of polls suggested Republicans, even in conservative states, were growing concerned about climate change and wanted action.

“We see a political dynamic in motion that is headed in a good direction,” Peter Altman, the climate director for the Natural Resources Defense Council, told a conference call with reporters.

In the states, right-wing efforts to repeal regulations requiring power companies to use wind and solar power were defeated in Kansas, North Carolina, and Ohio.

Meanwhile, there was a steady beat of reminders of the dangers of climate change. The year did not repeat the extremes of 2012, which brought drought, Hurricane Sandy, and a string of extreme temperatures, producing America’s hottest year on record. 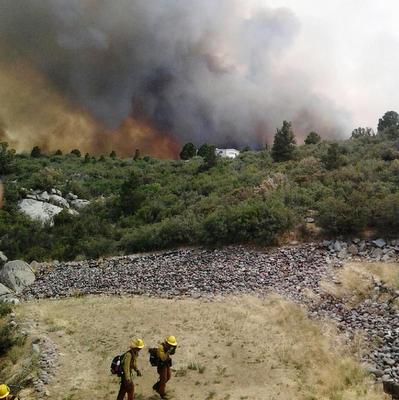 US Department of Agriculture/Wikimedia Commons

But there were still cases of the wild weather and wildfires that are expected to rise under climate change.

On June 30, 19 firefighters died fighting a wildfire near Yarnell, Arizona that had been fuelled by strong winds, 38°C temperatures, and a drought that has devastated the southwest. It was the biggest loss of life in a wild-land fire since 1933.

A 200-mile swathe of Colorado was left underwater after record rainfall in September. An early blizzard in October dumped 60 cm of snow in a single day on South Dakota, killing tens of thousands of cattle.

Obama was taking action on climate change in the international arena too. On June 8, Obama and the Chinese president, Xi Jinping, agreed to work with other countries to reduce the use of HFCs, the coolants that are one of the most potent greenhouse gases. In November, US negotiators played a constructive role in coming to an agreement at the international climate talks in Warsaw.

Beyond the political landscape, however, there were mixed signs. For the first time, there were more new solar, wind, and other renewable energy plants built than coal and oil combined. Warren Buffet’s utility ordered $1 billion worth of new wind turbines for Iowa, and 39 coal plants shut down or announced plans to retire. No new coal plants came on line. 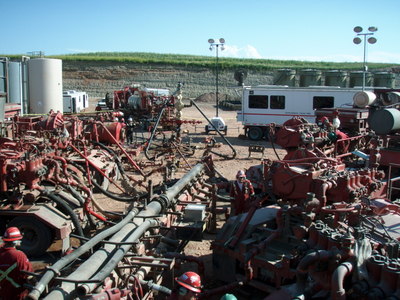 But there was no let-up in the fracking boom that has turned America into an energy superpower–and is burning up stores of carbon that the UN’s climate science panel said should be left in the ground to avoid a future climate disaster.

There were also few positive signs the EPA and other regulators were getting out ahead and putting stronger controls on the oil and gas industry. Campaigners urged the EPA to come out with strong controls on leaks of methane, a potent greenhouse gas. They rued a decision by the EPA to walk away from three earlier investigations of water contamination linked to fracking.

“If you want to understand how people will remember the Obama climate legacy, a few facts tell the tale: By the time Obama leaves office, the US will pass Saudi Arabia as the planet’s biggest oil producer and Russia as the world’s biggest producer of oil and gas combined,” the climate campaigner Bill McKibben wrote in Rolling Stone.

“In the same years, even as we’ve begun to burn less coal at home, our coal exports have climbed to record highs. We are, despite slight declines in our domestic emissions, a global-warming machine: At the moment when physics tell us we should be jamming on the carbon brakes, America is revving the engine.”

In other areas too, there was retreat or uncertainty. The Food and Drug Administration continued to sit on a decision whether to allow the first genetically modified food animal–a fast growing salmon raised at an experimental research station in the hills of Panama.

Obama came out strongly for elephant conservation, ordering the public destruction of America’s cache of seized illegal ivory. But the US Fish and Wildlife Service on December 16 proposed stripping grey wolves of protections across the country. The federal government also indicated it would move ahead to remove protections for grizzlies in the Yellowstone area. 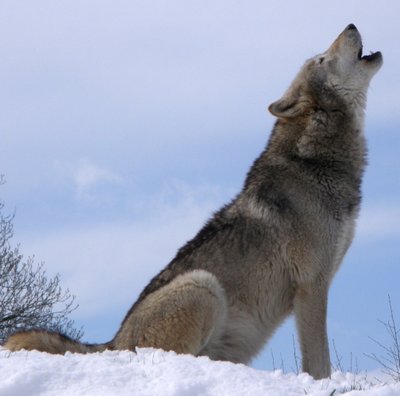 Conservationists said the decision could jeopardize the successful effort to bring grey wolves back from the point of extinction.

“They are essentially abandoning wolf recovery before the job is done,” said Noah Greenwald, the endangered species director at the Centre for Biological Diversity. “The numbers are just 1 percent of what they were historically. In the areas where wolves did recover, it is a small fraction of their former range, or even a small fraction of the available habitat.”

As the year drew to a close, however, there was a new note of optimism when the experienced operative John Podesta returned to the White House to guide its climate change efforts and other programs. Podesta has a strong environmental record and campaigners thought he would be able to pursue the climate change agenda more forcefully than previous White House advisors.

But Obama had yet to prove himself on one of the biggest environmental decisions of his presidency: the Keystone XL pipeline.

“Whether he likes it or not, whether he kicks it down the road, this decision on Keystone is his,” said Betsy Taylor, a climate strategist who has mobilized prominent Obama supporters to prevail on him to reject the project. “This is one of the biggest decisions he is going to make, and it is going to send a really strong signal to the world, especially because he chose to frame it as carbon.”