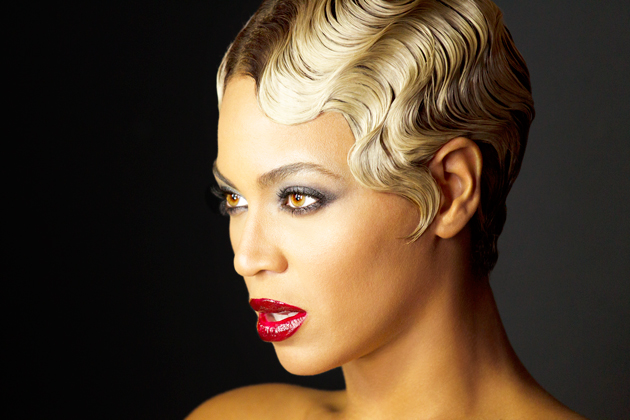 Last Friday, in an act of screw-you-I’m-Beyoncé badassness, the singer and Columbia Records dropped her entire self-titled fifth album exclusively for digital download on iTunes. Of course, it’s not the first digital launch, but it’s one of the most successful: So far, Beyoncé has smashed records, moving more than 800,000 electronic copies in just three days to become the US iTunes Store’s fastest-selling album ever; it is currently No. 1 on iTunes in 104 countries, and it’s only a matter of time before it takes pole position on the Billboard 200. As Beyoncé raps on the track “Flawless”: Bow down bitches.

While the world collectively freaks out over the singer’s scarily impeccable secrecy (a leaky NSA could learn a few tricks), let’s take a moment to enjoy what Beyoncé’s digital-first release means for the planet. Given its size, and recent industry trends, this may well be one of the most climate-friendly major studio releases yet.

Beyoncé has promised physical CDs (remember those?), saying they’ll hit shelves in time for stocking-stuffing. And while we don’t know yet how many of them she plans to issue, there’s reason to believe that digital downloads are beginning to erode the need for a massive physical rollout: Target, estimated to be the nation’s fourth-biggest music retailer, has already decided not to sell the CD version because of low sales projections.

This chart, from MusicTank, shows just how little energy it takes to consume a three-minute track of digital music, compared to a physical CD: 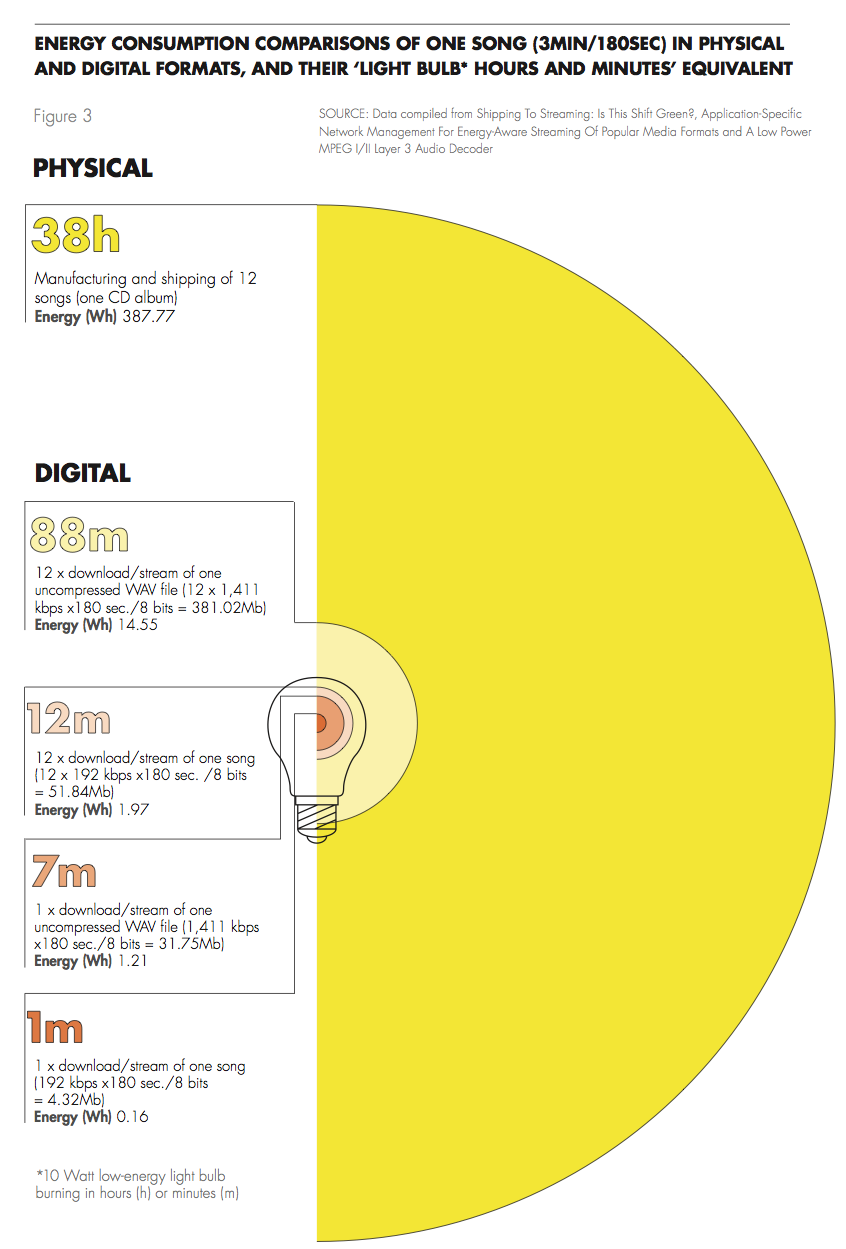 MusicTank compares the energy consumption of various ways to listen to music. “The Dark Side of the Tunes” report by MusicTank, at the University of Westminster.

According to the Record Industry Association of America, digital music accounted for nearly 60 percent of the total US market last year (by dollar value), after crossing the 50 percent mark for the first time in 2011. At the same time, the physical CD market has declined in value, from $3.4 billion in 2011 to $2.8 billion in 2012, according to RIAA numbers. It’s not only iTunes—which says it is the world’s most popular music store—but also the rise of streaming services like Pandora and Spotify, which last year accounted for 15 percent of the industry, compared to 3 percent just five years before. As album sales (distinct from singles sales) declined in the first nine months of this year compared to the same period in 2012, the digital proportion of those sales went up, according to Nielsen figures reported by Billboard.

Research shows that this shift to digital is a net win for the planet. According to the EPA, 100,000 pounds of CDs “become obsolete“—either outdated, useless or unwanted—every month. CDs are made from polycarbonate plastics and a layer of a reflective metal like silver or gold, and can be recycled by companies that crush and blend them into other plastics. (Rules on whether you can put them in your recycling bin vary from place to place.) Purchasing Beyoncé on iTunes instead of as a CD could result in a greenhouse gas emissions savings of between 40 and 80 percent, according to a 2009 study for Intel and Microsoft by researchers from a group drawn from Carnegie Mellon University, Lawrence Berkeley National Laboratory, and Stanford. The lower end of that estimate assumes users finally burn their music to CDs; the upper end is pure downloads.

While CD production has largely stayed the same since 2009, online music has gotten greener.

One of the researchers, Jonathan Koomey, a research fellow at Stanford, told me that while the carbon footprint of CD production has largely stayed the same since 2009, when the study was published, online music has gotten greener. “A CD is still a CD, and it’s pretty likely that the delivery of that CD is not very different from three or four years ago,” he says. “But typically the internet doubles in efficiency every couple of years, and so the picture is even better for downloads now than it was a few years ago.”

Another 2009 study found the average compact disc sold in the UK produces around 2.2 pounds of greenhouse gases across its lifecycle: recording, manufacturing, packaging, distribution, transport, and promotion. Packaging accounted for more than a third of these emissions. (Beyoncé’s record and its videos were produced around the globe in Australia, the United States, France and Brazil; we’re still waiting for some enterprising climate mathematician to calculate the total carbon miles spent.)

And let’s not forget Beyoncé’s complete lack of pre-promotion for the album. Every year, tens of thousands of embargoed CD singles are shipped to radio stations to set the hype machine in motion. (I used to work at a radio station and can attest to the teetering towers of plastic that haunted staff members tasked with health and safety.) A United Kingdom report from data collected in 2009 for the British Recorded Music Industry and the Association of Independent Music (UK) shows the current emissions from promo CDs from the indie music sector alone is around 1,700 metric tons—equivalent to more than three times the annual energy, water, and waste emissions from a single music arena. By completely switching to digital delivery of these releases, the independent music sector could save 1,525 metric tons of CO2 annually. That’s a reduction of 86 percent.

One caveat: While streaming once is, by far, better than buying a physical CD, streaming multiple times begins to wrack up energy consumption. (Server farms and your internet connection use energy to deliver you that product.) A report by MusicTank—a business development organization based at the University of Westminster (UK)—shows that streaming an album of 12 tracks just 27 times by one user would, in energy terms, “equate to the production and shipping of one physical 12-track CD album.”

Another potential downside: Streaming and downloading don’t pull in as much revenue for the artists. Beyoncé raps on “Haunted,” somewhat audaciously for a woman swimming in cash: “Probably won’t make no money off this, oh well.” Oh well, indeed.

Correction: The caption to the chart above has been corrected. MusicTank is based at the University of Westminster, not Winchester.