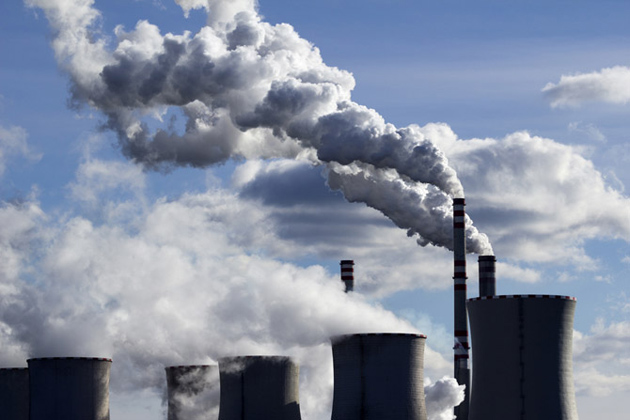 
This story was originally published in the Guardian and is reproduced here as part of the Climate Desk collaboration.

Campaigners are looking to Barack Obama to expand his use of executive powers to deliver action on climate change in Tuesday night’s State of the Union address.

Obama unveiled a sweeping climate plan last June, after warning in last year’s State of the Union address that if Congress did not act on climate change, he would.

The president is expected to reaffirm his commitment to that plan in Tuesday night’s address, defending his decision to direct the Environmental Protection Agency to cut carbon dioxide emissions from power plants.

He is also expected to offer details on actions by other federal government agencies to reduce greenhouse gas emissions, promote wind and solar energy, and prepare for a future under climate change.

“I am sure it will be part of his comments in the State of the Union,” Carol Browner, who served as White House climate adviser in Obama’s first term, told a conference call with reporters. “What we see is a real commitment to moving us forward.”

The agency plans to release the next set of proposed rules, which would limit emissions from existing plants, by June of this year.

Obama was widely expected to use the spotlight on Tuesday night to try to get the public behind the new power plant rules, that are at the core of his climate plan.

But Heather Zichal, another former Obama climate adviser, said she expected other federal government agencies to take up climate change.

Zichal said last week she expected the president to press for further tax credits and other incentives to promote renewable energy.

Protesters plan to encircle Congress with a giant inflatable pipeline.

But campaigners will be looking for Obama to expand even more on his climate plan.

They are also unlikely to be happy with Obama’s continued promotion of oil and gas drilling, something they say is incompatible with action on climate change.

Obama was widely expected to talk up domestic oil production in the speech. “I expect we will hear a message that is consistent with the ‘all of the above’ message we have heard before,” Jason Bordoff, director of Columbia University’s Center on Global Energy Policy, said.

Last year was the fourth hottest year on record, according to the National Oceanic and Atmospheric Agency. Despite Obama’s directive to the EPA, US carbon dioxide emissions rose 2 percent in 2013, because power plants burned more coal.

Without additional measures, America will fail to meet its commitment to cut emissions by 17 percent from 2005 by 2020.

Campaigners said they were looking to Obama to promise action on rising methane emissions produced by the country’s shale boom.

There were also calls for Obama to use the speech to reject the proposed Keystone XL pipeline, which will transport crude oil from the Alberta tar sands to refineries on the Texas coast.

“From our perspective, there is just no way, no how this tar sands oil gets out of the ground,” said Gene Karpinski, who heads the League of Conservation Voters.

A political action committee founded by the former hedge fund manager and Keystone opponent, Tom Steyer, has bought ads to air on the MSNBC cable network on Tuesday night, urging Obama to reject the project.

In Washington, protesters were planning to encircle Congress with a giant inflatable pipeline.

However, it is extremely unlikely the president will announce a decision on Keystone XL in his speech.