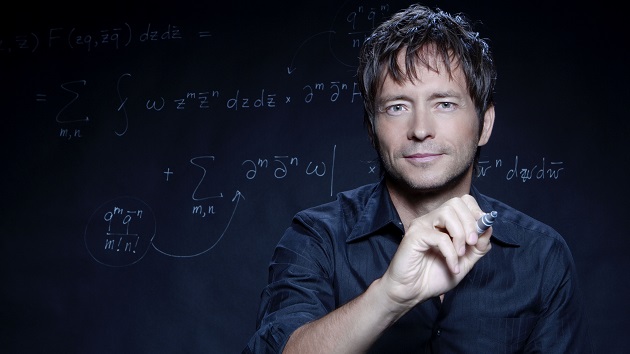 As Edward Frenkel sees it, the way we teach math in schools today is about as exciting as watching paint dry. So it’s not surprising that when he brings up the fact that he’s a mathematician at dinner parties, eyes quickly glaze over. “Most people, unfortunately, have a very bad experience with mathematics,” Frenkel says. And no wonder: The math we learn in school is as far from what Frenkel believes is the soul of mathematics as a painted fence is from “The Starry Night” by Van Gogh, Frenkel’s favorite painter.

The Russian born University of California-Berkeley mathematician, whose day job involves probing the connections between math and quantum physics, wants to change that. Rather than alienating drudgery, Frenkel views math as an “archipelago of knowledge” that’s universally available to all of us, and he’s been everywhere of late spreading the word. In particular, Frenkel is intent on warning us about how people are constantly using (or misusing) math to get our personal data, to hack our emails, to game our stock markets. “The powers that be sort of exploit our ignorance, and manipulate us more when we are less aware of mathematics,” said Frenkel on the latest episode of the Inquiring Minds podcast. If you hated math in high school, maybe that will catch your attention.

Frenkel’s paean to math begins with an emphasis on its unifying nature. To him, math—not religion—is the one shared body of firm, unchanging knowledge that we all possess and that nobody can ever take away from us. “You meet someone, you don’t know where they come from, what language they speak, what is their background,” he says. “But you already know that there is so much you have in common, because all the mathematical ideas that have ever been discovered, we all share them.” If you met an alien intelligence, the same would be true. Math never changes. It sometimes has discoverers, but never authors or owners. “It’s a great equalizer,” Frenkel says.

The implications of math’s universality, incidentally, are downright spooky. Take this New York Times essay by Frenkel, contemplating whether the fact that math works so perfectly and without fail suggests we might be living in a Matrix-like simulation. For a while, it was the most viewed article on the paper’s website. The question of why math works to describe the universe, even as we also just happen to have brains that can understand it, is a pretty momentous one. Or as Galileo put it:

Philosophy is written in this grand book, the universe, which stands continually open to our gaze. But the book cannot be understood unless one first learns to comprehend the language and read the letters in which it is composed. It is written in the language of mathematics, and its characters are triangles, circles, and other geometric figures without which it is humanly impossible to understand a single word of it; without these, one wanders about in a dark labyrinth.

Such contemplations have driven more than one scientist to God. But then, hey, it could just be Agent Smith.

Deep philosophical dives aren’t Frenkel’s only approach to math popularization: His leading approach is egalitarian. Liberal. He argues that today, and often to our peril, we leave the tough math to experts—whether they are working on quantum physics, stock market trajectories, or encryption systems that are supposed to protect our data.

But our mathematical illiteracy can have disastrous consequences. Case in point: Frenkel blames the global economic crisis of 2008-09 on inadequate mathematical models used by bankers and traders to predict the financial markets. “We should all have access to the mathematical knowledge and tools needed to protect us from arbitrary decisions made by the powerful few in an increasingly math-driven world,” writes Frenkel in his book, Love and Math: The Heart of Hidden Reality. “Where there is no mathematics, there is no freedom.”

Or take another example: Last year in Slate, Frenkel explained how the NSA manipulated math in order to install secret “backdoors” in the encryption systems that are supposed to protect our data. That’s what allows the agency to hack into our emails and personal information. The math is very high level, involving a field called “elliptic curve cryptography,” but in this highly watched YouTube video Frenkel explains it pretty simply:

Or take yet another example of people using math to take advantage of us. Frenkel has also explored how attempted changes to the formula for calculating the consumer price index, or CPI—a measure of inflation that is crucial to any number of economic policies and decisions—in effect represent a stealth way to raise our taxes and cut Social Security benefits. But we just shrug because it’s math, says Frenkel. “I’m not even going to try to understand what this formula is,” he says, summing up the typical thought process. “If they’re telling me it should be replaced, it should be replaced.”

In other words, you might call it the politically progressive, look-out-for-the-little-guy case for math literacy. “Mathematics equals rigor plus intellectual integrity times reliance on facts,” adds Frenkel in his book.

Certainly, Frenkel makes a strong case that going through the world in a math-illiterate state is equivalent to having your defenses down. You won’t understand the algorithms that Facebook, Amazon, and Google are using to populate your screen with stuff they want you to buy. You won’t know how safe you are on the internet. And you won’t see the next big economic shenanigan coming until it’s too late. 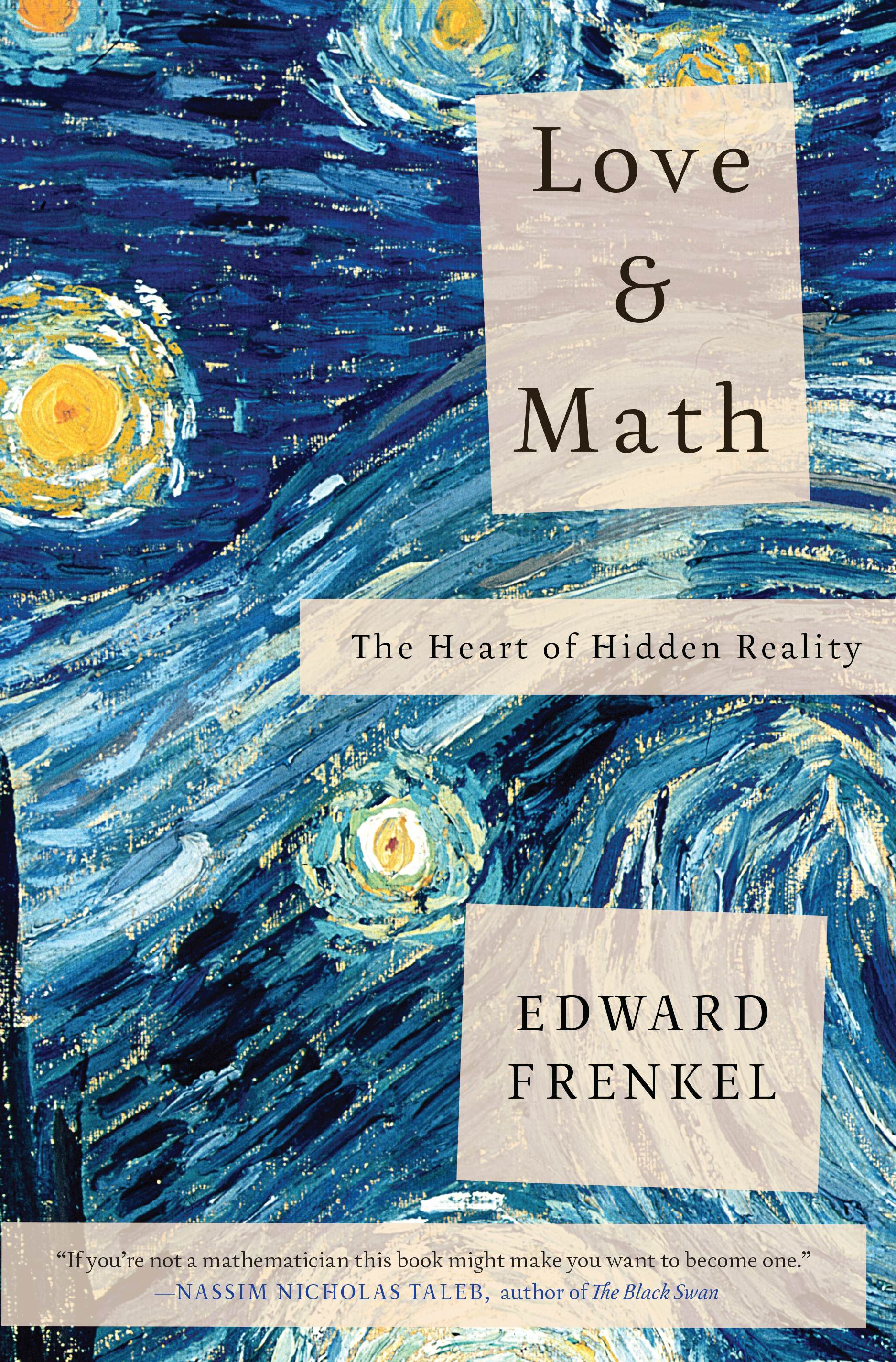 But the question is, is such understanding really possible or plausible for most people? Most of us think that in order to truly appreciate the mysterious beauty of mathematics, we need to study it intensely for a long period of time. Not so, insists Frenkel. While most of us learn the basics of biology in school and have at least a rudimentary understanding of fundamental concepts like genetics and evolution, we generally don’t even know what the fundamental concepts of high-level mathematics are. But Frenkel insists that we need not suffer through years of math study to grasp the key mathematical ideas. Rather, we can learn “a few chords,” he says, just as we can on the guitar.

So here comes one of those chords: Frenkel thinks that rather than learning something ancient and dry like Euclidean geometry, we should all understand the principle of symmetry. It’s a very simple idea, but also a concept that is “incredibly powerful,” says Frenkel, and one that is relevant across geometry, algebra, and other aspects of math. An object is symmetrical insofar as it is the same no matter what you do to it; it is invariant despite transformations. Like a round glass: “If I turn away, and you rotate it, and I look back, I will not know the difference,” says Frenkel.

Symmetry may seem like a simple idea. But the mathematics of symmetry quickly grow elaborate, and thinking about symmetry actually played an important role in the discovery of quarks, the elementary particles that comprise protons and neutrons.

Certainly, symmetry is not the kind of thing that you learned in your boring high school math classes; and for Frenkel, that’s the problem. “What most people talk about when they say the word ‘math’ is not really math—it is painting fences,” says Frenkel. Not only is that a tragedy, it’s a disadvantage.

And that’s why you should care about math. Forget the idea that it’s alienating and hard. According to Frenkel, life is hard without it.

To listen to the full podcast interview with Edward Frenkel, you can stream below:

This episode of Inquiring Minds, a podcast hosted by neuroscientist and musician Indre Viskontas and best-selling author Chris Mooney, also features a discussion about whether offshore wind farms can protect our coasts from hurricanes, and new insights on the possible physical location of memory within the brain.