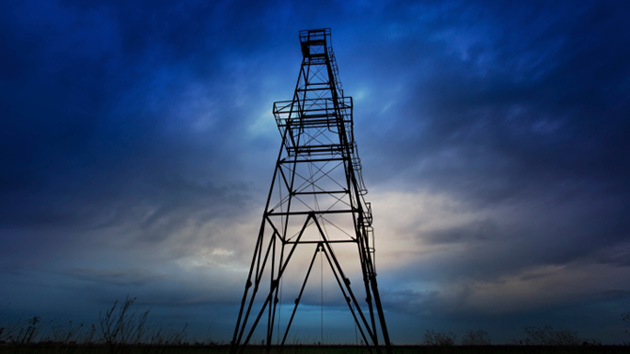 
This story was originally published by the Guardian and is reproduced here as part of the Climate Desk collaboration.

The White House on Friday opened the way to cutting emissions of methane from the oil and gas industry, saying it would study the magnitude of leaks of the powerful greenhouse gas.

The announcement seemed designed to please the international community—which is meeting in Yokohama to finalize a blockbuster climate report—as well as environmental groups suing to force the Obama administration to regulate the oil and gas industry.

The new strategy announced by the White House on Friday did not immediately direct the Environmental Protection Agency to begin drafting new climate regulations for the oil and gas industry.

Instead, the White House said the EPA would undertake a series of studies to determine the magnitude and prevalence of methane leaks from fracking sites, compressors, and gas pipelines.

The agency would decide by the autumn of 2014 whether to propose new controls on the industry. “In the fall, we will determine the best path forward to get reductions,” a White House official told a conference call with reporters.

If the EPA does go ahead and propose new rules, the White House official said the agency would aim to complete the process by the time Obama leaves office.

Methane—the primary component of natural gas—is more than 80 times more powerful as a greenhouse gas than carbon dioxide over a 20-year time frame. Oil and gas sites are the biggest industrial source of methane.

The gas accounted for about 14 percent of US climate pollution in 2013, according to the EPA’s greenhouse gas inventory, and that share is expected to grow.

Environmental groups have been pressing Barack Obama for months to come up with a plan to cut methane.

Without those controls, Obama cannot meet his commitment to cut US greenhouse gas emissions by 17 percent from 2005 levels.

There are big political risks in taking on America’s powerful oil and natural gas interests.

Obama has embraced “natural gas” as part of his all-of-the-above energy strategy, arguing that the shale revolution would help move the US away from more heavily polluting coal. But there is growing evidence methane leaks are far more pervasive than originally thought.

Methane is escaping into the atmosphere from all along the supply chain—from flaring gas wells that light up the night sky in North Dakota to aging pipes in the Northeast.

A study published by the National Academy of Sciences last November found that the EPA had grossly underestimated methane releases from gas drilling.

Methane pollution is projected to increase to a level equivalent to over 620 million tons of carbon dioxide pollution in 2030 without additional action to reduce emissions.

The White House said the EPA would propose new rules for future landfills in the summer of 2014, and was considering new regulations on existing landfills.

The Department of Energy will meanwhile begin exploring the potential of capturing and storing methane in underground waste dumps.