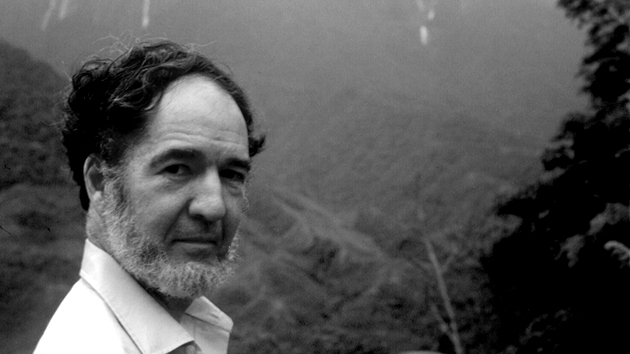 Jared Diamond didn’t start out as the globe-romping author of massive, best-selling books about the precarious state of our civilization. Rather, after a Cambridge training in physiology, he at first embarked on a career in medical research. By the mid-1980s, he had become recognized as the world’s foremost expert on, of all things, the transport of sodium in the human gall bladder.

But then in 1987, something happened: His twin sons were born. “I concluded that gall bladders were not going to save the world,” remembers Diamond on the latest episode of the Inquiring Minds podcast. “I realized that the future of my sons was not going to depend upon the wills that my wife and I were drawing up for our sons, but on whether there was going to be a world worth living in in the year 2050.”

The result was Diamond’s first popular book, The Third Chimpanzee: The Evolution and Future of the Human Animal. It’s the book that came before his mega-bestseller Guns, Germs, and Steel, but it very much lays the groundwork for that work, as well as for Diamond’s 2005 ecological jeremiad Collapse: How Societies Choose to Fail or Succeed. In a sense, The Third Chimpanzee ties together Diamond’s thinking: It’s a sweeping survey of who we humans are—evolutionarily speaking, that is—and what that says about whether we can solve the “various messes that we’re making now,” in Diamond’s words. And this month, The Third Chimpanzee has been released in a new, shortened, and illustrated edition for young adults, underscoring Diamond’s view that our entire future now depends on “enabl[ing] young people to make better decisions than their parents.”

In other words, if you want to boil down Diamond’s message these days to its essence, it would be something like this: Go forth, young chimpanzees, and clean up the mess we made. (Or else.) For Diamond, the story of who we are is also the story of what we must do. The younger among us, anyway. 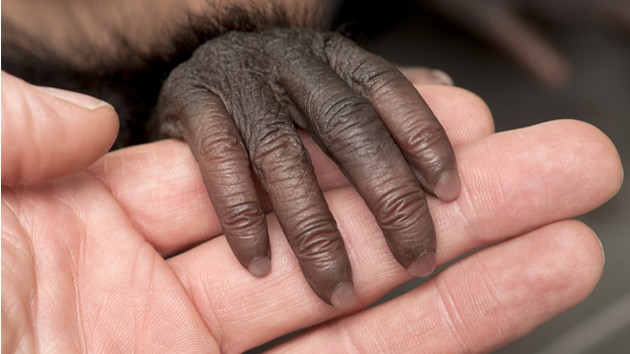 Jared Diamond’s new edition of The Third Chimpanzee is directed at all the young chimpanzees out there, who had better be wiser than their parents. GlobalP/Thinkstock

So who are we? From the perspective of genetics, we are clearly the third species of chimpanzee. Our DNA is only 1.6 percent different from that of either chimps or pygmy chimpanzees (today more commonly called bonobos). “The reason why you and I are talking, and we’re not locked up in cages—whereas chimpanzees are not talking, and are locked up in cages—all that lies in 2 percent of our DNA,” explained Diamond on Inquiring Minds.

In fact, as Diamond emphasizes in his book, we are more genetically similar to chimps than many other closely related species are to one another. Gorillas and chimps, for instance, are 2.3 percent different, which means that chimps are considerably closer to us than to their other nearest primate relatives. Or, consider two very closely related songbird species: the red-eyed and white-eyed vireo. They are 2.9 percent different, notes Diamond.

So what makes humans so seemingly special? Until pretty recently, we weren’t. All the way up to 80,000 years ago, we were just “glorified chimpanzees,” in Diamond’s words. But then, something changed. Diamond calls it the “Great Leap Forward.” “The first art appears, necklaces, pierced ostrich shells,” he says. “There’s rapid invention of tools, implying that even though our brains had been big for hundreds of thousands of years, we were not doing much interesting with these big brains—at least nothing that showed up preserved in the fossil record.”

We’re still not sure what brought on the Great Leap Forward. There wasn’t any big environmental change that drove us to adapt; all this happened in the middle of an Ice Age. Diamond’s hypothesis is that it was the development and perfection of spoken language that catapulted us forward, making possible teamwork, collaboration, planning, long-distance trade, and much more. Whether for lack of vocal capacity, brain development, or some other reason, chimps never made this leap. “A baby chimpanzee that was brought up in the home of a clinical psychologist couple, along with their baby, by age two, the chimpanzee could pronounce only four consonants and vowels, and it never got better,” says Diamond. “But if all you can say is, bi, ba, di, do, that doesn’t get you Shakespeare, and it also doesn’t let you discuss how to construct atomic bombs and bows and arrows.” 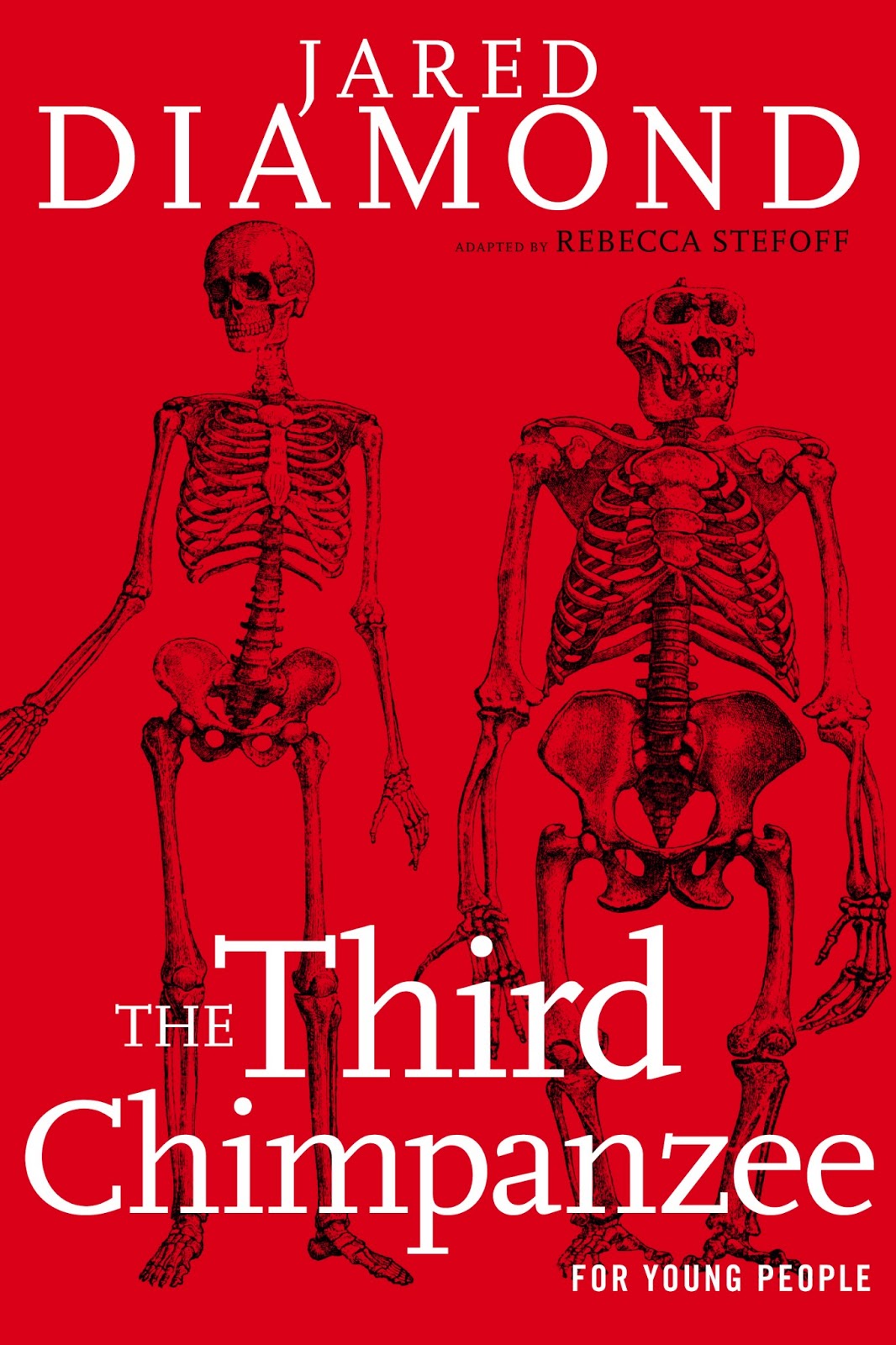 In this view, the downstream consequences of language acquisition are, basically, everything that stands out about human civilization. That ranges from the highly beneficial—the dramatic growth in life expectancy—to the mixed: technologies that have significant benefits but also huge costs (like, say, devices to exploit fossil fuels for energy). And most of all, it includes environmental despoilment and resource depletion. “At present, we, humans, are operating worldwide on a nonsustainable economy,” Diamond says. “We’re exploiting resources, water, energy sources, fisheries, forests at a rate such that most of these resources will get seriously depleted within a few decades.”

As a result, Diamond believes that our big brains are now setting us up for a major fall—a Great Leap Backward, if you will. “We are now reversing our progress much more rapidly than we created it,” writes Diamond in the new The Third Chimpanzee. “Our power threatens our own existence.”

In our interview, host Indre Viskontas asked Diamond where he thought humanity would be 100 years from now. What’s striking is that he wasn’t positive that the modern world, as we know it, would be around at all. It all depends, he says, on where we are at 2050:

In 2005’s Collapse, Diamond provided a great deal more detail on how ecological despoilment led to the collapse of other societies, such as the Easter Islanders, who cut down all their trees. The difference now, however, is that globalization causes our peril to be more widely distributed, kind of like a house of cards. “In this globalized world,” Diamond says, “it’s no longer possible for societies to collapse one by one. A collapse that we face, if there is going to be a collapse, it will be a global collapse.”

And yet despite all of this, Diamond says he’s “cautiously optimistic” about the future of humanity. What exactly does that mean? “My estimate for the chances that we will master our problems and have a happy future, I would say the chances are 51 percent,” explains Diamond. “And the chances of a bad ending are only 49 percent.”

Not everybody agrees with Diamond that we’re in such a perilous state, of course. But there is perhaps no more celebrated chronicler of why civilizations rise, and why they fall. That is, after all, why we read him. So when Diamond says we’ve got maybe 50 years to turn it around, we should at least consider the possibility that he might actually be right. For if he is, the consequences are so intolerable that anything possible should be done to avert them.

Which brings us back to his book for young people—or, perhaps more accurately, for young chimpanzees. “This is the spirit in which I dedicate this book to my young sons and their generation,” writes Diamond in the new edition. “If we learn from the past that I have traced, our future may be brighter than that of the other two chimpanzees.”

To listen to the full interview with Jared Diamond, you can stream below:

This episode of Inquiring Minds, a podcast hosted by neuroscientist and musician Indre Viskontas and best-selling author Chris Mooney, also features a discussion of the science (and superstition) behind this week’s “blood moon,” and the case of K.C., the late amnesiac patient who taught us so much about the nature of human memory.