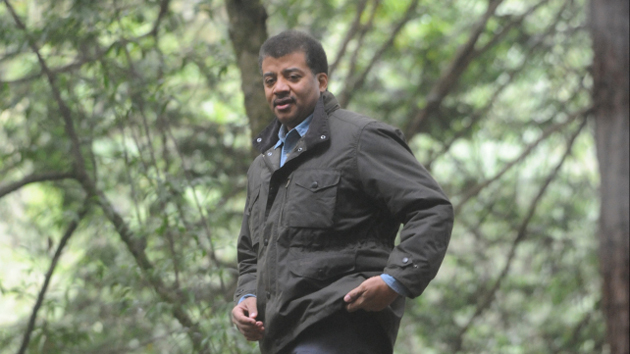 Last night’s episode of Fox’s Cosmos series didn’t seem political or controversial, at least on the surface. Rather, it introduced us to the world on the molecular and atomic scale, at one point venturing inside of a dewdrop (packed with extremely cool tiny organisms like tardigrades) and, later, inside of a plant cell. It was kind of reminiscent of what you learned in your ninth grade bio class—albeit much less sleep inducing.

Yet fresh from ticking off creationists, this time around host Neil deGrasse Tyson managed to work in the science of climate change.

Plants, after all, are the reigning global masters of clean energy. They use 100 percent solar power: The chloroplast, the so-called “powerhouse” of a plant cell, is a “3-billion-year-old solar energy collector” and a “submicroscopic solar battery,” as Tyson put it. Basically, chloroplasts use sunlight, carbon dioxide, and water to store energy in sugars, and give off oxygen as a byproduct. And without this fundamental green energy technology, life on this planet as we know it wouldn’t exist. 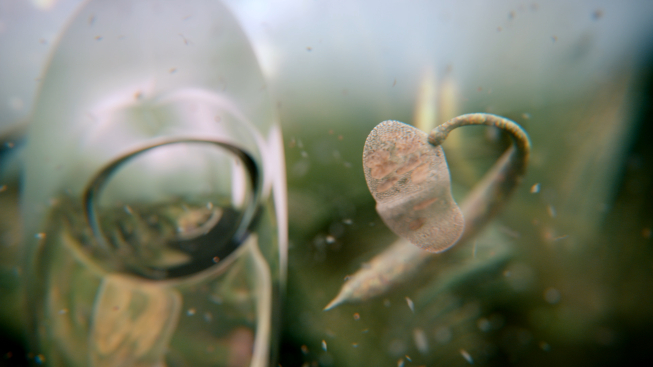 Cosmos tours the happenings inside a dewdrop, and within the cells of plants. Fox

That’s where Tyson brought up climate change. Here’s how he put it:

But if we could figure out the trade secrets of photosynthesis? Every other source of energy we depend on today—coal, oil, natural gas—would become obsolete. Photosynthesis is the ultimate green power. It doesn’t pollute the air, and is in fact carbon neutral. Artificial photosynthesis, on a big enough scale, could reduce the greenhouse effect that’s driving climate change in a dangerous direction.

This is at least the second time that Cosmos has brought up the climate issue. It’s enough to make you wonder: Is that where this series is heading? After all, to follow faithfully in the footsteps of Carl Sagan, it isn’t enough to instill in us a sense of wonder about the nature of the cosmos, and the fact that our minds can actually understand it. You have to go further: This cosmic knowledge then feeds back into a terrestrial mission, which is to protect the Earth, the only home we’ve ever known and the launching pad for all intellectual and scientific adventures.

For Sagan in the 1980s, that meant staving off nuclear war; for us today, it means staving off rising temperatures. So will Cosmos and Tyson go beyond hinting, and say even more about climate change? Stay tuned.

On our most popular episode of the Inquiring Minds podcast, Neil Tyson explained why he doesn’t debate science deniers, and much more. You can listen here (interview starts around minute 13):