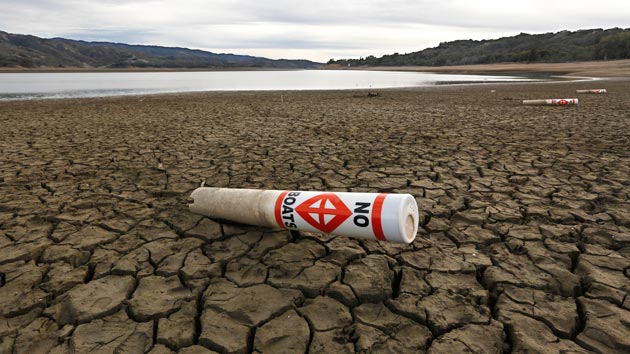 This story first appeared in CityLab and is republished here as part of the Climate Desk collaboration.

Every so often there comes an image that really brings home the West’s damnable dryness. There was that photo of California’s disappearing Folsom Lake, for instance, and now there’s this: a map showing how much rain must fall in one month to end the reigning drought. 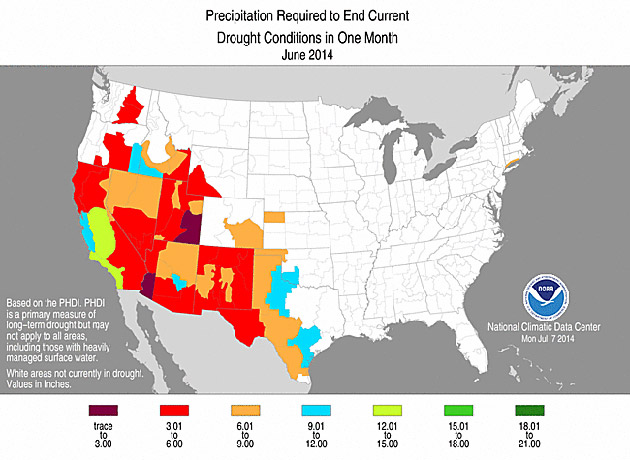 The map, tweeted out by NOAA, is an illustration in impossible outcomes. (It’s dated for June, though with practically no rainfall in California since then it’s safe to assume it still applies.) Though the northern and southeastern parts of the state would require a relatively modest-sounding 3 to 6 inches of rain to escape drought, the parched Central Valley (where so much of America’s food is grown) needs a biblical dousing of 12 to as much as 15 inches. To put that in perspective, 15 inches of liquid precipitation is equal to 12.5 feet of snow.

Now here’s the probability of that rain bomb happening: zero. Forecasters see drought in July not slacking off but persisting or intensifying, according to this outlook from the Climate Prediction Center: 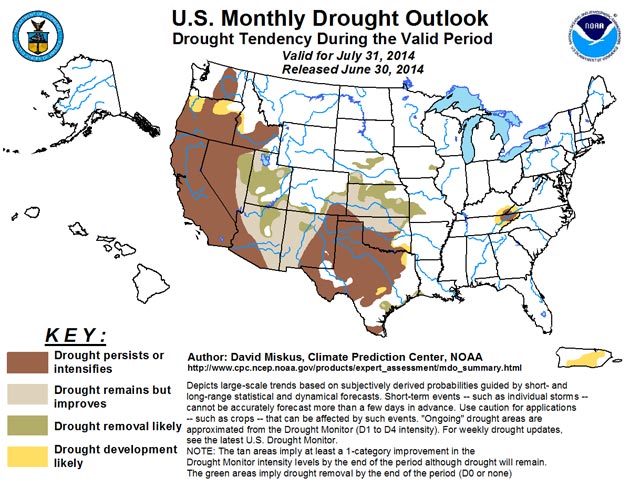 The government’s latest climate assessment paints a grim portrait of California’s arid landscape. Ninety percent of the state’s subsoil is “short or very short of moisture,” reflecting the intolerable duration of this dry spell. Three fourths of its pasture and rangeland is considered to be in “poor to very poor condition.” Meanwhile, many wells are at their lowest levels in 20 years and reservoirs are doing terribly, as shown in this depiction of their current capacities versus their historical averages: 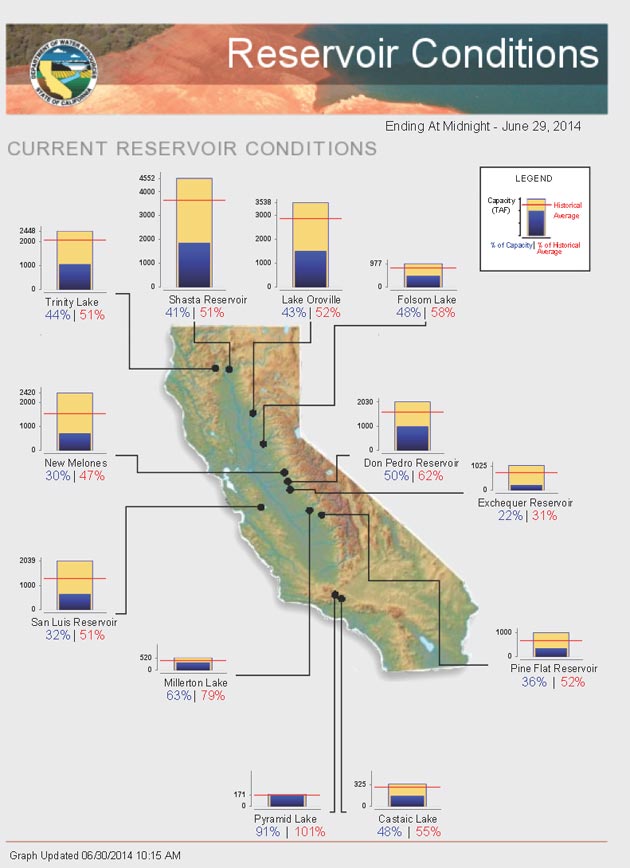 With harsh times looming, people are scrambling for any possible fix. Earlier this year, California Governor Jerry Brown asked that everyone reduce their water usage by 20 percent. That didn’t work out too well:  Compared with the historical average, water use in urban areas actually went up 1 percent in May, reports the LA Times.

So on Tuesday, California approved a measure that slaps “water wasters” with a $500 fine. That means that beginning in August, folks will (hopefully) be looking over their shoulders any time they engage in activities that drain precious H2O, such as hosing down driveways or having runoff from their yard sprinklers.