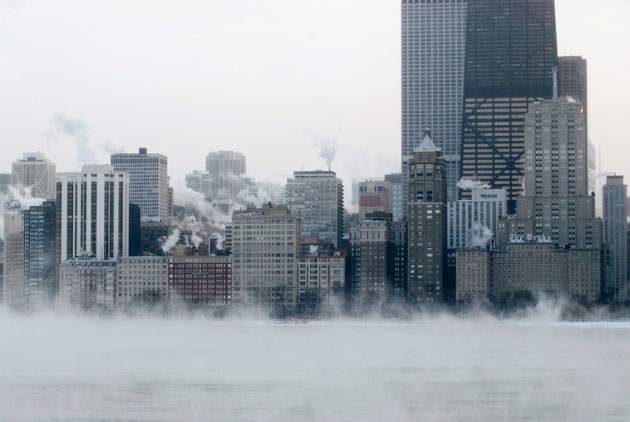 Last winter's Polar Vortex saw record lows in many parts of the country, like ChicagoKaren I. Hirsch/ZUMA

Remember the polar vortex? Weather so cold that boiling water froze in midair?

Well buckle up, America. We’re getting another dose of polar air next week, and just in time for what is normally the hottest week of the year.

While next week’s mid-summer cold snap won’t send you rushing for the nearest space heater, its origins are similar to the cold snaps that defined the brutal winter just past.

The same basic large-scale weather pattern has been settled in over North America for months now, and it even has a name: the ridiculously resilient ridge. Coupled with the occasional cut-off low pressure center dawdling over the Great Lakes region (next week’s will camp out over Quebec), it’s been a recipe for extreme warmth on the West Coast and colder than average weather out East. On the west side of the Rockies, tropical Pacific air gets funneled northward from around Hawaii toward Alaska while California dries out and roasts; on the other side, cold air from the Yukon cascades southward toward the Midwest and East Coast. 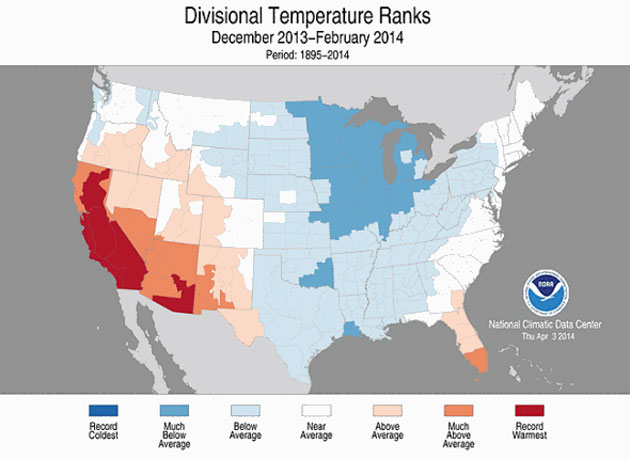 But before I go any further: North America’s polar vortex-filled winter was almost certainly overhyped. I’ll probably get loads of hate mail from fellow meteorologists for even invoking it here—and in a strict sense, they’re right. The polar vortex isn’t a new phenomenon, nor was it behind every cold snap of the past six months. According to NOAA, while last winter was below average (by one degree Fahrenheit), winters are warming for virtually every corner of the continental United States (save one corner of southwest Louisiana).

This winter was an aberration, not the rule—a dip in the long-term trend of global warming. Further proof: the first five months of 2014 were collectively the fifth warmest such period globally since records began. This winter was a temporary cold blip in a small corner of the Earth. We just happen to live there.

As for the polar vortex itself, its resonance within the American zeitgeist is proof that sometimes it helps us cope to have something special to blame for all the crazy weather (even if it’s not always totally scientifically correct in popular usage). That’s OK. For the science purists, there’s a great explainer of the phenomenon by Weather Underground’s Jon Erdman and perhaps an even better one (with stunning visuals) by NASA’s Eric Fetzer. As crazy as it sounds, there’s even a line of scientific evidence that connects an increasing frequency of extreme weather events (like the cold snaps of earlier this year) to abnormal shifts in the jet stream caused by melting Arctic sea ice and global warming. It’s a hot topic of debate right now among climate scientists. 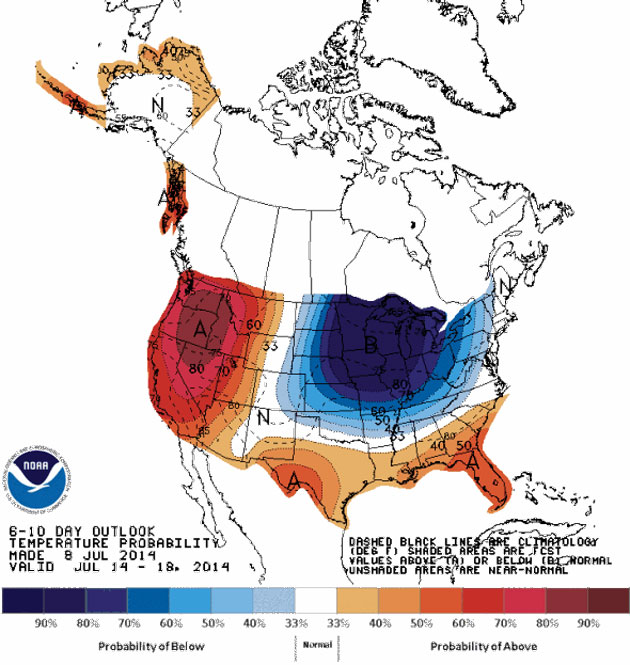 As for next week’s weather, polar air will again be spilling southward from the Arctic Ocean. That’ll be good enough to convert what’s typically Chicago’s hottest week of the year to an unseasonably pleasant early Autumn-style respite that will have folks begging for more. Chicago’s forecast high of 72 degrees Fahrenheit next Wednesday is historically much more likely to happen on September 16th than July 16th.

Cooler than normal weather is expected across much of the eastern two-thirds of the country as well, with mild temperatures from Boston to New York City to Washington, though not nearly as dramatic as in the Midwest. All in all, you really can’t ask for much better weather than what’s on offer next week.

Though at some point, enough is enough. A reverse trajectory model shows the air supplying next week’s mid-summer Chicago cold snap is currently (as of Thursday) sitting over Canada’s far North. Let’s hope the atmosphere gets all this out of its system before December. But for now? Long live the polar vortex. 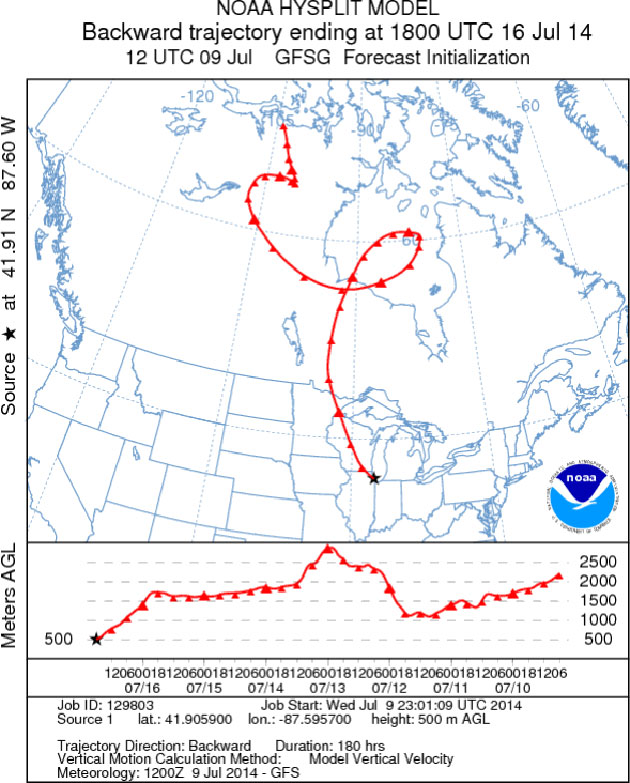