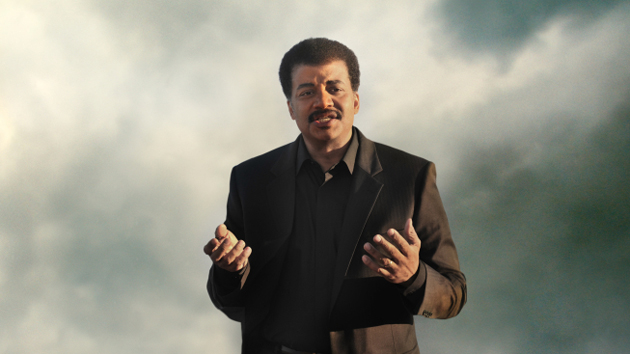 Last week, we (and many others) posted a viral video (embedded below), in which Cosmos star Neil deGrasse Tyson is shown sounding off about genetically modified organisms. Tyson tells GMO critics to “chill out” because, as he explains, humans have been changing the genetics of the organisms that we consume for food (through artificial selection) for millennia.

Apparently Tyson received a lot of negative response to this video—though it also drew much applause—because now he has taken to Facebook with a quite long and often witty post explaining his views on the subject in a more “nuanced” way. The post is still pretty pro-GMO, in the end. But it certainly has many more shades of gray. As Tyson notes, the original video was very short, just over two minutes, and

had I given a full talk on this subject, or if GMOs were the subject of a sit-down interview, then I would have raised many nuanced points, regarding labeling, patenting, agribusiness, monopolies, etc. I’ve noticed that almost all objections to my comments center on these other issues.

Tyson then goes on to address topics like the patenting of seeds (he’s basically okay with it); whether GMOs should be labeled (“Since practically all food has been genetically altered from nature, if you wanted labeling I suppose you could demand it, but then it should be for all such foods”); the role of monopolies in agriculture (“Monopolies are generally bad things in a free market”); and much else. You can read all of his thoughts here. Tyson concludes:

If your objection to GMOs is the morality of selling nonprerennial [sic] seed stocks, then focus on that. If your objection to GMOs is the monopolistic conduct of agribusiness, then focus on that. But to paint the entire concept of GMO with these particular issues is to blind yourself to the underlying truth of what humans have been doing—and will continue to do—to nature so that it best serves our survival. That’s what all organisms do when they can, or would do, if they could. Those that didn’t, have gone extinct extinct [sic].

In sum, it seems that in the original video, Tyson’s major beef was with the idea that somehow, the genetic modification of food is novel or even unnatural. It isn’t, he argues, because we’ve been doing it forever. But as soon as GMO critics saw that, they wanted to argue back about all the other issues in the GMO debate, and Tyson thinks that’s missing the (rather limited) point he was trying to make.

“In life,” Tyson concludes his Facebook post, “be cautious of how broad is the brush with which you paint the views of those you don’t agree with.”

Here’s the original video that started the ruckus: