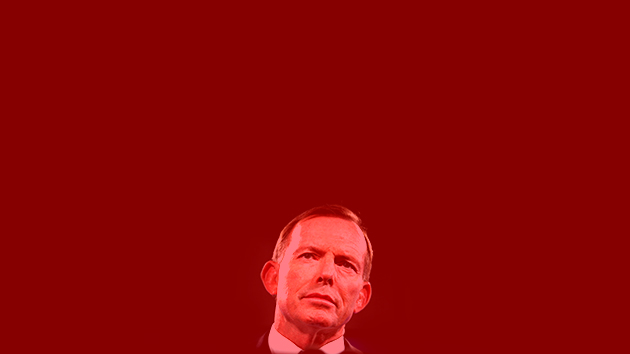 Tony Abbott, who is known for his resistance to climate action, is facing mounting pressure over his unpopular leadership style.Rex Features via AP Images

Update, Feb. 18, 2015: Australia’s Prime Minister Tony Abbott has survived a dramatic vote against his leadership from within his own party Monday morning, local time. The vote, 61-39 against the motion to vacate his leadership, means the embattled leader remains in power—but the campaign against him from disgruntled colleagues is far from over. The margin is seen to be too narrow to give Abbott the confidence to restore trust in his party outright. And there’s always a chance of another vote against him, and possibly soon, especially with polling published today that sees Abbott’s popularity collapsing, and forecasting a rout if there was an election today. One thing’s for sure amid all the political machinations happening in the corridors of Canberra: Australia’s leadership crisis is not over yet.

Australian Prime Minister Tony Abbott is terrible on climate change. He has gutted his country’s historic cap-and-trade carbon pricing system, has called climate science “crap,” and has spoken out against strong international action to fight global warming. He praises coal as “good for humanity.“

But there might soon be good news for critics of Abbott’s climate policies: It looks like Australia’s skeptic-in-chief could be coming to the end of the road as prime minister. Members of his party are plotting to dump him, and while it’s still far from certain if the current leadership crisis will ultimately result in his downfall, one thing is clear: The climate would find a much better friend among his potential replacements.

Here’s a little Westminster System 101: Even though Australia’s leaders run colorful, personality-driven campaigns similar to US presidential contests, prime ministers aren’t actually elected by the people—their fates are decided by a vote within the governing coalition. Abbott, a combative, uncompromising right-winger, has become deeply unpopular in Australia—and his colleagues in parliament are eyeing his disastrous polling numbers with mounting horror. As a result, Abbott is now facing a rapidly escalating revolt from within his own Liberal Party (that’s Australia’s conservative party) that could culminate in a leadership challenge as early as next week.

Abbott’s growing unpopularity has little to do with his climate policies. The public is angry about a badly executed austerity budget that will hit the poor the hardest. A string of broken election promises and tough cuts to education and health have left Australians feeling shortchanged. Then, there was the bizarre and anachronistic honoring of Britain’s Prince Philip, the husband of Queen Elizabeth II, as a “knight” of Australia—a scandal now dubbed Abbott’s “Knightmare” by the tabloids. Australians cringed at dishing out the award to a non-Australian who already possesses a comically long list of titles. Then a trigger: the spectacular defeat for Abbott’s party in recent state elections, partly seen as a repudiation of Abbott himself.

“Tone-deaf Tony” has now stuck as a favorite media nickname, and pundits are describing his leadership as “terminal.” Even in publications run by billionaire media mogul Rupert Murdoch, a traditional Abbott ally, front page headlines have been scathing. Twitter is running red hot with minute-by-minute tidbits describing political maneuvering, even though it’s still unclear when, and even if, a challenge to Abbott will actually emerge.

If it does happen, Abbott could face two popular rivals: Malcolm Turnbull, currently the communications minister, and Abbott’s own deputy, foreign minister Julie Bishop. (Both Turnbull and Bishop have denied running an active campaign against the PM.)

And this brings me to what replacing Abbott might mean for Australia’s now-famous hostility to climate action. “If the leadership changes, then this will result in a more constructive approach to climate change policy,” said Frank Jotzo, the director of the Centre for Climate Economics and Policy at Australian National University.

It’s no secret that as leader of Australia’s conservative government, Tony Abbott has waged a long war against climate policies. He has described the science behind climate change as “absolute crap.” He made “scrapping the tax”—that is, the country’s carbon pricing system—a three-word mantra that propelled him to victory in the 2013 elections. Abbott made getting rid of it a “top legislative priority,” and in July 2014, Australia became the first country to repeal a carbon tax.

In a report issued last year, Climate Action Network Europe and Germanwatch ranked Australia as the “worst industrial country in the world” on climate action—and second-worst among all countries, above only Saudi Arabia. Along with the carbon pricing laws, Abbott’s team has cast aside or eroded funding for government agencies that deal with climate policy. Uncertainty over Abbott’s renewable energy policies has effectively frozen the country’s wind and solar industries, with investment plunging to record lows. And the government faced strong criticism after its negotiators engaged in what one European official described as “trench warfare” during climate talks at the G20 summit in Brisbane last month.

So how would Abbott’s likely replacements change the country’s approach to global warming? 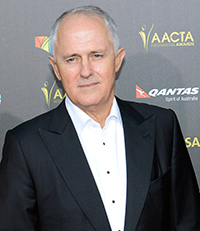 Unlike Abbott, Turnbull is an “avowed supporter of emissions trading,” says Jotzo. The two have battled over this issue in the past: In fact, back in 2009, Abbott used that very issue to oust Turnbull as the leader of the Liberal Party. While it’s unclear whether Turnbull would reintroduce a carbon price if he became PM, his public statements have always indicated an emphatic support for one—so much so that his colleagues are now reportedly scared that a takeover by Turnbull would reignite old divisions within the party over climate change. Turnbull once described Abbott’s own climate plan—the controversial program of capital spending, rather than emissions limits—as “bullshit” and “a recipe for fiscal recklessness on a grand scale.” (He has since toed the party line a bit more by saying that “emissions trading schemes have worked better in theory than in practice”).

Regardless, Turnbull might find it politically difficult to reinstate carbon pricing. Campaigning against the tax has been a supremely successful strategy for the Abbott administration. Turnbull “might judge it the politically better option” to take his time and to formulate a new policy that tinkers with the one that’s in place right now, Jotzo said. 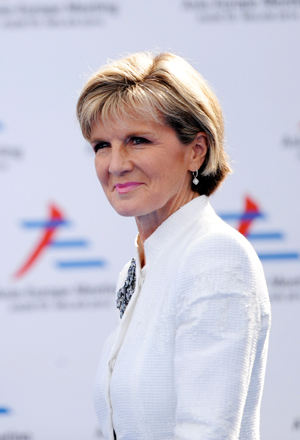 Julie Bishop, Abbott’s other rival, is far more pragmatic and less ideological than Abbott on climate change. As foreign minister, she has had to deal with strong criticism from the United States and the European Union over Abbott’s climate policies. According to Jotzo, she has come to the “realization that the climate issue matters for Australia’s international standing.” That could be important for Australia’s engagement ahead of the Paris talks in December, where leaders from around the world will try to hammer out a new accord to fight global warming. Historically, Australia has played a big role in UN negotiations, most notably in Copenhagen, and Australia’s domestic carbon price was viewed internationally as a model policy for others to learn from. Bishop “can approach it in a neutral fashion, which would allow gradual reengagement on domestic policy and a continued re-engagement internationally,” Jotzo said.

Whoever Australia’s next prime minister is, he or she will find it increasingly difficult to avoid the realities of global warming. A recent study showed that Australia will be impacted by the changing climate more than the rest of the world, resulting in increased extreme droughts across the continent and devastating impacts to the Great Barrier Reef.