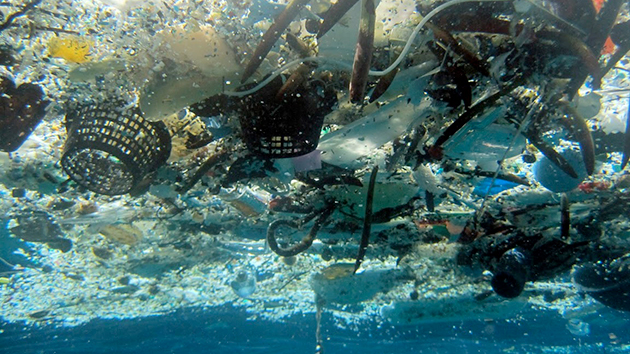 Marine scientists have long known that plastic pollution in the ocean is a huge problem. The most visible sign of it is the Great Pacific Garbage Patch, an accumulation of waste (actually spanning several distinct patches) floating in the ocean. It’s at least twice the size of Texas and can be seen from space. This pollution has an incalculably lethal effect on everything from plankton to whales.

So just how much plastic is there? A new study in Science yesterday put out some pretty horrifying numbers: In 2010, the study finds, between 4.8 and 12.7 million metric tons (that’s about 10.5 billion to 28 billion pounds) of plastic entered the oceans—the median of those estimates is 1.3 times the weight of the Great Pyramid at Giza.

If we want to crack down on all that plastic, knowing where it all comes from could be as important as knowing how much there is. That’s the main idea behind this study. A team of scientists led by University of Georgia environmental engineer Jenna Jambeck set out to calculate how much plastic every one of the world’s 192 coastal countries dumps into the ocean. To do it, they combined data on each country’s per-capita waste generation, the size of the population living within 50 kilometers of the ocean, the percentage of waste that is plastic, and the percentage of plastic waste that is “mismanaged” (defined as “either littered or inadequately disposed”).

The last step is to estimate how much of the mismanaged coastal plastic waste actually washes into the sea. (This is the step that explains the wide uncertainty range in the grand totals above.) Jambeck drew on existing literature on waste streams from places like South Africa and the Bay Area to reach an estimate of 15-40 percent; she then applied that range across the board.

The chart below shows the worst offenders, in terms of total plastic pollution in the ocean in 2010, using data from the study. The top-ranks belong to middle-income countries with rapidly growing coastal populations that lack the resources to keep pace with waste management infrastructure. By contrast, even though the United States has relatively good waste management, its per-capita waste production is so high that it makes the top 20. 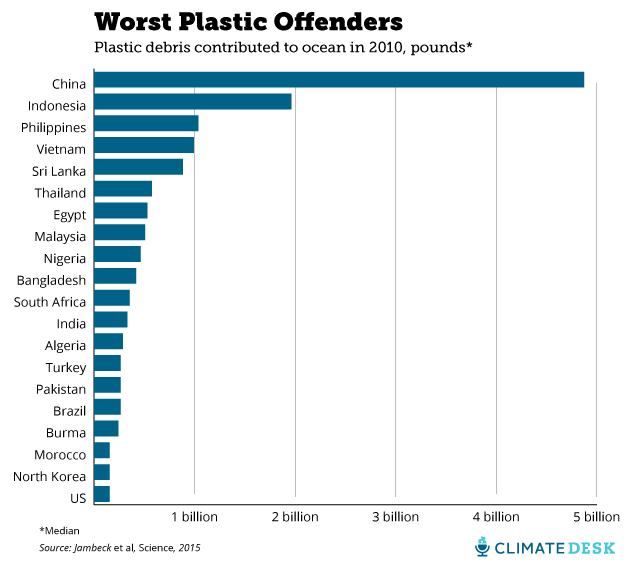 That’s right: China alone dumped nearly 5 billion pounds of plastic waste into the ocean in 2010. But what’s even worse is just how much the study projects these numbers will grow in the future, based on predictions of population growth in each country by 2025. The chart below shows the top-ranked countries in terms of total mismanaged plastic waste (in other words, not all of this plastic is necessarily winding up in the ocean). China is still very much in the lead, and India shows a disturbing explosion of plastic pollution: 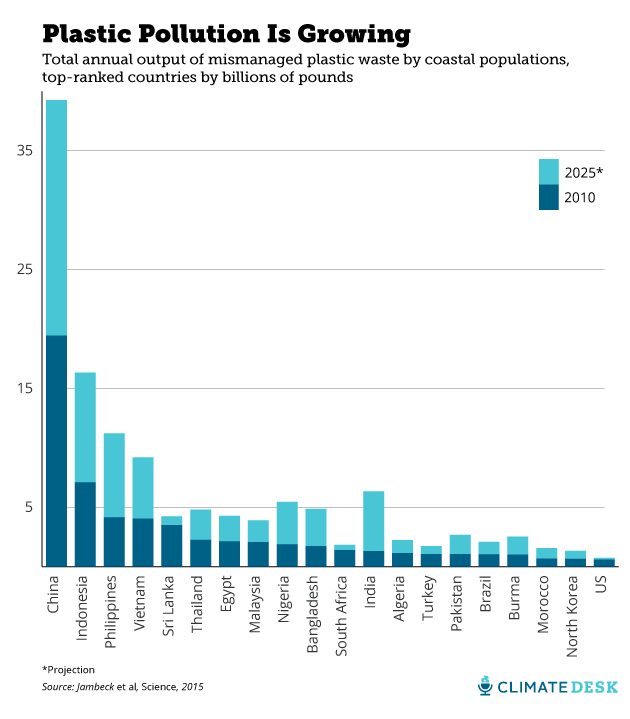