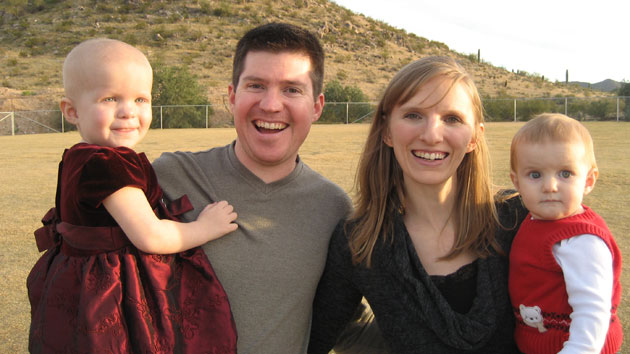 Dr. Tim Jacks, his wife Anna, and their two children Maggie and EliCourtesy of the author

Editor’s note: The author is a pediatrician in Phoenix. A version of this letter first appeared in the Jacks’ CareBridge Journal for their sick daughter, Maggie.

To the parent of the unvaccinated child who exposed my family to measles:

I have a number of strong feelings surging through my body right now. Towards my family, I am feeling extra protective like a papa bear. Towards you, unvaccinating parent, I feel anger and frustration at your choices.

By now we’ve all heard of the measles outbreak that originated in Disneyland. Or more accurately, originated from an unvaccinated person that infected other similarly minded vacationers. I won’t get into a debate about the whole anti-vaccine movement, the thimerisol controversy (no longer even used in childhood vaccines), or the myth that MMR causes autism (there are changes in autistic brain chemistry prior to birth).

Let’s talk measles for just a minute. It once was widespread in the US. It is now considered ‘eliminated’ in the US (not continually circulating in the population—only contracted through travel out of country). Measles is highly contagious (>90 percent infectious) and can survive airborne in a room and infect someone two hours later. Another fun fact is that measles is transmittable before it can be diagnosed—four days before the characteristic rash appears. “Measles itself is unpleasant, but the complications are dangerous. Six to 20 percent of the people who get the disease will get an ear infection, diarrhea, or even pneumonia. One out of 1000 people with measles will develop inflammation of the brain, and about one out of 1000 will die.” That sounds fun!

There were three shots for Maggie and two shots for Eli. They screamed, but they now have some temporary protection against measles. We pray it is enough.

I assume you love your child just like I love mine. I assume that you are trying to make good choices regarding their care. Please realize that your child does not live in a bubble. When your child gets sick, other children are exposed. My children. Why would you knowingly expose anyone to your sick, unvaccinated child after recently visiting Disneyland? That was a boneheaded move.

Why does this effect me and mine? Why is my family at risk if we are vaccinating? I’m glad you asked.

Regarding measles, there are four groups of people.

All are represented in my family.

First, the MMR vaccine results in immunity for most who receive it. Two doses provides protection that can be confirmed with blood titers. My wife is in this group.

Second, about 3 percent of fully vaccinated children do not develop a lasting immune response. They have low blood titers and are not protected against measles. If exposed, this group will likely get the illness. I am in this group. I was thankfully not exposed.

Third, we have the unvaccinated. My son, Eli, is 10 months old. He is too young to received the MMR vaccine and thus has no protection. Whether by refusal or because they are too young, exposed unvaccinated children have a 90 percent chance of getting measles. 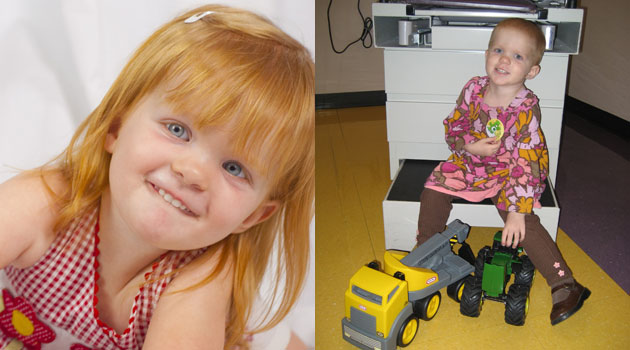 Maggie, before and after being diagnosed with cancer

Maggie was diagnosed last August with ALL—acute lymphoblastic leukemia (blood cancer). She has had multiple rounds of chemotherapy, lumbar punctures, and surgery to implant her port. She has been admitted six times since diagnosis and spent over three weeks at Phoenix Children’s Hospital (including Halloween and New Years). She had been immunized fully, but we are unable to immunize her further until after treatments end.  Her treatment will prayerfully end shortly after her 5th birthday, in January 2017.

Here is how the measles outbreak has further complicated our situation.

Unvaccinating parent, thanks for screwing up our three-week “vacation” from chemotherapy.

It was a Wednesday. Maggie had just been discharged from Phoenix Children’s Hospital after finishing her latest round of chemotherapy. That afternoon she went to the PCH East Valley Specialty Clinic for a lab draw. Everything went fine, and we were feeling good…until Sunday evening when we got the call. On Wednesday afternoon, Anna, Maggie, and Eli had been exposed to measles by another patient. Our two kids lacked the immunity to defend against measles. The only protection available was multiple shots of rubeola immune globulin (measles antibodies). There were three shots for Maggie and two shots for Eli. They screamed, but they now have some temporary protection against measles. We pray it is enough. 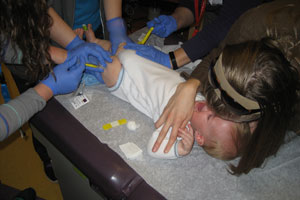 Eli and Maggie were exposed to measles on January 21. Despite the treatment noted, they could start showing signs of measles any time from now through February 11 (21 days post exposure). After a new blood test, both my wife and I were found to be immune to measles, but the children will remain in isolation until February 11.

Unvaccinating parent, thanks for screwing up our three-week “vacation” from chemotherapy. Instead of a break, we get to watch for measles symptoms and pray for no fevers (or back to the hospital we go). Thanks for making us cancel our trip to the snow this year. Maggie really wanted to see snow, but we will not risk exposing anyone else. On that note, thanks for exposing 195 children to an illness considered ‘eliminated’ from the US. Your poor choices don’t just effect your child. They affect my family and many more like us.

Please forgive my sarcasm. I am upset and just a little bit scared.