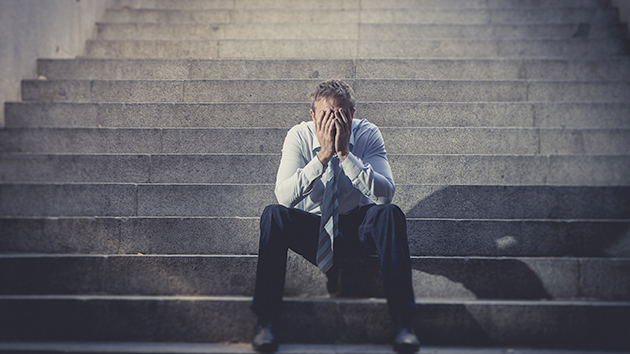 Update June 9, 1:45pm ET: Today a federal appeals court in Washington, DC, declined to hear the lawsuit brought by Murray Energy and a group of Republican-led states seeking to block President Barack Obama’s plan to restrict climate pollution from power plants. That plan will not be finalized by the EPA until later this summer, and, as many legal experts had expected, the three-judge panel ruled that no legal challenges can be brought against it until the final plan is released.

Writing on behalf of the court, Judge Brett Kavanaugh said that while the various challengers are “champing at the bit” to contest the regulation, they would have to wait until it is formally issued.

“They want us to do something that they candidly acknowledge we have never done before: review the legality of a proposed rule,” he wrote.

The decision was hailed by environmental groups and by the EPA. But the war over Obama’s climate policies is far from over. Once the final plan is released, it will almost certainly face a fresh round of legal challenges that will likely make it all the way to the Supreme Court, where the outcome will be far less certain.

This morning, several of the nation’s top environmental lawyers gathered at the US Court of Appeals in Washington, DC, for the first round of arguments in a pair of lawsuits challenging the cornerstone of President Barack Obama’s climate plan.

One of the suits was brought by coal company Murray Energy, the other by a group of a dozen states (all with Republican governors, and all either large producers or consumers of coal); they both contend that the Environmental Protection Agency doesn’t have the authority to set tough new standards for carbon dioxide emissions from existing power plants. The rules, first proposed last summer, are designed to cut the nation’s carbon footprint 30 percent by 2030 compared to 2005 levels. The question before the court today was whether the lawsuits can go forward.

The EPA’s opponents “are trying to derail a train that’s still in the station.”

We probably won’t know the judges’ decision for a month or more. As my colleague Kevin Drum pointed out, it’s conceivable they could rule against the EPA. All three judges on the panel were appointed by Republican presidents (two by George W. Bush, and one by his dad), and at least two of them have a history of anti-environmental rulings. One of the judges, Brett Kavanaugh, filed a dissent on a separate case in 2012 arguing that greenhouse gases shouldn’t be regulated as air pollutants.

Still, many experts believe that it’s unlikely the judges will decide to hear the case—at least not yet. That’s because the climate rules won’t actually be finalized until later this year. According to Reuters, one of the W-appointed judges, Thomas Griffith, said in court this morning that he and his colleagues “could guess what the final rule looks like, but we’re not usually in the business of guessing.”

For as long as the Clean Air Act has been on the books (half a century and counting), there have been attempts by polluting industries to tear it apart. Every time the Obama administration puts forward new regulations based on it (for mercury emissions, for example, and carbon emissions from new power plants), lawsuits start to pile up as soon as the draft language is out of the gate. But courts have never, not once, taken up a challenge to any EPA rule before it was made final.

If they did, “it would create enormous mischief,” said Richard Revesz, a leading environmental law scholar who has testified to Congress in support of the proposed rule and was in the courtroom this morning. “It would double the amount of litigation on every proposed rule.”

That’s because the final rule is almost certain to look quite different from what’s on the table now. The EPA is currently sifting through more than 4 million public comments on the rule, submitted by everyone from corporations and governors to environmentalists and your Grandpa Joe, and trying to amend the final rule accordingly. Once that rule is made public, it is inevitably going to face another round of legal challenges from the very same cast of characters. So it really doesn’t make sense for the court to listen to arguments about regulatory language that’s virtually guaranteed to change.

Once lawsuits on the final rule do get taken up, there are likely to be some really interesting debates. The meaning of some of the key Clean Air Act language being employed by the EPA is hotly contested, thanks in part to an apparent clerical error that led to potentially competing versions of the same passage both being signed into law. And there are constitutional issues at stake as well, such as whether the federal government has the right to tell states how to manage their energy supply (if past is any precedent, Revesz has repeatedly said, they do; that’s kind of the whole point of the Clean Air Act).

But for now, there’s a pretty good chance today’s hearing was just a warm-up round for a much more serious fight yet to come. At this point, says Sierra Club chief counsel Joanne Spalding, the EPA’s opponents “are trying to derail a train that’s still in the station.”