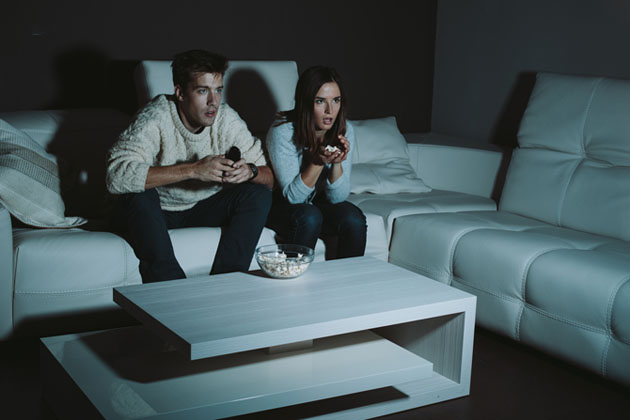 You recycle. You ride your bike to work. You bring your own bags to the grocery. You might think you’re a good environmentalist. But those cat videos, TED talks, and Netflix original series you watch to unwind might be slowly killing the planet.

That’s the word from Greenpeace’s latest Clicking Clean report, which evaluates the clean energy initiatives of many different internet companies.

While we’re used to thinking about our environmental impact in terms of how much trash we throw out, how much we drive, and how much electricity we use in our homes, the report highlights the ways that our internet usage has environmental effects that we never see.

Data center emissions account for small percentage of global emissions, Greenpeace information technology analyst Gary Cook tells us. That’s not much compared to 14 percent that goes towards agriculture or the 13 percent that goes to transportation. But data center emissions are growing by at least 13 percent per year, Cook says. And within two years, information technology in general, including manufacturing servers and other gear, is expected to account for between 7 and 12 percent of all electrical use, according the report. 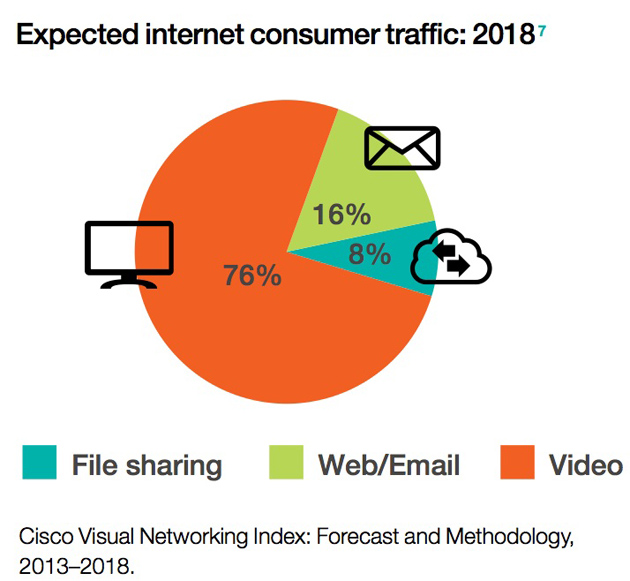 Data centers are expected to account for about 21 percent of that usage, mostly because of the explosive demand for streaming video. Cook explains that even though streaming can offset some emissions, such as the manufacture and delivery of DVDs or BluRay disks, the convenience of streaming is leading us to consume more content. Instead of buying a few videos and watching them again and again, we’re now binge-watching entire seasons of shows in a sitting, which ends up creating a bigger carbon footprint overall.

This trend extends to other industries as well. For example, according to the report, publishers now consume more energy as a result of their data center usage than they did through their use of printing presses.

There is good news in the report. Amazon, which hosts Netflix’s streaming service, and which has long been the tech industry’s renewable energy straggler, has finally pledged to go green. Apple has continued to adopt more green energy since Greenpeace singled out the company in 2011. In its latest report, the organization gave Apple “A” ratings in all four categories that it tracks: energy transparency; renewable energy commitment; energy efficiency; and renewable energy deployment and advocacy.

“The IT sector has been very disruptive figuring out how to change pieces of the economy. If the industry works together it can resist the economic power of the energy sector,” says Gary Cook of Greenpeace.

In fact, most major consumer-facing internet companies are now working towards using nothing but renewables. Business-to-business companies, such as colocation providers that rent data center space, are lagging behind, though Equinix, one of the largest in the country, has pledged to switch to all-renewable power. But any company seeking to ramp up its use of renewables is likely to run into a common problem: They need more electricity to meet rising demand for their services than they can get in a renewable form from utilities.

According to the report, many energy utilities, which generally have monopolies in their areas, only offer coal-generated power, or only sell renewable energy at a premium, despite renewable energy becoming as cheap, if not cheaper, than coal power in some cases.

That’s a big problem in Virginia, which sees as much as 70 percent of global internet traffic pass through its borders every day, and North Carolina, another hotbed for data centers.

Companies can seek more renewable power by building new data centers in states where more renewable energy is available, such as Iowa and Oregon, but Cook says it’s unrealistic to expect companies to move all of their existing data centers out of Virginia and North Carolina. That means these companies will need to work with activists and policy makers to pressure utility companies into making changes, he says.

“The IT sector has been very disruptive figuring out how to change pieces of the economy,” he says. “If the industry works together it can resist the economic power of the energy sector.”