In the many years Stacy Krantiz has been documenting life in Appalachia—as seen in her ongoing project, As it was Give(n) to Me—she has deftly navigated the minefield that comes with photographing in this often misrepresented part of the county. At least since Let Us Now Praise Famous Men, the 1941 book by writer James Agee and photographer Walker Evans* that chronicled the lives of poverty-stricken sharecroppers in the South, residents have rightfully complained about how outsiders have portrayed them in photographs—nothing short of a kind of visual openmouthed gawking and pointing. By living with her subjects, Krantiz challenges and plays with common stereotypes of the beautiful hill region of southern Ohio, West Virginia, and eastern Kentucky. Kranitz’s photos show her living it up with the subjects of her photos, deeply embedded, fully embraced, sometimes even appearing in the images herself. She photographs as a member of the family, showing the good and the beautiful, along with the bad and the ugly. Nothing to hide.

Drawing on these sensibilities, Kranitz shot in and around Mingo County, West Virginia, for Mother Jones, to provide a sense of what life is really like in Don Blankenship’s backyard. 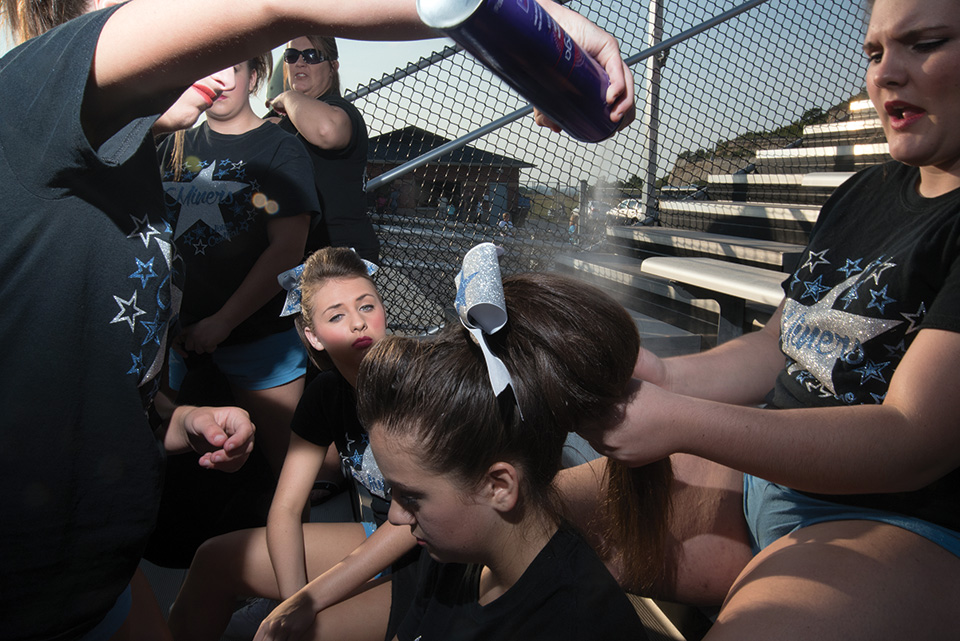 Cheerleaders prepare before the first football game of the season at Mingo Central High School, home of the Miners. 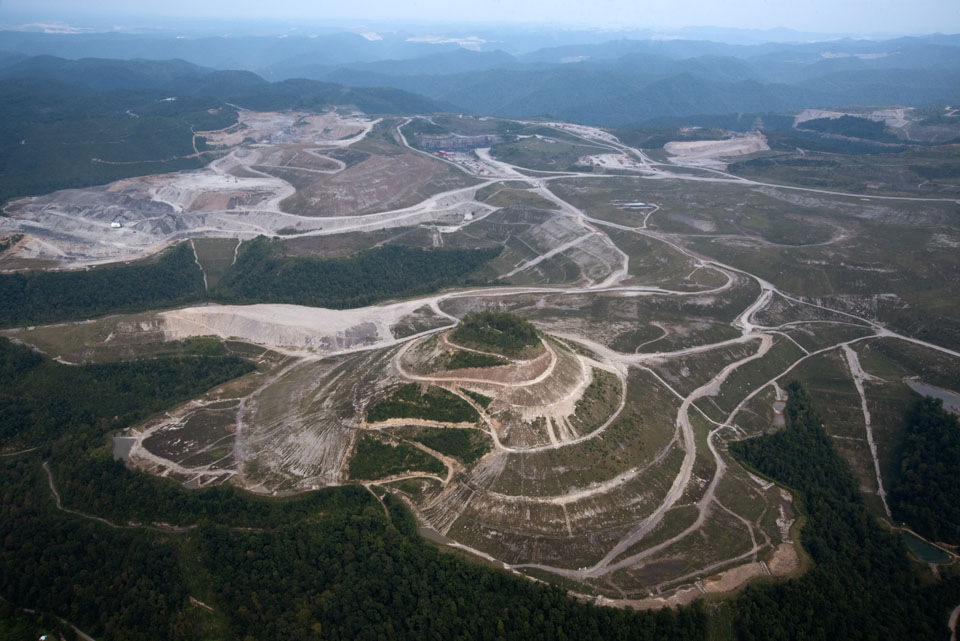 A former Massey-run mountaintop removal mining site in West Virginia. The tiny patch of grass at the top of the mountain is a cemetery to which families have fought to have regular, safe access. Stacy Kranitz/SouthWings 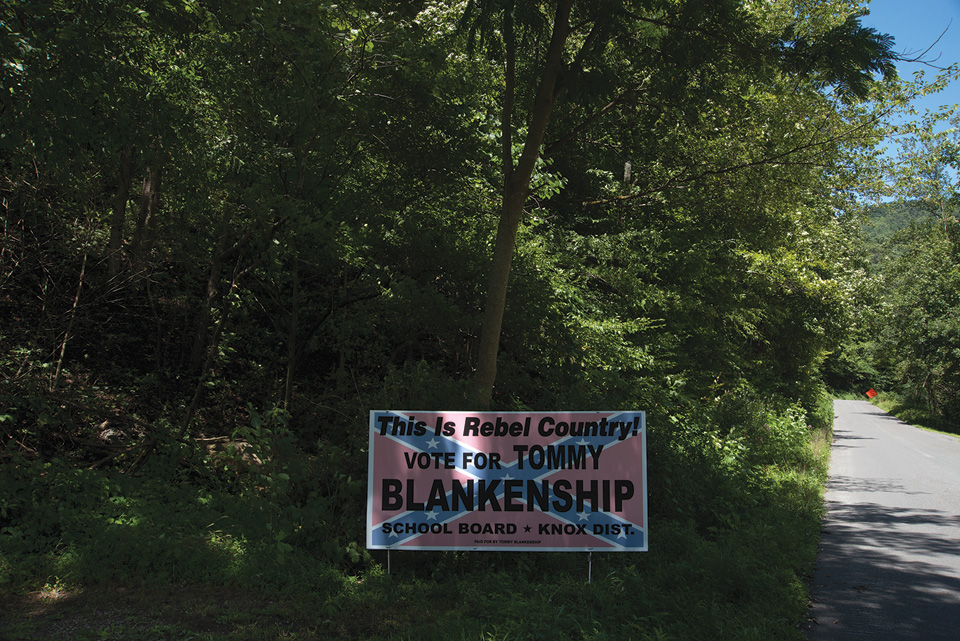 A poster for R. T. “Tommy” Blankenship, candidate for the Knox District Member School Board in Buchanan County, Virginia 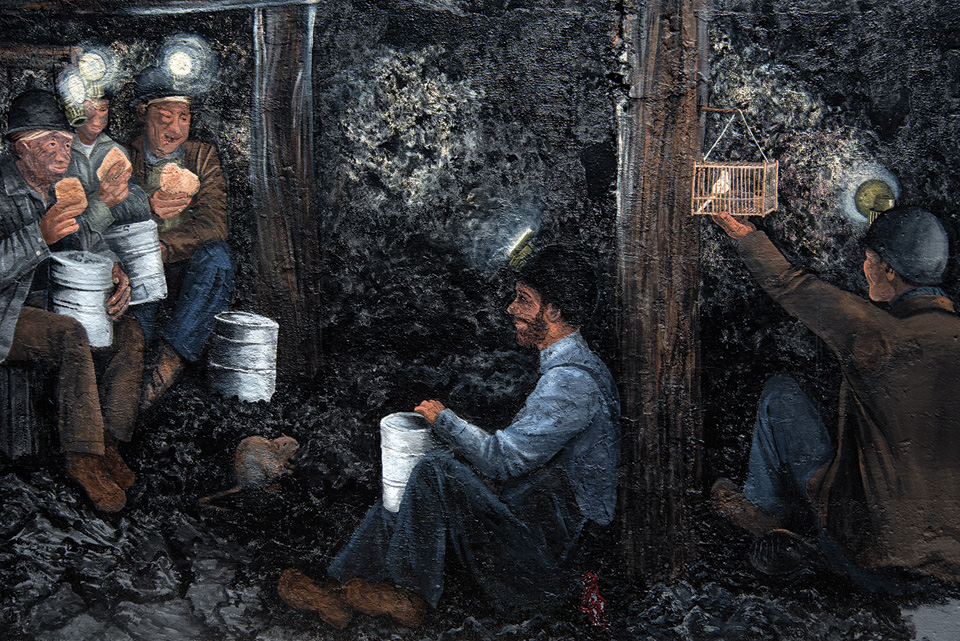 Part of a new mural in downtown Matewan, West Virginia, depicting life in the coal mines 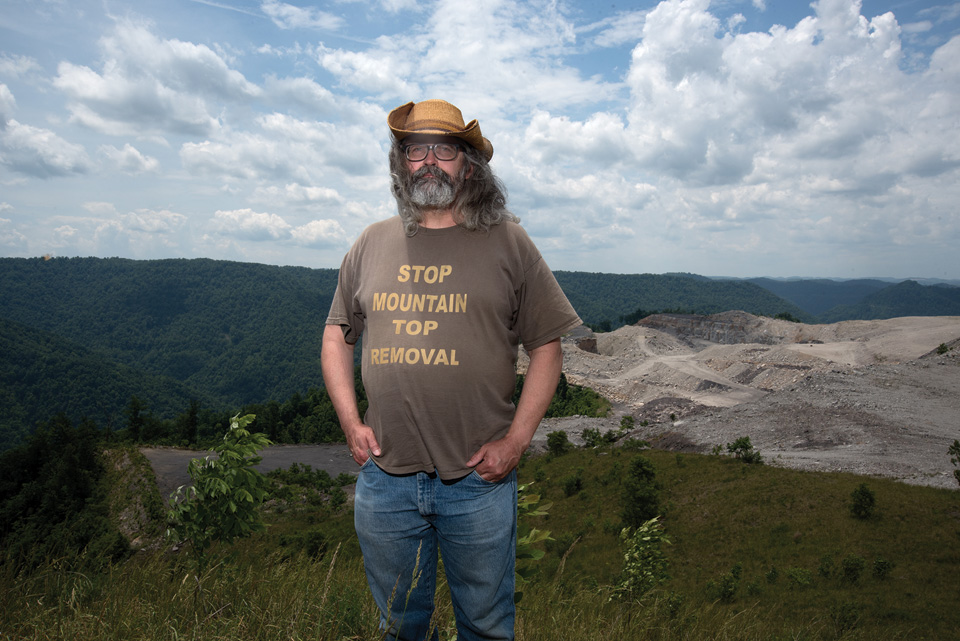 Vernon Haltom of Coal River Mountain watch, photographed at the Kayford Mountain strip mine, once operated by Massey Energy 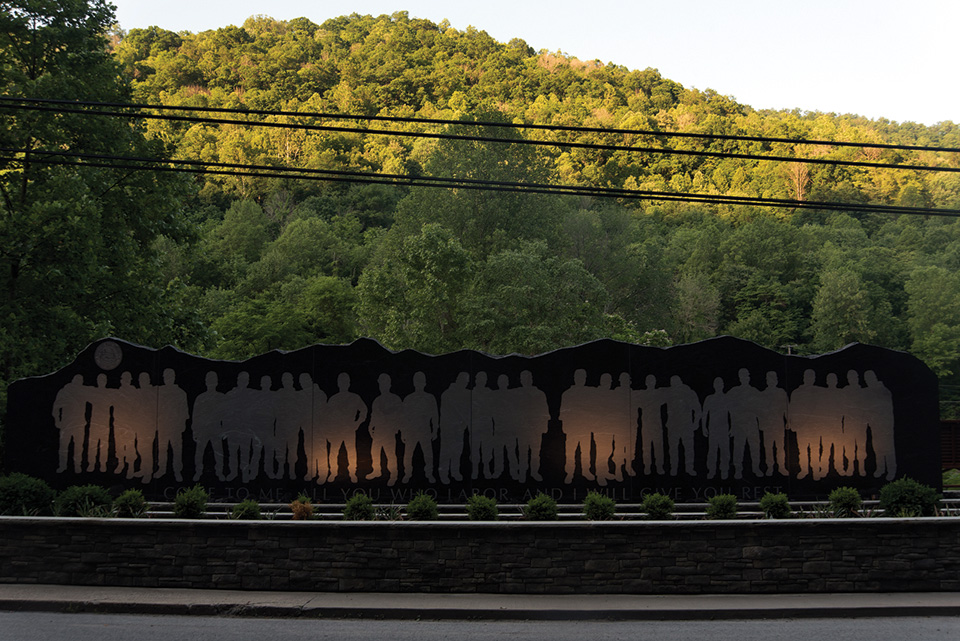 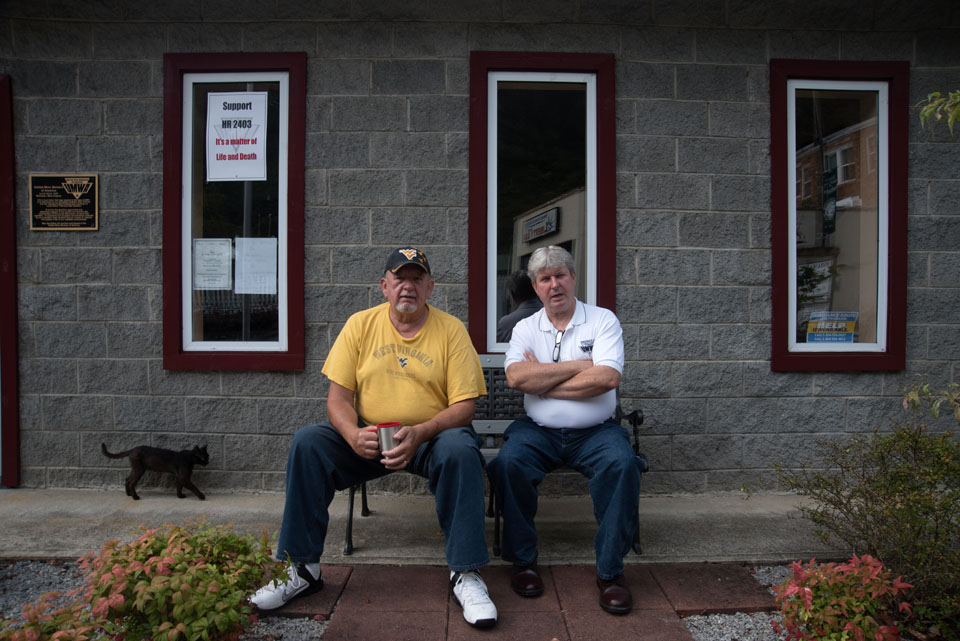 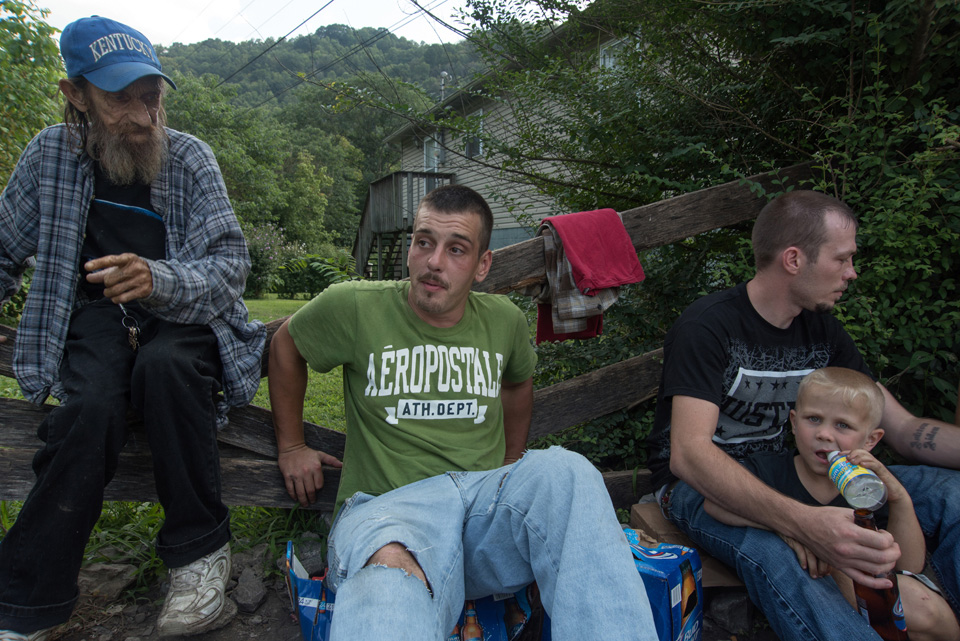 “These guys are sitting maybe 500 feet from where the gas station/beer store run by Blankenship’s mother used to be. His brother lives in a home right across the street from the old store and in sight from this hangout spot. The town of DeLorme is super tiny and these guys just hang out and drink in this same spot everyday. Just 50 feet away are the train tracks with coal trains running by and 10 feet behind them is the Tug Fork River that marks the border of Kentucky. They all grew up going to the Blankenship’s store and everyone in town knows his brother. They say he is a nice guy.” –Stacy Kranitz 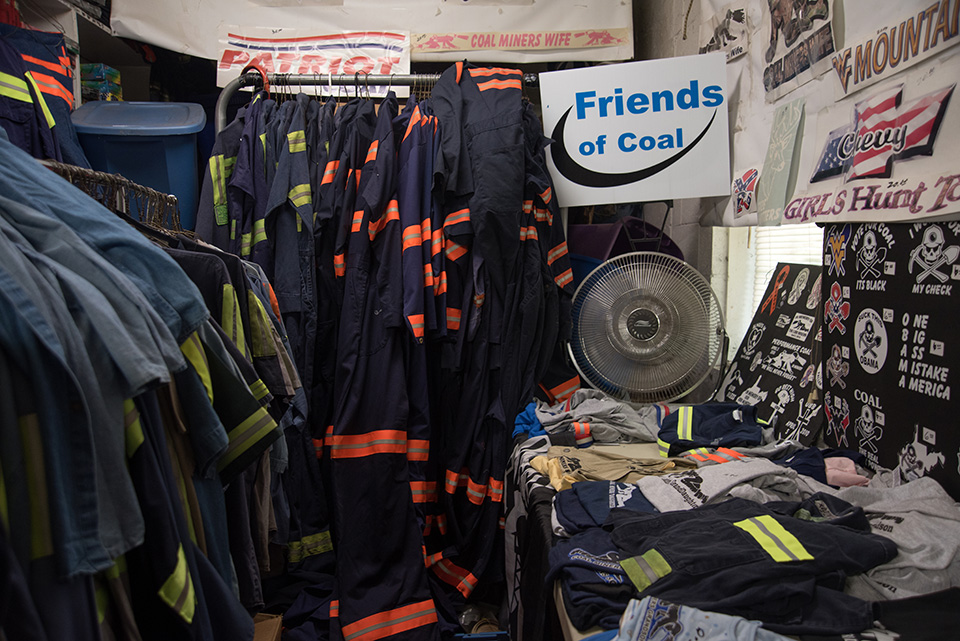 A store in Racine, West Virginia, in Boone county, sells reflective clothing for miners along with t-shirts, flags, stickers, and other items. 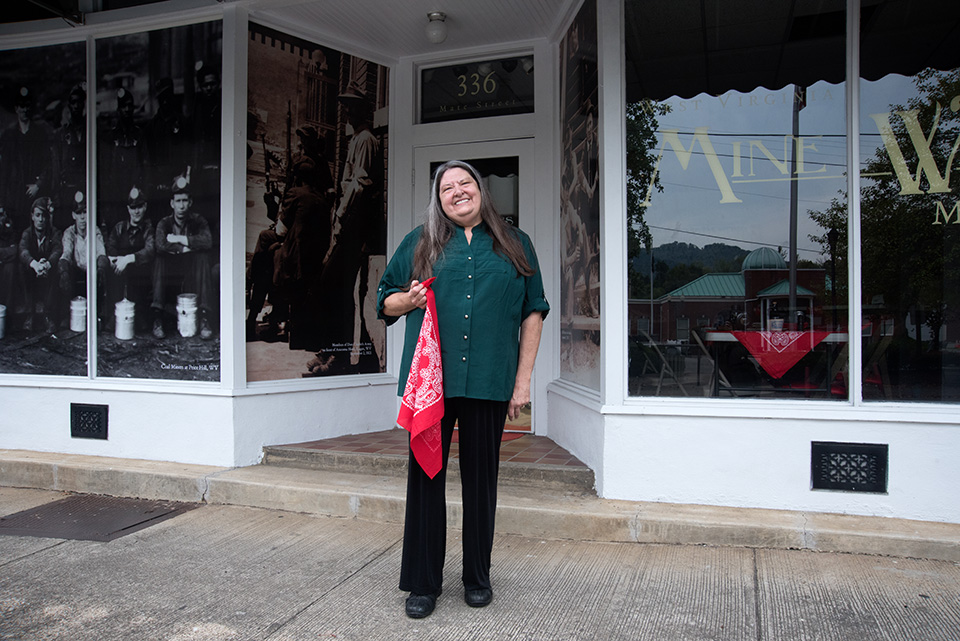 A portrait of Wilma Lee Steele, a board member of the Mine Wars Museum in Matewan 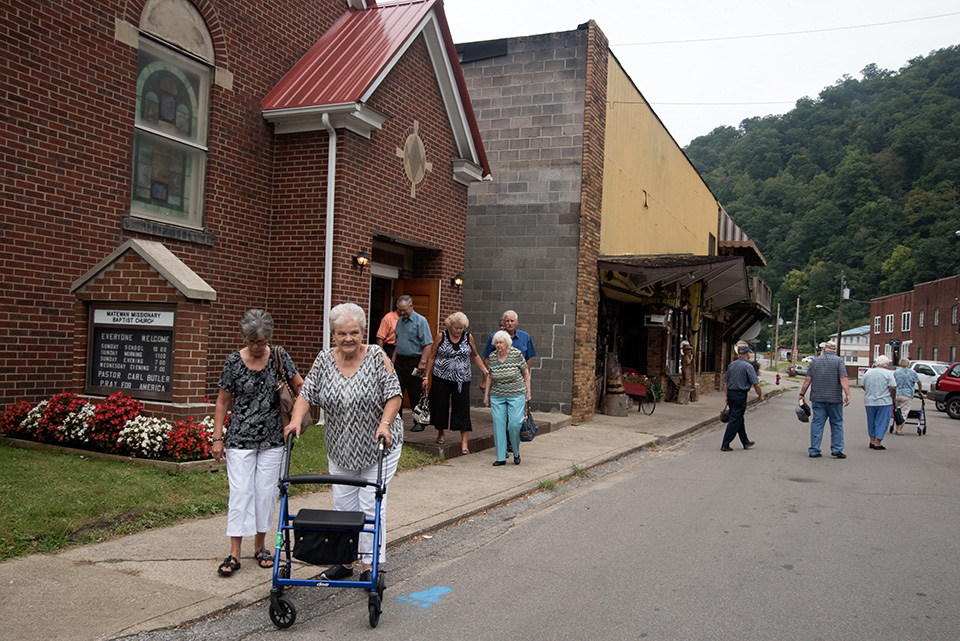 After church in Matewan, West Virginia 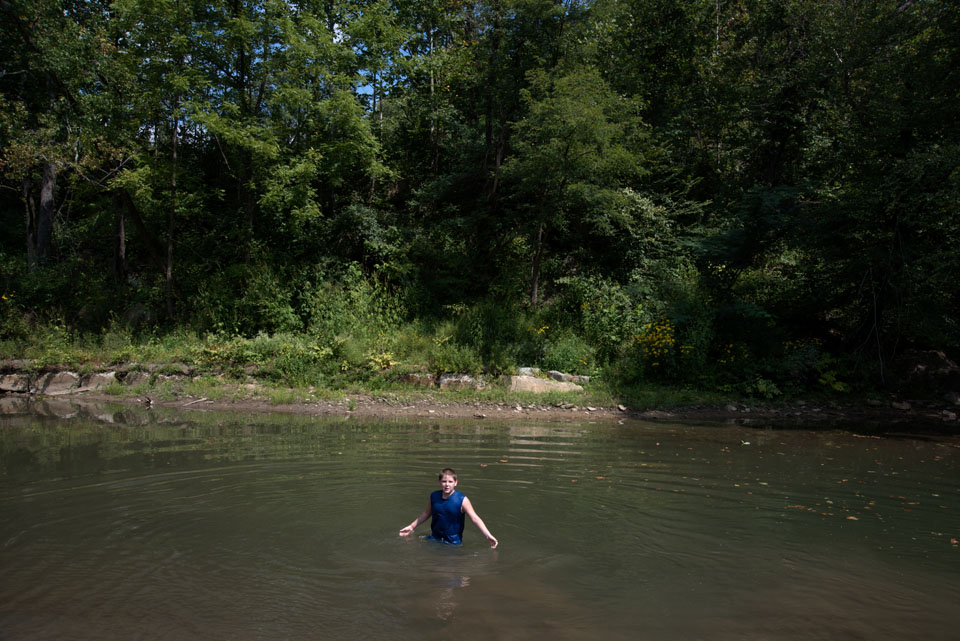 A river baptism on the border of Kentucky and Virginia. The church that performed the baptism is located in Stopover, Kentucky, where Blankenship was born. 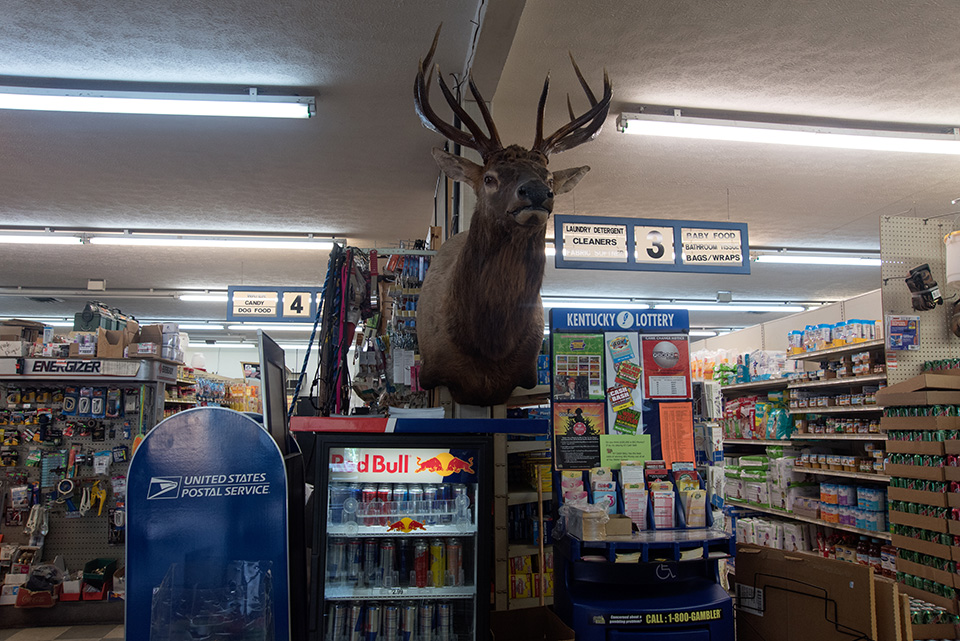 A grocery store called Family Foods in Freeborn, Kentucky, just down the road from the gas station Blankenship’s mother ran in Delorme. The owners told Kranitz that they are not likely to be able to keep the family-run business open after the latest round of coal company bankruptcies, buyouts, and layoffs. They plan to close around the New Year. The next closest grocery store is almost an hour away. 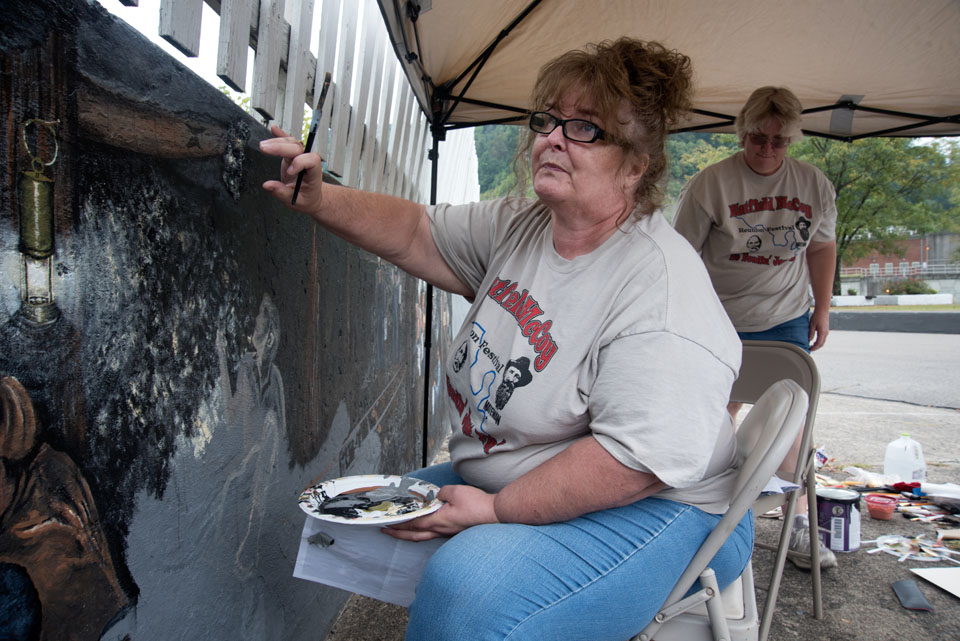 Ellen Hatfield and Vera Hankins work on a mural depicting coal miners in an underground mine. The mural is part of the “Turn This Town Around” grant that also supported the Mine Wars museum. It is across the street from the union in downtown Matewan. 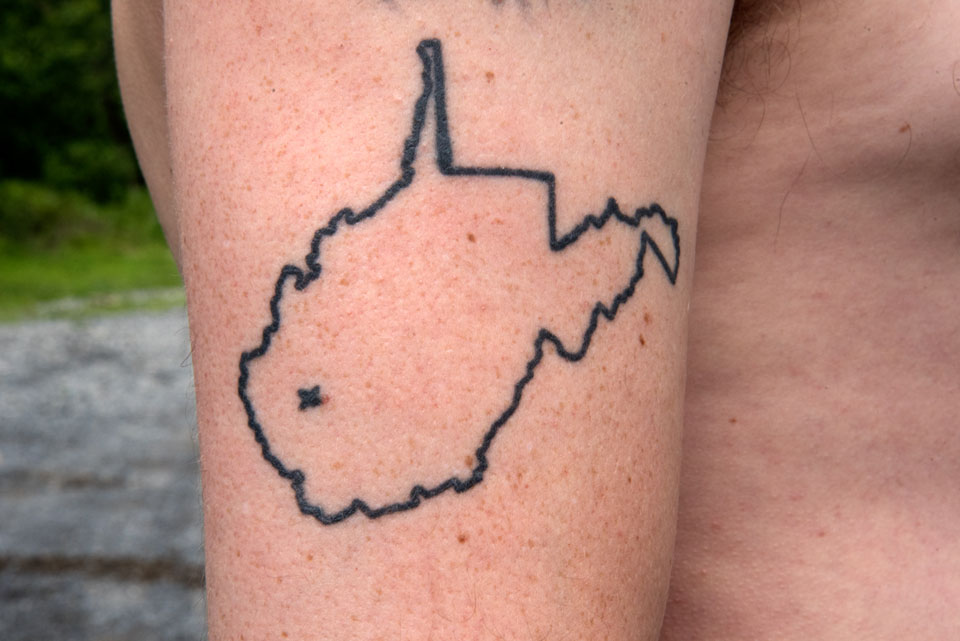 Jacob Knabb shows off his tattoo of West Virginia, with an X marking Boone county, a historic coal county with many former Massey workers. His father and grandfather worked in coal. His father was recently laid off. Jacob left West Virginia after college and now lives in Chicago. 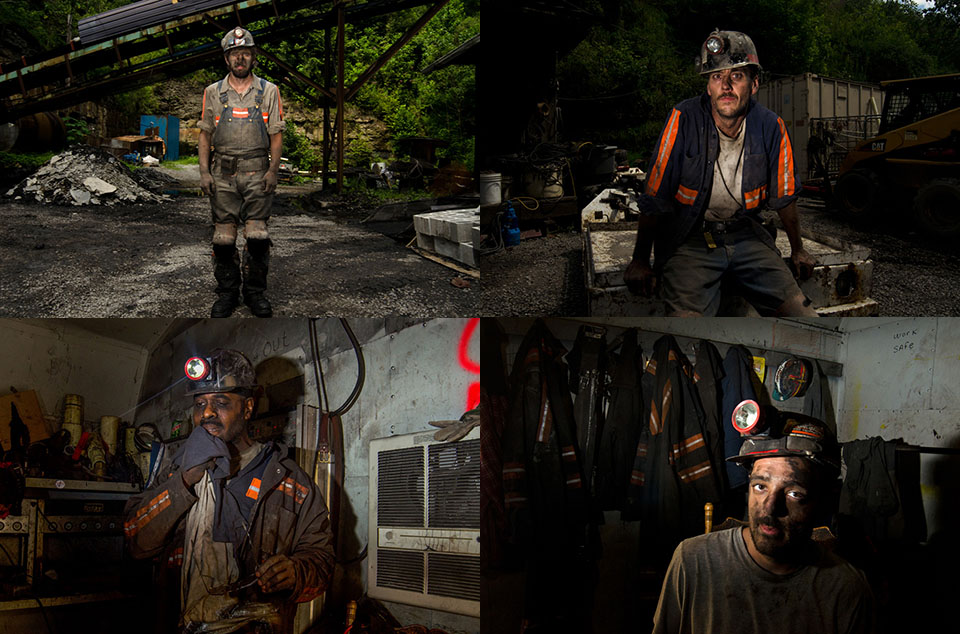 Underground shift workers from a dog mine near Feds Creek, Kentucky. Dog mines are independent and small operations nestled between the big corporate mines. 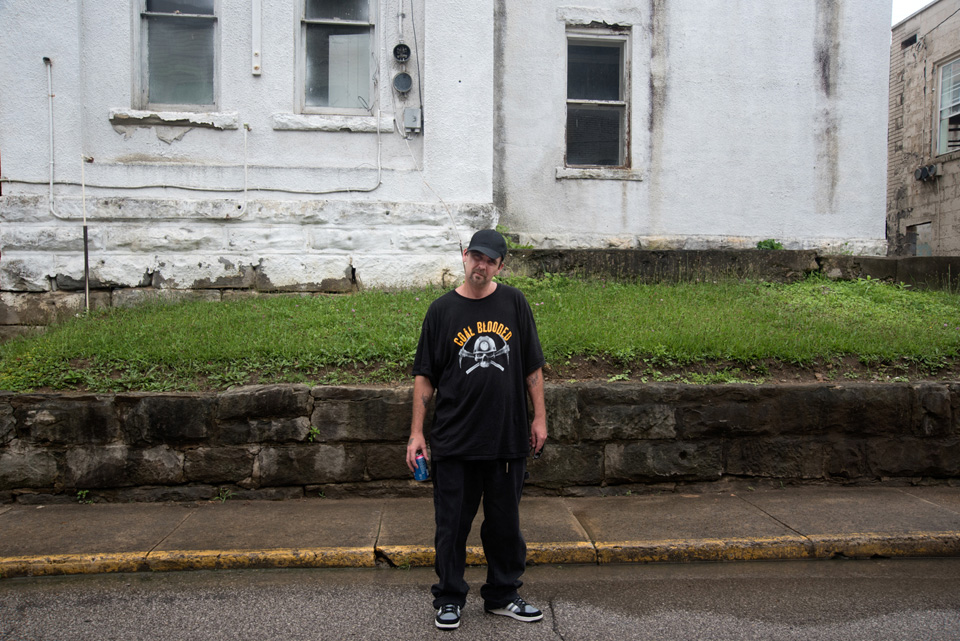 A man in downtown Madison, West Virginia, in Boone County 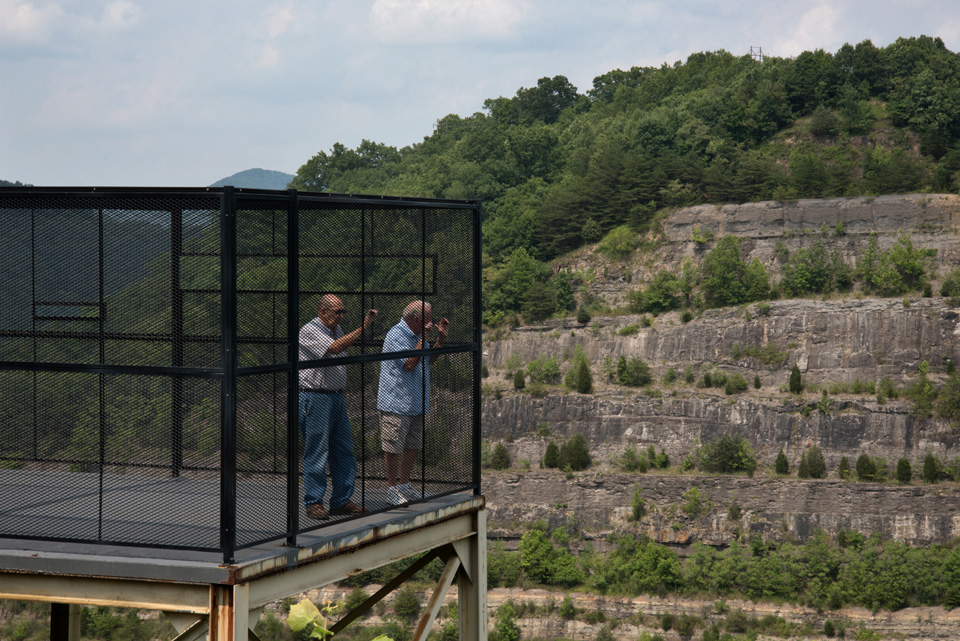 Men at an overlook in Pikeville, Kentucky, staring at the cut-through project, one of the largest civil-engineering projects in the western hemisphere, constructed from 1973 to 1987. Nearly 18 million cubic yards of earth were removed from the Peach Orchard Mountain, rerouting a fork of the Big Sandy River as well as rail lines and the highway. The cut-through project was initiated to relocate the railroad and eliminate the coal dust in the community.

*An earlier version of this piece misspelled Walker Evans’ name as Walter.