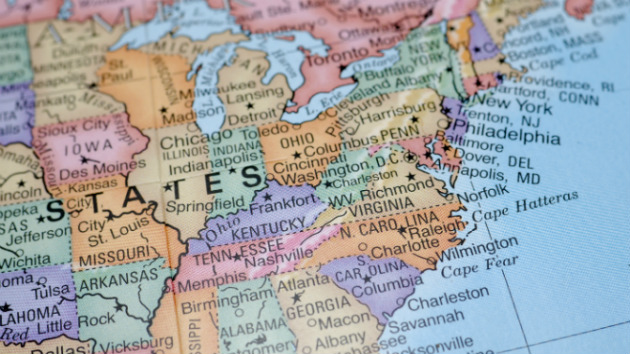 This story was originally published by the New Republic and is reproduced here as part of the Climate Desk collaboration.

On the first of my two flights this weekend, I sat next to a defense contractor from Kentucky. He was on his way to Fairbanks, Alaska, for a project that sounded at once too mundane and too secretive to ask him to explain. The forecast up there was calling for temperatures to dive past 20 degrees below zero. He told me he planned to go straight from his next plane to a heated bus to the project to his heated hotel. Then he asked me where I was going.

He mulled this over. “Well, you be careful,” he finally offered, reassuringly.

I knew what he meant. It had been a little more than two weeks since 130 people were killed in simultaneous attacks on restaurants, a concert hall, and France’s national soccer stadium, followed by police raids against the jihadists said to be responsible. So, like my seatmate, when most Americans think of Paris right now, they think of ISIS cells and flag-waving solidarity.

But I wasn’t coming to Paris to cover terrorism. I was coming to cover something that all of us have heard a lot less about in recent weeks, but whose stakes are far more important: a last-ditch effort by the world’s leaders to stop the most dangerous effects of climate change.

I wasn’t coming to Paris to cover terrorism. I was coming to cover something whose stakes are far more important.

If that sounds like an exaggeration, you haven’t read the science. Earth’s average temperature has risen about 0.85 degrees Celsius (1.53 degrees Fahrenheit) since the late nineteenth century. We’re already seeing heat waves, forests burning, intensified droughts and hurricanes, and glaciers melting away before our eyes. As we start nearing a 2-degree increase, what once sounded like dystopian science fiction starts becoming reality: rising seas wiping out whole nations and parts of major cities, mass food shortages, and feedback loops we don’t even understand yet spiraling out of control. Without major action, we’re on track for anywhere from a 4 to 6 degree increase by the end of this century.

What that action will look like—and exactly how much destruction the world is willing to accept—is what is supposed to be determined at this conference.

That the build-up to these negotiations to assure humanity’s continued survival on Earth were overshadowed in the US by the latest battle between jihadists and everyone else, the interminable presidential primary, Thanksgiving, the college football playoff draw, and on and on tells you a lot about how we got to this point. If ISIS had a bomb that could put much of the East Coast underwater, torch millions of acres of forest, and threaten the entire world’s food supply, I’d like to think that stopping them would be a national obsession that would eclipse everything else.

But ISIS is a foreign enemy that we can fight and probably defeat without most of us having to sacrifice anything; even the fight itself can make us feel good about ourselves. Climate change is a vague, horrifying threat that affects everything. (Don’t forget that Syria’s civil war, the conflagration that turned ISIS into an international force, was also fueled in part by a drought sparked by climate change.)

Moreover, it’s a threat in which we ourselves are the problem, which means that stopping it will require that we change how we live in more ways than most people are comfortable imagining. And everyone is implicated. The fact that nearly everyone at this conference burned tanks full of jet fuel to get here is not lost on the organizers—they offered everyone attending a carbon offset to pay into, even though carbon offsets have been repeatedly shown not to work.

Most of the world’s governments are taking the threat seriously. No fewer than 150 heads of state showed up for opening session.

Still, if the first day has been any indication, most of the world’s governments are taking the threat seriously, or at least feel the need to look like they are. Previous climate conferences have been known for slow starts; some journalists and officials told me they’d learned the hard way not to bother coming until toward the end. But this time, no fewer than 150 heads of state showed up for the morning’s opening session, including President Barack Obama, Chinese President Xi Jinping and Vladimir Putin. Obama has reportedly met with Putin. Benjamin Netanyahu and Mahmoud Abbas shook hands. (Putin apparently blew off Turkey’s Recep Tayyip Erdogan.) John Kerry is floating around somewhere. While I was sitting off to one side, UN Secretary-General Ban Ki-moon and Bill Gates walked by, each mostly unnoticed by people rushing between other meetings in the hall.

Despite all the heavyweights, and constant reminders in speeches and press coverage of the recent attacks, the security at this conference center next to a minor Paris airport does not feel all that overwhelming. Beyond the football fields’ worth of metal detectors and X-ray machines at the entrance, and a healthy complement of lightly armed security throughout the complex, it was easier to get here and move around than during similarly high-powered events at the UN’s New York headquarters, or to walk around landmarks on any given day in post-9/11 Washington. It will be telling in the coming days to see if the easy mingling helps with the negotiations.

There are plenty of people who think this conference will not be serious enough. UN Climate Chief Christiana Figueres has been saying for months that she expects the Paris deal to fall far short of holding global temperature increases to 2 degrees. Thousands of demonstrators joined hands in Paris Sunday in defiance of a ban on rallies, to protest what one organizing group said would be “false solutions” in an agreement that would be “obsolete before it is signed.” Police fired tear gas to clear the Place de la République, and at least 280 people were arrested. One grassroots group emailed a press release at midday to call the as-yet-non-existent accord “a crime against vulnerable communities.”

Indonesia had a video screen proclaiming the environmental benefits of palm oil.

And it’s true that the event has a everyone’s-chamber-of-commerce kind of atmosphere. The main hall feels more like Epcot than a political summit, with countries setting up pavilions to promote their climate initiatives. Mexico’s booth, done in faux-Aztec stonework, flashed pictures of waterfalls and rainforests alongside the same multicolored logo it uses on tourism posters. India’s featured an electronic waterfall that spat out designs such as climate-justice phrases and a human face that may or may not have been Prime Minister Narendra Modi. Indonesia, which is currently on fire thanks in large part to deforestation to produce palm oil, had a video screen proclaiming the environmental benefits of…palm oil.

But however mitigated the expectations, however low the attention, this is the climate conference we’ve got. The agreements that get made here over the next two weeks will likely do more than any others to decide what kind of planet we, and everyone born after us, gets to live on. I’ll be here for the duration, keeping an eye on things. À bientôt.