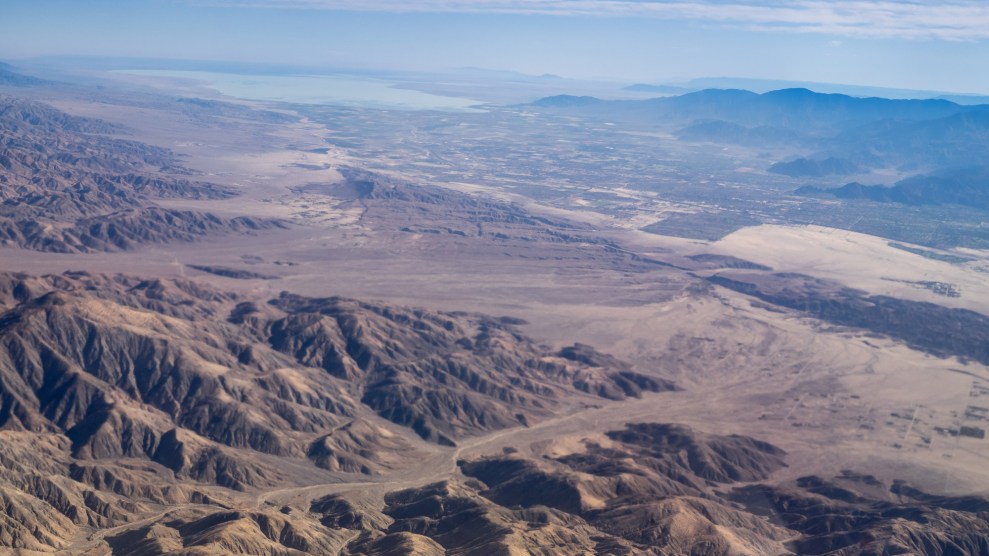 Last week, a swarm of 200 small earthquakes rumbled under the Salton Sea, a saline lake in Southern California. Although only three of the quakes measured above 4.0 on the Richter scale, seismologists worry that these temblors may portend a more dramatic earthquake to come.

So is The Big One coming any day? Here are a few things you need to know about the recent seismic activity:

What is the Salton Sea, anyway?

The Salton Sea is a shallow, saltwater lake east of San Diego, right on the San Andreas fault. Last week’s quakes were not the first in the area: In 2001 and 2009 a swarm of small quakes shook the lake. But the recent temblors were the largest since seismologists started measuring in the region. Scientists worry more about the location than the size, as quakes in the Salton Sea can trigger rumbles elsewhere on the fault. 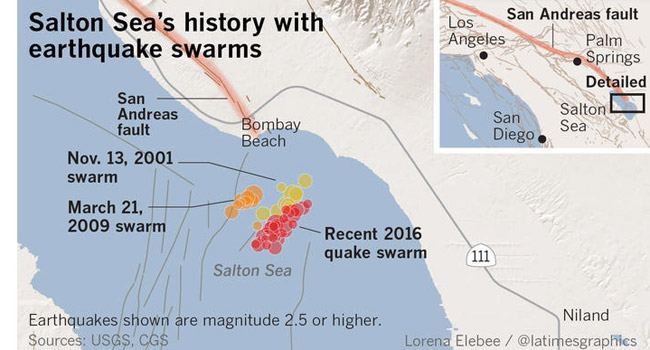 “When there’s significant seismicity in this area of the fault, we kind of wonder if it is somehow going to go active,” Caltech seismologist Egill Hauksson told the Los Angeles Times. “So maybe one of those small earthquakes that’s happening in the neighborhood of the fault is going to trigger it, and set off the big event.”

Scientists predict that when the San Andreas fault has its next big shake up, shocks will be felt as far as Los Angeles, Santa Barbara, and Bakersfield. The quake would likely spur thousands of wildfires; the destruction of brick, concrete, and even some steel buildings; and could result in a death toll as high as 1,800. And the estimates aren’t science fiction. According to Donald Drysdale, spokesperson for the California Geological Survey, there is a 93 percent probability of an earthquake of magnitude 6.7 or greater in Southern California before 2037. And for the whole state the percentage is 99.

So how worried should Southern California be right now?

After the Salton Sea quakes, the risk of “the big one” hitting was elevated to 1 in 500, about 100 times the average odds, according to the US Geological Survey. But as time passes since last week’s shakes, odds are shrinking back to normal levels. Scientists estimate that starting Tuesday, odds of a magnitude 7 earthquake hitting Southern California will decrease again to 1 in 10,000. Seismologist Lucy Jones tweeted about the activity, saying while risk was decreasing, it is still important to prepare.

M4s near San Andreas increase chance of big EQ by a little bit. But we have swarms without big EQ – most likely nothing more will happen

Could the drought be triggering earthquakes?

Maybe. According to research published in Nature by geologist Colin Amos of Western Washington University, the vast amount of recent groundwater extraction in the agriculturally productive San Joaquin Valley could actually be contributing to earthquakes along the San Andreas fault. The reason: Water is heavy, and when it’s removed in great volumes, tectonic plates deep beneath the aquifer can move more freely.

Is there such thing as “earthquake weather?“

The theories of weather predicting earthquakes date back to Aristotle, who first professed that earthquakes were caused by wind trapped in subterranean caves. Hot, dry air that’s particularly calm is often called “earthquake weather” and is thought to be followed by a major temblors. But it’s actually just a myth, one that the US Geological Survey writes off. Earthquakes actually occur equally as often in hot, rainy, and cold weather, so there’s no need to spend a nice warm California day freaking out about quakes (any more than usual, that is).