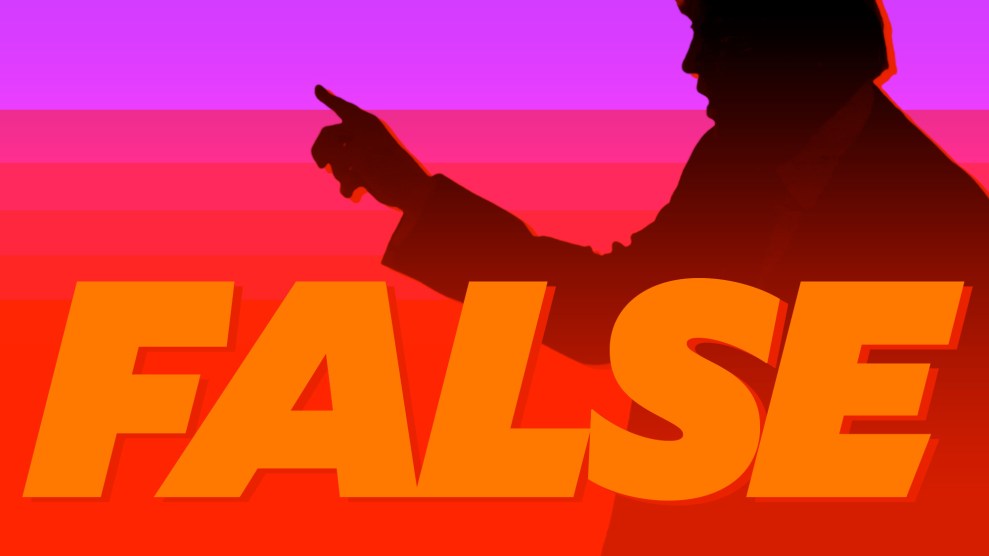 We fact-checked Donald Trump’s latest comments on renewable energy. Turns out, they’re not all true.

The Republican presidential nominee appeared on Herman Cain’s radio show on Tuesday, and he had quite a bit to say about wind and solar power, and birds too. Here’s part of the transcript, courtesy of the Atlanta Journal-Constitution, with our fact-checking notes added in brackets:

TRUMP: Our energy companies are a disaster right now. Coal. The coal business is—you know, there is such a thing as clean coal [False]. Our miners are out of work—now they’re just attacking energy companies like I’ve never seen them attack anything before.

TRUMP: Someone might need a little electricity—a lot of times, it’s the opposite season, actually. When they have it, that’s when you don’t need it. So wind is very problematic [False] and—I’m not saying I’m against those things. I’m for everything. I’m for everything.

TRUMP: But they are destroying our energy companies with regulation [False]. They’re absolutely destroying them [False].

CAIN: But their viability has to be demonstrated before you shove it down the throats of the American people. That’s what you’re saying.

TRUMP: In all fairness, wind is fine [True]. Sometimes you go—I don’t know if you’ve ever been to Palm Springs, California—it looks like a junkyard [False]. They have all these different—

TRUMP: They have all these different companies and each one is made by a different group from, all from China and from Germany, by the way—not from here [False]. And you look at all these windmills. Half of them are broken [False]. They’re rusting and rotting. You know, you’re driving into Palm Springs, California, and it looks like a poor man’s version of Disneyland [False]. It’s the worst thing you’ve ever seen [False].

And it kills all the birds [False]. I don’t know if you know that…Thousands of birds are lying on the ground. And the eagle. You know, certain parts of California—they’ve killed so many eagles [False]. You know, they put you in jail if you kill an eagle. And yet these windmills [kill] them by the hundreds [False].

But solar and wind power are on a meteoric rise, whether Trump likes it or not.