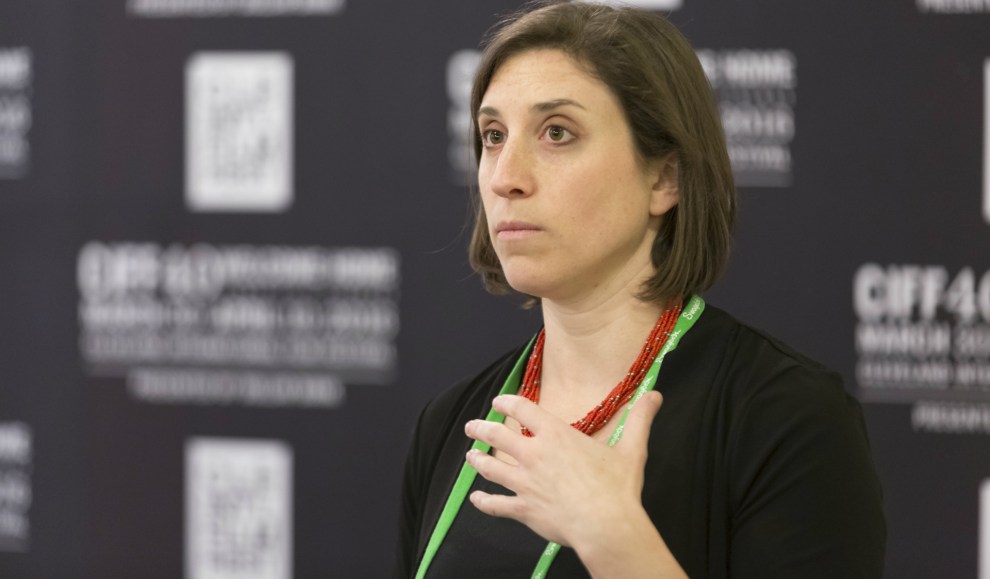 Earlier this year, pipeline protests like the one opposing the Dakota Access Pipeline were barely on Americans’ radar. Now, after videos of protestors clashing with law enforcement have gone viral and hit the evening news, and calls of celebration and support dominate social media the #NoDAPL movement and others have commanded a slice of the national conversation.

But through the fall’s conflicts, North Dakota law enforcement’s efforts targeted not only protestors, but also journalists trying to spread news to the rest of the country. Several reporters and filmmakers who have covered anti-pipeline actions have been arrested or charged with crimes while working. Amy Goodman of Democracy Now faced trespassing and then riot charges following a report she filed showing DAPL security confronting protestors—all charges against her were dropped. Four journalists from the alternative online media site Unicorn Riot were arrested in mid-October covering the DAPL protests. And in later that month, more than one journalist was arrested among 100 detained during a clash between DAPL protestors and police.

One notable case is that of Deia Schlosberg, a documentary filmmaker who was arrested in Walhalla, North Dakota while recording a group of anti-Keystone Pipeline activists who were shutting off pipelines from Canada. Police arrested the activists and Schlosberg, telling her she was considered an “accessory to a crime.”

She faced three felony conspiracy charges and a maximum sentence of 25 years, but has since had her prosecution suspended, and will likely see her charges dropped and her case sealed by mid-2017. Still, Schlosberg’s experience highlights the tension between law enforcement and the press in North Dakota. We talked with Schlosberg about her arrest and its aftermath. The interview has been edited for length and clarity.

Mother Jones: So you were filming activists protesting the Keystone Pipeline. What were they doing?

Deia Schlosberg: The five activists that were part of that action were closing emergency shutoff valves of the five pipelines bringing oil-sands in from Canada to the U.S. Those five pipelines entered four different states: Washington, Montana, North Dakota, and Minnesota. I was covering the valve closure, the shut down in North Dakota, outside of the town of Walhalla.

MJ: Was what they were doing legal?

The cops came and told me I was under arrest, and I said, “Why? I’m a filmmaker.”

MJ: How long were you out there filming before police showed up?

DS: Probably about an hour.

MJ: And then everyone they saw there, the activists and you, you were all arrested at the same time?

DS: Yep. The activists first, and then the cops came and told me I was under arrest and I said, “Why? I’m a filmmaker, I was filming from public property,” and they said, “No, you’re an accessory to a crime.”

MJ: Were the activists charged with the same or similar things that you were charged with?

DS: The activist that entered into the enclosure where the valve was and actually turned the valve was charged with all of the same things, and one or two additional charges. The total number of years on his charges is 86. There was another gentleman there who was the support person, he did not trespass, he did not help with the valve in any way. He was just there to make phone calls and assist. If Michael, the activist who shut the valve off, was arrested, he would help post bail. He has the same charges that I do.

MJ: Does this experience make you hesitant at all to cover things again? Does it make you rethink how you’ll approach stories in any way?

DS: It is scary. I would love to go tell stories about what’s happening at Standing Rock. I would love to interview people and get more in depth, since we’re not hearing about it in mainstream media and I feel like that is my responsibility as a filmmaker and climate reporter, to get those stories that are being left out of the national dialogue.

So, I would love to go cover some of those stories, and I am extremely hesitant because I was just doing my job last time…

“Every journalist, filmmaker, reporter is becoming aware of this trend. That undermines our whole democracy.”

That’s what’s so scary about this whole thing; it’s not just me. I know it’s made me pretty wary, but every journalist, filmmaker, reporter is becoming aware of this trend and probably thinking similar things and being scared of going and covering these stories. That knowledge, that information is just essential to freedom and democracy and human rights in our country. Anything that tramples those freedoms is pretty horrifying. I don’t want to be dissuaded. It bothers me that I’m feeling that way. It bothers me that it’s gotten to me. Now more than ever it’s important for independent media to go and get these stories that are not being told. Honestly, personally, emotionally, it’s fairly traumatic. It hasn’t taken away my desire to do what I feel is the right thing. I was asked if I would have covered this action again, knowing what would happen, and yeah, absolutely I would.

MJ: How did it feel to have your prosecution suspended?

DS: Overall, I feel positive about this outcome, and I’m thankful the state recognized that I was simply doing my job.

MJ: Are you still concerned for climate journalists trying to cover activists, or has this restored your confidence in law enforcement?

DS: It hasn’t necessarily restored my confidence in the treatment of journalists covering this stuff. All of the arrests and charges in the first place are out of control, but I am thankful that in several cases now, the states have recognized that we’re simply doing our jobs. Considering the impending administration, though, I don’t think reporting is going to get any easier.