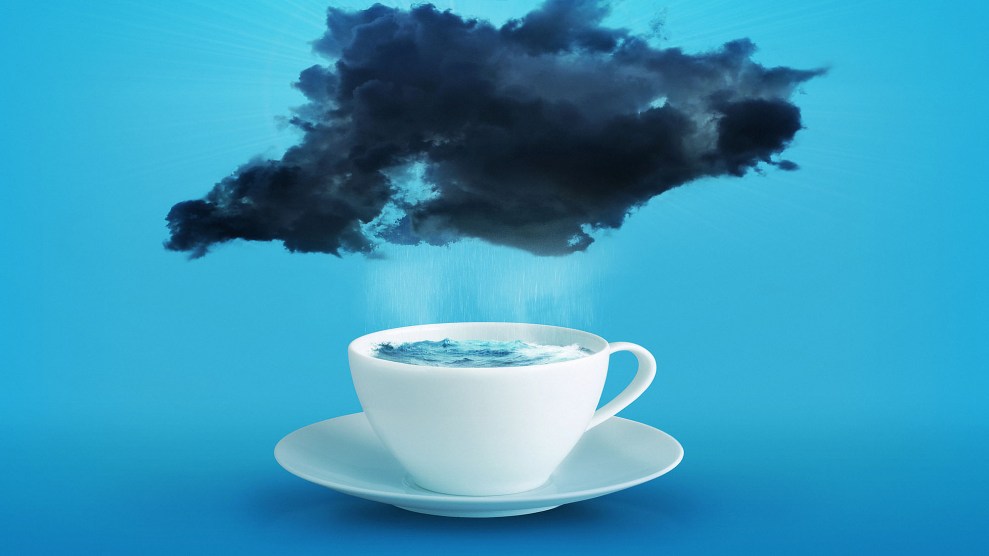 For physicist Helen Czerski, understanding the seemingly complex scientific phenomena that govern the universe begins with a teacup. Stir milk into your coffee or tea and you will notice the fluids gradually mix by swirling—rather than simply merging. Such a simple and mundane observation can also be used to explain much larger patterns in the world, from the churning of the ocean to the formation of a hurricane. In every instance, two fluids meeting for the first time create swirling motions to combine.

In her new book Storm in a Teacup: The Physics of Everyday Life, Czerski uses examples like these to provide a playful and familiar lens through which laymen can explore the world around us.

“People see physics as being either quantum tiny weird things or massive cosmological stuff, and actually, there’s all this stuff in the middle which is still how the universe works,” Czerski tells Kishore Hari on this week’s episode of the Inquiring Minds podcast. “And a lot of these little things are things that people have seen but haven’t noticed.”

On Inquiring Minds, Czerski walks listeners through a handful of these “little things” described in her book. A brimming teacup, for example, can also be used to explain the concept of resonant frequency. Tea drinkers who frequently spill their tea on themselves may notice that tea in an espresso cup sloshes much faster than tea in a giant mug. That’s because the natural sloshing rate relates to the size of the cup. And if said cup is perturbed at the same rate as its natural sloshing rate (or resonant frequency), the tea will slosh higher and higher until it spills over the edge. This knowledge can be pretty useful for cup design—coincidentally, the rate of human walking corresponds quite well with the natural sloshing rate of an average-size cup, which is why you may often find yourself spilling tea as you walk.

Physics is “fundamentally democratic,” says Czerski. “You don’t need a particle accelerator or a posh lab or a white coat to see the fundamental rules of the world at work.”

It can be used to understand more important things, too—such as why buildings of a certain height are more susceptible to earthquakes of a particular magnitude. Czerski brings up the 1985 earthquake in Mexico City as an example: Engineers analyzing the aftermath of the quake noticed that many of the buildings between five and 20 stories high had fallen down, whereas many of the buildings that topped out below five stories or above 20 stories were fine. Just as mugs have a sloshing rate related to their diameter, buildings have a swaying rate related to their height; the earthquake happened to match the resonant frequency of buildings between five and 20 stories, making them sway more vigorously until they collapsed.

“Physicists fundamentally—they look for patterns,” explains Czerski. “And when you see a pattern in one place, it becomes a tool to use in lots of others.”

As an experimental physicist who loves poking and prodding the world to see how it responds, Czerski hopes her book will inspire other people to do the same. “All of these little important tools allow you to be a better citizen because it’s not about knowing all the answers at all, it’s being able to ask the right questions.” The brilliant thing is, the laws of physics are “fundamentally democratic, and you don’t need a particle accelerator or a posh lab or a white coat to see the fundamental rules of the world at work.”

Czerski admits that she sometimes receives pushback from others in the scientific community over her playful approach, but she doesn’t find her examples frivolous. “I don’t think these little everyday things are trivial,” she says. “They are absolutely not. They contain the heart of the framework that rules our world.”