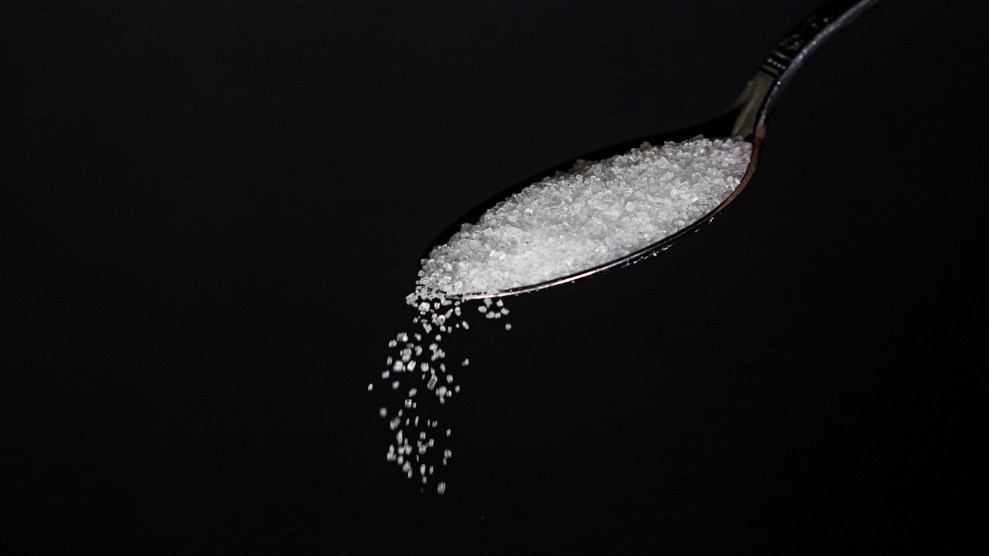 On Monday, a prominent medical journal broke with the flurry of studies recommending that Americans eat less sugar. The Annals of Internal Medicine (AIM) published a study that reviewed nine guidelines on sugar intake and determined that they “do not meet criteria for trustworthy recommendations and are based on low-quality evidence.”

The problem with the study: The Washington-based group, The International Life Sciences Institute, that funded it is supported by sugar-peddling companies including Hershey’s, Coca-Cola, Red Bull, General Mills, McDonald’s, Nestlé, and Kellogg. Additionally, one of the authors, Joanne Slavin, is on the advisory board for one of the largest suppliers of high-fructose corn syrup.

Because of these industry ties, the study sparked outrage. Marion Nestle, a professor at New York University who studies conflicts of interest in nutrition research, told the New York Times, “This is a classic example of how industry funding biases opinion. It’s shameful.”

The outrage extended even to the pages of AIM, as the journal simultaneously released an editorial criticizing the study, calling it a “politicization of science.”

As Mother Jones reported previously, “a growing body of research suggests that sugar and its nearly chemically identical cousin, HFCS, may very well cause diseases that kill hundreds of thousands of Americans every year, and that these chronic conditions would be far less prevalent if we significantly dialed back our consumption of added sugars.” In Big Sugar’s Sweet Little Lies, Gary Taubes and Cristin Kearns Couzens chronicled the sugar lobby’s decadeslong campaign to spin its product as “a nutrient so seemingly innocuous that even the American Heart Association and the American Diabetes Association approved it as part of a healthy diet.”

The same story reported that “Big Sugar used Big Tobacco-style tactics to ensure that government agencies would dismiss troubling health claims against their products.” Similarly, in November, a study of historical records of the Sugar Research Foundation revealed a campaign to divert attention from the heart-health risks of sugar consumption.

It wasn’t until this year that the Food and Drug Administration introduced labels that showed added sugars in addition to total sugars. Added sugars, as Mother Jones‘ Maddie Oatman noted in 2015, are particularly harmful because they lack the fiber found in naturally occurring sugary foods (like fruit), which help regulate the absorption of food, allowing the sugar to overwhelm your system.

The lead author of the AIM paper acknowledged the industry ties to the New York Times but said he hoped people would not “throw the baby out with the bathwater.” The editor-in-chief of AIM, Dr. Christine Laine, defended the decision to publish the study even though the editors knew of the funding source’s industry connections. Laine told the New York Times, “We thought that this was something that our readers would be interested in, and we thought the methods of the systematic review were high quality.”