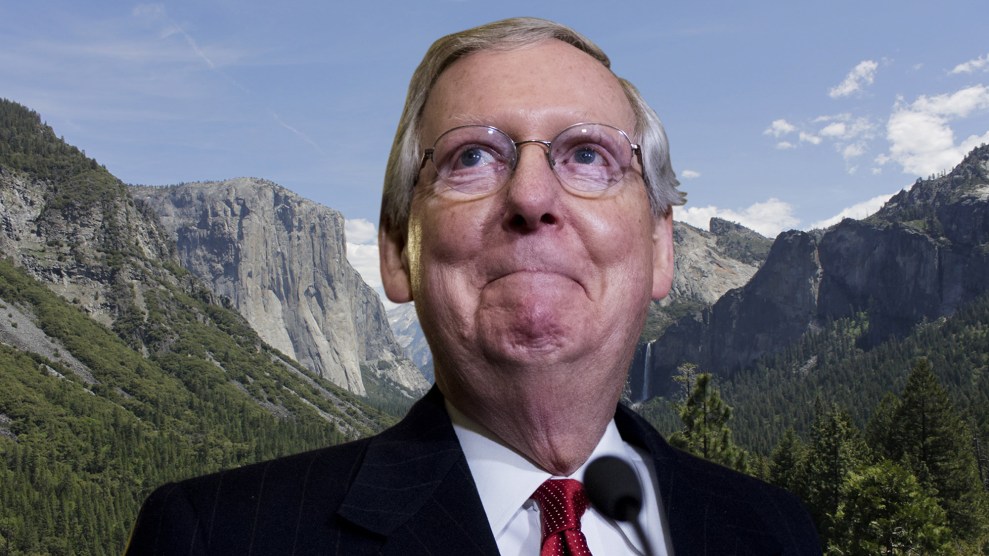 Getting out into the wild is restorative. Fresh air, natural sounds and settings, a spot of exercise: It tends to free our mind, bring down our stress levels, and, with any luck, give us a break from work. The converse is also true. Excessive urban noise, for example, stresses us out and can wreak havoc on our psyches. These are things we know just based on everyday experience. 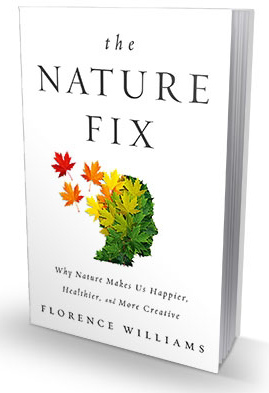 Author and journalist Florence Williams, whose last book was Breasts: A Natural and Unnatural History, takes this knowledge way further in a new book that focuses on the science behind the health-wilderness link. For The Nature Fix, which hits bookstores this week, Williams bounced around the planet talking to naturalists, scientists, and government workers to get to the bottom of our complex relationship with our environment, which turns out to be both intensely physical and psychological.

I reached out to Williams to talk about the science—and why our government is in desperate need of a monthlong camping trip.

Mother Jones: You write about something called “biophilia.” What is that and why is it important?

Florence Williams: Biophilia is a concept popularized by Harvard biologist and naturalist E.O. Wilson that humans are deeply and instinctively bonded to living systems. It’s important because modern life has made us forget this. We think we are separate from nature, and we often treat the natural world as if that were the case. Our essential amnesia of biophilia has devastating consequences for both us and the natural world.  Wilson believes that although the bond is instinctual, it must be cultivated from childhood or we lose it. If we really care about the future of our planet, we need start reconnecting little kids to nature. Unfortunately, many schools, neighborhoods and ever-tempting new technologies are moving kids in the opposite direction.

MJ: We’ve always known intuitively that nature has restorative effects, hence a turn in the countryside, but you really dug in. What surprised you?

“I have this new plan that we need to line the halls of Congress with potted ficuses and unleash some butterflies.”

FW: I figured being in beautiful environments would be good for our mood and mental health, but I wasn’t expecting the evidence that it also improves our attention and cognition. I was also kind of blown away by the so-called “awe studies” that show that when we experience even little shots of awe, like a sunset or an unexpected butterfly, it can make us actually more compassionate and generous. I have this new plan that we need to line the halls of Congress with potted ficuses and unleash some butterflies.

MJ: A lot of the health aspects of our exposure to nature seems to involve reducing our stress levels. Is there much else to it?

FW: There’s some debate about the mechanisms by which time in nature makes us feel better. It reduces our  stress levels, but why? Some argue it’s because of the way information enters our brains. In ordinary life, we suffer from an onslaught of stimuli that taxes our frontal cortex, especially, leading to fatigue and a kind of general grumpiness. When we’re in nature, the frontal lobes get a break, and other parts of our brains get turned on, like parts governing empathy and daydreaming and self-concept.

Another theory is just that, hey, our nervous systems evolved in nature, not in Euclidean concrete cityscapes, and it just makes us feel good to be back in the green and the blue and the environments that sustained us for millions of years. Yet another piece of it is that being outside facilitates a lot of other effective happy-making things, like exercise and hanging out with fun people and seeing beauty. We can get those things in a city, too, but nature provides them for free and for all.

MJ: There’s a growing body of science supporting these health effects, but it seems like foreign scientists and governments are more serious about this stuff and more willing to act on it than Americans. What’s your theory on this?

FW: A lot of the countries I looked at have socialized medicine. It saves the system a lot of money to put some resources into preventing stress-related diseases and it increases worker productivity in the long run. As a psychologist in Finland told me, there just aren’t enough skilled workers to keep burning through them, like so many industries do in the US. So they invest in the workers, even giving them spa time and hiking days in the woods, so that they’ll keep working. And, oh yeah, they get a year off for parental leave—but don’t even get me started on that.

MJ: Tell me a bit about ways governments have taken action on this science, such as the “healing forests” of Japan and Korea.

FW: Japan has designated some 48 forest-therapy trails, mostly used by Tokyoites, who take the trains out of town and decompress from their demanding lives. South Korea now has three entire healing forests and another couple dozen planned. In both countries, healing rangers offer low-cost programs in stress management for everyone from firefighters with PTSD to school bullies to cancer patients. South Korea has explicitly made “green well-being” part of its forest management plan. Researchers have found that time in the woods improves cardiovascular health as well as mental health, so they’re really promoting it.

MJ: Richard Conniff wrote us an interesting piece a while back about how America’s national parks were inspired by Madison Grant, a prominent racist. To what extent is access to nature a social justice issue as it applies to public health?

FW: Madison Grant may have helped inspire the national parks, but so did Frederick Law Olmsted. Olmsted is well known for his love of boulders and big elms, but less known for his radical ideas about public space—especially green space—and democracy. He had toured the slave-holding South as a journalist and promoted the idea of parks as a mixing pot for the great American experiment. He understood that all men and women need to de-stress from the pressures of crowded and increasingly urban life. These notions are now back in vogue, and I don’t think there’s an environmental group out there—or a land-managing federal agency, or a kids’ health group—that isn’t looking at diversity in the outdoors as a core tenet. I’m really heartened by the efforts of groups like Outdoor Afro and GirlTrek and the scouting groups and a ton of others to improve access to nature for urban kids. And when the kids drag their parents outside, the benefits reach into their communities.

MJ: You also wrote a recent piece for Mother Jones, on how noise, which is defined as unwanted sound, appears to have significant negative effects on human health and learning capacity. Part of the equation is how sensitive a person is to noise. So what can a noise-sensitive urban dweller do? Is there a way to make peace with the leaf blowers or with the death metal our annoying housemates insist on blasting day and night?

FW: I wish that were true. I think once you’re bothered by noise, you’re probably always bothered by noise. The best we can hope for is to change up our personal soundscapes by wearing noise-canceling headphones, playing some nice birdsong or whatever music, and soundproofing your work space. Beyond that, we need to just get the heck out of dodge once in a while to recover some equanimity. 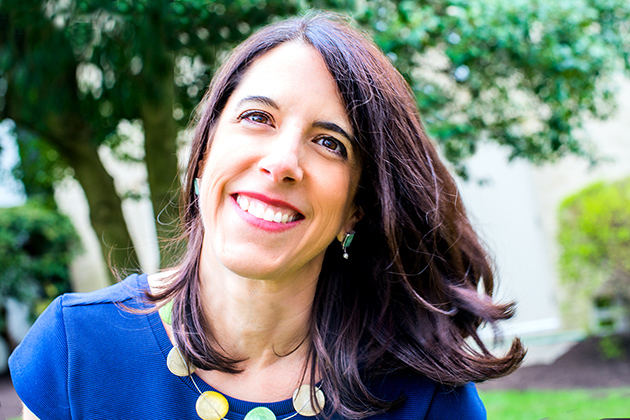