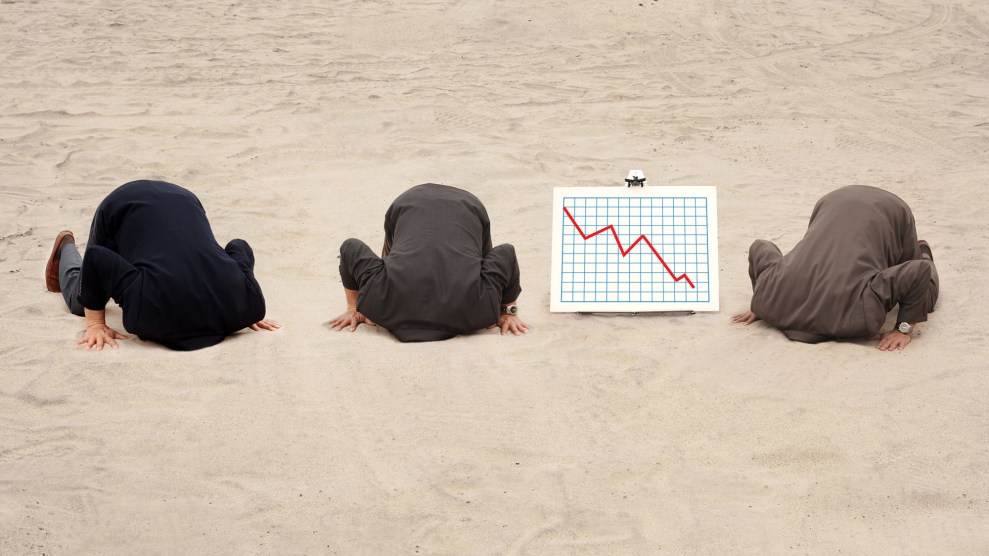 A hearing of the House Committee on Science, Space & Technologyjgroup/Getty

At a congressional hearing on climate science Wednesday, Michael Mann lamented that he was the only witness representing the overwhelming scientific consensus that manmade global warming poses a major threat.

“We find ourselves at this hearing today, with three individuals who represent that tiny minority that reject this consensus or downplay its significance, and only one—myself—who is in the mainstream,” he said in his opening testimony.

“I think the intention is to cause scientists to retreat.”

Sitting on either side of Mann were the other three witnesses: Judith Curry, John Christy, and Roger Pielke, Jr.—scientists who have clashed with Mann in the past and are frequently sought after by Republican politicians who reject mainstream climate science. Curry recently defended EPA chief Scott Pruitt’s statement that scientists don’t know whether human activity is “a primary contributor” to global warming. Christy claims that climate models overstate the role of human activity. Pielke accepts the role greenhouse gasses play in warming but has drawn criticism for arguing that links between extreme weather and climate change have been overstated.

Sitting on the dais across from Mann was House science committee chairman Lamar Smith (R-Texas), a climate change denier who has made headlines in recent years by using his committee to investigate scientists and accuse them of rigging climate data. Last week, at the Heartland Institute’s annual DC conference for climate change deniers, Smith boasted of his record of issuing dozens of subpoenas to government researchers, environmental groups, and Democratic attorneys general investigating ExxonMobil. He also previewed Wednesday’s hearing, predicting that it was “going to be so much fun.” He slow-rolled the names of the witnesses as conference attendees cheered—but he warned them they might want to hold their applause until he finished reading name of the final witness, which was Mann.

Smith summarized his own views of global warming in his opening statement Wednesday: “Alarmist predictions amount to nothing more than wild guesses. The ability to project far in to the future is impossible…All too often, scientists ignore the basic tenets of science in order to justify their claims. Their ultimate goal appears to be to promote a personal agenda even if the evidence doesn’t support it.”

Smith’s remarks may have been a thinly veiled attack on Mann and his colleagues, but Mann had similar criticisms of Smith. The Penn State* climate scientist spent the hearing knocking down Smith’s views. In particular, Mann pointed to an earlier hearing in which Smith had baselessly accused scientists at the National Oceanic and Atmospheric Administration of “falsifying data to justify a partisan agenda” when they published a study showing that global warming had not stalled in recent years, as some have argued.

Mann took aim at Smith’s tactics. “If you get attacked every time you publish an article” about global warming, “if that causes you to become subject to congressional inquiries and Freedom of Information Act requests, obviously that’s very stifling, and I think the intention is to cause scientists to retreat,” he said. Mann charged that the public attacks on Tom Karl—the NOAA scientist in charge of the study disputing the global warming “pause”—appeared to be intended “to send a chilling signal to the entire research community. That is: If you, too, publish and speak out on the threat of human-caused climate change, we’re going to come after you.”

Mann blasted Republicans for “going after scientists simply because you don’t like their publications of their research—not because the science is bad, but because you find the research inconvenient to the special interests who fund your campaigns.” He added, “I would hope we could all agree that is completely inappropriate.”