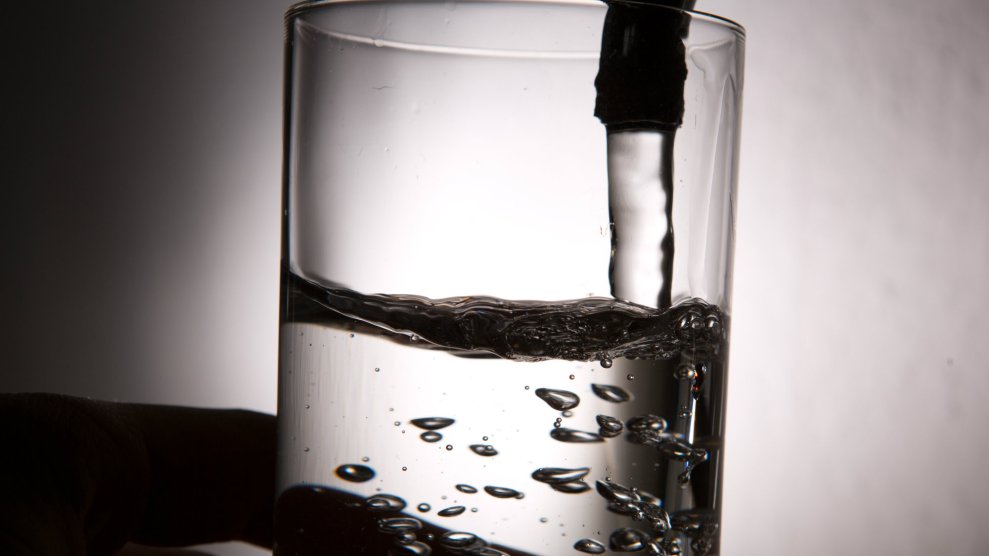 America’s crumbling water infrastructure and insufficient implementation of environmental laws have left millions of people drinking unsafe water, according to a new report from the Natural Resources Defense Council. According to Threats on Tap, there were more than 12,000 health-based violations in 5,000 water systems that served over 27 million people across the United States.

The Safe Drinking Water Act, enacted by Congress in 1974, is supposed to keep drinking water clean by regulating 100 different contaminants, such as lead and arsenic. But lack of enforcement from the Environmental Protection Agency and state-level agencies, coupled with the deterioration of water infrastructure, has resulted in the standards of the SDWA not being met. “Flint was a wake-up call for Americans,” said Erik Olson, who directs the NRDC’s health program, “but it’s not the only place in the United States with tap water problems.”

“Flint was a wake up call for Americans, but it’s not the only place in the United States with tap water problems.”

The NRDC documented health-based SDWA violations in every state and some territories. The five water systems with the most health violations were Texas, Puerto Rico, Ohio, Maryland, and Kentucky. Those violations included contamination from disinfectants that react adversely when added to water and nitrites from animal or human waste.

According to the Centers for the Disease Control and Prevention, more than 19 million Americans get sick every year from drinking contaminated water. The problem is more pronounced in smaller and rural communities: Water systems that serve 500 people or less made up more than 50 percent of all health-based violations in 2015.

Because of loopholes in states’ reporting rules and the low number of contaminants identified as hazardous by the EPA, the report says its own data is likely understated.

Although the SDWA allows the EPA to identify drinking-water contaminants and set new rules that establish their maximum acceptable levels, two decades have passed since the EPA set a new standard or reviewed the old ones. There are multiple steps the EPA must take before it can legally adopt a new standard, but the agency lacks the resources and is often hamstrung by political opposition.

In January, prior to President Donald Trump’s inauguration, the House passed legislation that would make it harder for the EPA and other agencies to create regulations that would safeguard public health. If the Regulatory Accountability Act passes the Senate and becomes law, it will favor industry interests and exacerbate the downward spiral of America’s water infrastructure system.

Contaminants are not the only reason for drinking water’s dismal state in the United States. The American Society of Civil Engineers gave the country’s water system a D—passing, but not by much. In too many cities, pipes that deliver water to homes are 80 to 100 years old, and lead-contaminated water flows through 6 million to 10 million lead service lines. Then there are the drinking-water plants, most of which use century-old technology for water treatment. The EPA estimates that the government would need to spend nearly $400 billion to upgrade water infrastructure.

According to the authors of the report, “There are untold numbers of unregulated contaminants in drinking water that pose health risks.” The NRDC advocates for strengthening regulations and investing in infrastructure. But doing so would require action from the EPA, whose administrator, Scott Pruitt, is no fan of regulations. He told a group of coal miners in April, “The regulatory assault is over.”