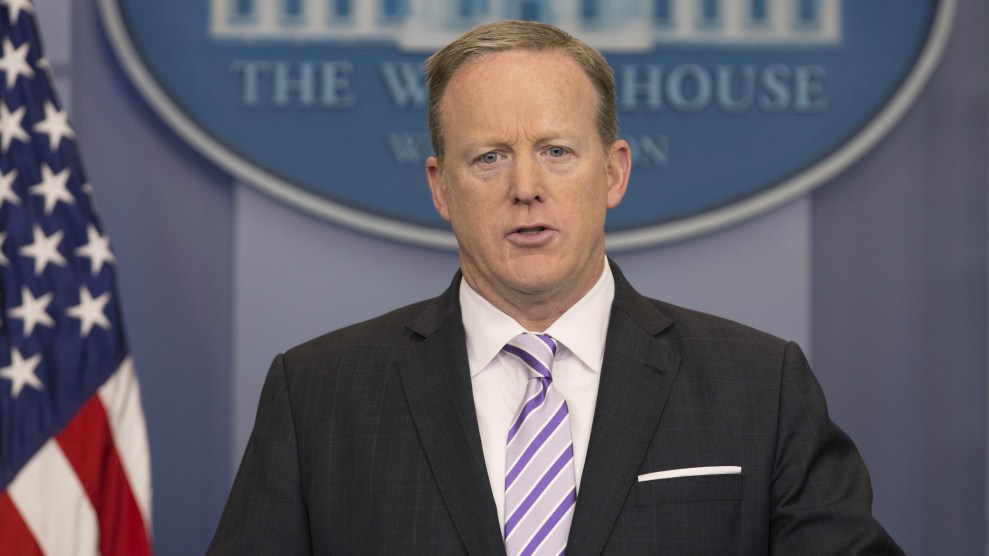 You’d think President Donald Trump’s opinion of climate change might inform the decision he promised to make on the Paris climate accord this week, following meetings with G7 leaders who pressured him to keep the US engaged. But it seems his team doesn’t know what his position actually is.

At a White House briefing on Tuesday, here is Press Secretary Sean Spicer’s response to a reporter’s question about whether Trump believes human activity is contributing to global warming: “Honestly, I haven’t asked him. I can get back to you.”

The reporter then asked if he feels as if Trump is still trying to make up his mind. “I don’t know,” Spicer responded.

Though Spicer didn’t hint at what his boss will ultimately decide, he mentioned that Trump and Environmental Protection Agency Chief Scott Pruitt met on Tuesday. That might be a bad sign, as Pruitt has been leading the Trump administration’s “leave” contingent.

During a press briefing in late March, when Trump was rolling out his anti-climate executive orders, a reporter asked a senior White House official whether the president accepted that humans contribute to climate change. “Sure. Yes, I think the president understands the disagreement over the policy response,” he replied. But pressed further, he couldn’t fully explain Trump’s position, his advisers, or his own, for that matter. “I guess the key question is to what extent, over what period of time,” he said. “Those are the big questions that I think still we need to answer.”

His advisers have recently suggested that Trump’s views on the Paris deal and climate change were, in the words of economic adviser Gary Cohn, “evolving,” though they’ve offered little evidence of what those views now are. “I think he is learning to understand the European position,” Cohn said during the G7 meetings last week. Secretary of Defense James Mattis, who acknowledges climate change as a threat, claimed Trump was “curious about why others were in the position they were” on the Paris deal, and that he was “wide open” on the issue.

Regardless what Trump thinks of the Paris agreement, he’s been clear that his policy choices won’t reflect the best available science. Our timeline of Trump’s comments on global warming should give you a better idea of the ebbs and flows of his position since 2009.