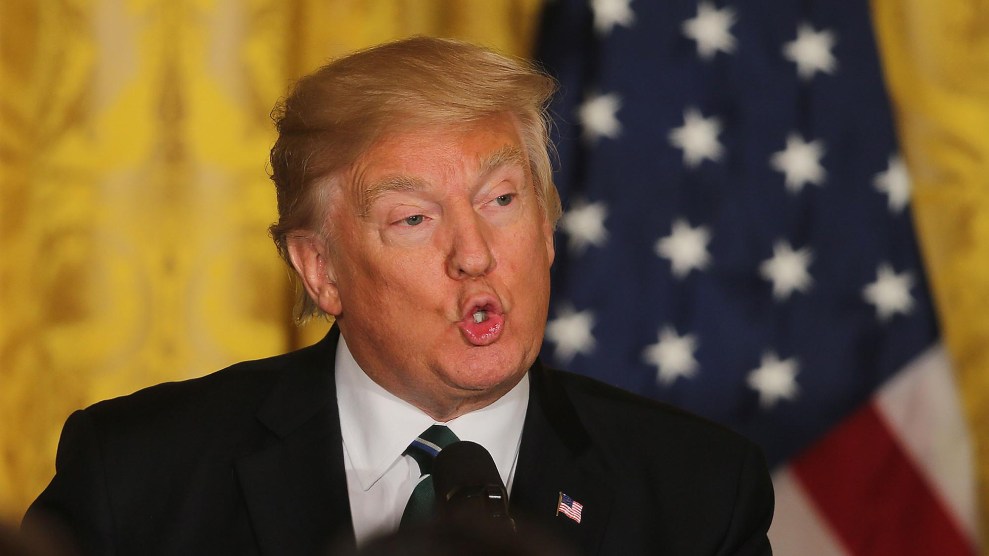 Update 5:35 p.m. ET: White House spokesperson Lindsay Walters pushed back on the Wall Street Journal report in a statement, “There has been no change in the United States’ position on the Paris agreement. As the President has made abundantly clear, the United States is withdrawing unless we can re-enter on terms that are more favorable to our country.”

The Wall Street Journal reports that the Trump administration has told European officials that it won’t leave the Paris agreement.

Trump administration officials said Saturday the U.S. wouldn’t pull out of the Paris Agreement, offering to re-engage in the international deal to fight climate change, according to the European Union’s top energy official.

The shift from President Donald Trump’s decision in June to renegotiate the landmark accord or craft a new deal came during a meeting of more than 30 ministers led by Canada, China and the European Union in Montreal.

“The U.S. has stated that they will not renegotiate the Paris accord, but they will try to review the terms on which they could be engaged under this agreement,” European Commissioner for Climate Action and Energy Miguel Arias Cañete said.

The Paris Agreement is not legally binding, and there is no enforcement mechanism. That is why environmental groups warned earlier this year that staying in Paris “in name only” would not be the win people might think. But, as my colleague Rebecca Leber noted in May, it would still be preferable to leaving entirely “if only because it would be easier to pick up the pieces in four years if Trump isn’t reelected.”

Even if the U.S. remained, the Trump administration would not have had to do anything if they didn’t want to. “Since Paris is voluntary, there’s no concrete reason for Trump to pull out or to stay in,” Kevin Drum wrote in May. “The United States can do whatever it wants either way. The whole thing is about signaling,”

There was a lot of blowback from the international community when Trump announced he was pulling us out of Paris. Maybe they finally realized that they can weaken it without having China bring it up in every meeting by just staying in?

The timing might also be significant, considering that this comes on the heels of Trump’s reported deal on DACA, it seems likely remaining in the international climate agreement will only add to the discontent among the far right and fuel their suspicion that Trump has decided to sell them out.