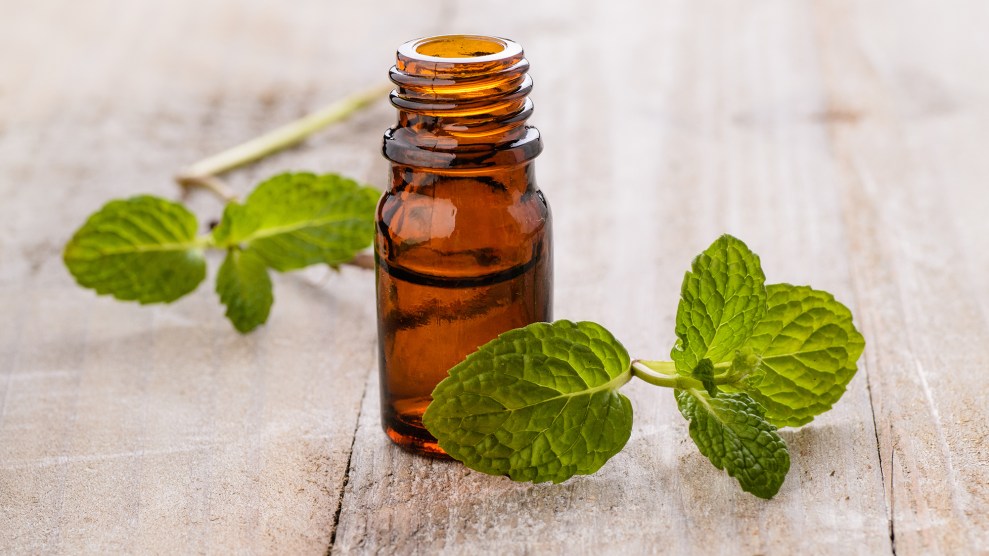 Here in Northern California, some of the most destructive wildfires in the state’s history are ravaging our iconic wine country and the surrounding area. Smoke from the fires has spread far beyond the danger zone: The air quality in the Bay Area hit record lows in the last few days, sending residents scouring the internet for masks and air filters.

Earlier this week, someone in a local listserv I’m on asked about protection from the smoke. Another person responded that “essential oils” can help “cleanse the air.” She recommended a blend from a company called DoTerra. Really? I thought. Then I did a quick Facebook search and found dozens of posts by people peddling DoTerra oils making similar claims:

And then there was this one from a few months back:

Then, my coworker found this when she searched for “air purifiers” on Amazon:

Wildly trendy essential oils, popularized by a handful of multilevel marketing firms including DoTerra (which did not respond to request for comment) are extracted and distilled from aromatic plants. Each oil has a unique aroma that believers claim can help with physical and psychological symptoms: One Facebook salesperson posted yesterday about her “child-safe air purifying blend” which she says “has powerful antiseptic, antibacterial, antifungal and sanitizing properties. It purifies and cleanses the bacteria in the air, neutralizes mildew, smoke, and other noxious odors.”

So can essential oils really clean the smoke out of the air? In a word, no, says Jeff Williams, an air pollution specialist with California’s Air Resources Board. “I don’t see any benefit to using a diffuser.” In fact, he says that experts agree that these devices can actually add more volatile organic compounds—toxic air pollution particles—to the air. For people with respiratory problems, that could be dangerous. “When you breathe it you might get a bit of a placebo effect because it smells good, and it might make you feel like the air is clean, but it doesn’t mean the air is clean.”

Kyaw Tha Paw U, a biometeorologist who studies indoor air pollution at the University of California-Davis, agrees. “Most probably essential oil diffusers wouldn’t help much and could possibly put out more small particulates that frequently aren’t very good for people,” he wrote to me in an email.

Instead of essential oils, Williams recommends investing in an air purifier with a High Efficiency Particulate Air (HEPA) filter or a Minimum Efficiency Reporting Value (MERV) score of around 16. The San Francisco Chronicle‘s recommended list of purifiers is here.