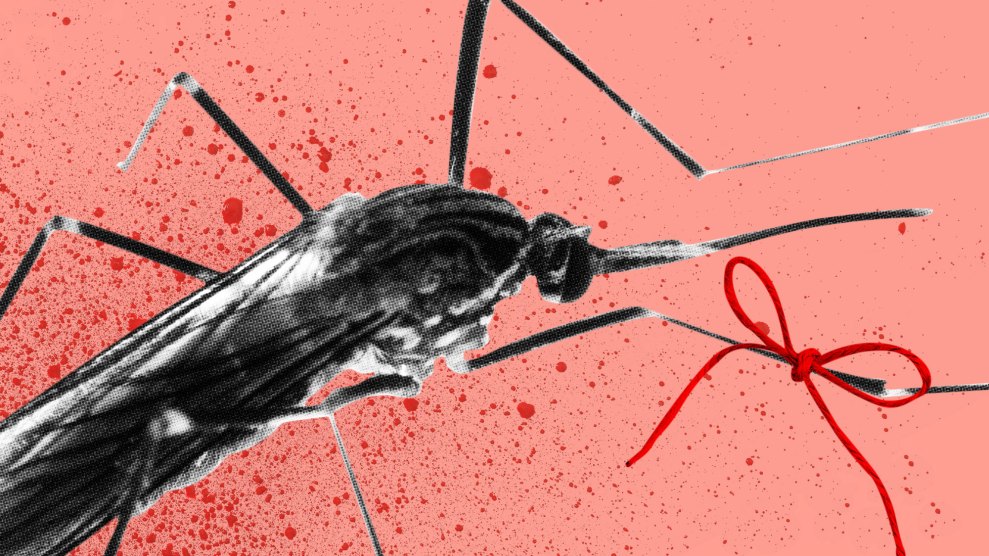 If you’ve ever been plagued by a solitary mosquito buzzing in your ear in the dead of a summer night, the following will be welcome news: You may actually be able to train that bloodsucker to avoid you for a while.

Mosquitoes are attracted to some people more than others, and they will even change which species they feed upon as seasons change. That’s no accident. While their brains may be the size of the period at the end of this sentence, they are finely tuned blood-hunters. And a new study by researchers from the University of Washington, the University of California-Riverside, and the California Institute of Technology, suggests that the mosquito species responsible for perennial outbreaks of dengue fever, chikungunya, and Zika, is actually capable of learning.

The peer-reviewed study, published Thursday in the journal Current Biology, found that Aedes aegypti mosquitoes can “remember” specific human odors and make decisions based on negative short-term memories associated with those odors.

“I think that people should respect the mosquito for having that kind of sophisticated sensory equipment.”

“A mosquito uses every sense that it can. It sees pretty well. It has an exquisite sense of hearing. It’s got a great sense of smell,” says Professor Ronald Hoy, who was not involved in the study but who studies insect neurobiology and behavior at Cornell University. “It’s got so many cool biosensors on board, that if you were to scale it up, that’s a pretty good bit of rocket science, in a way. I think that people should respect the mosquito for having that kind of sophisticated sensory equipment.”

In experiments that evoke Ivan Pavlov’s famous dog studies, the paper’s authors tested thousands of mosquitoes, exposing some to different human scents while delivering a mechanical shock to approximate the experience of being swatted at by a human. When the insects were then given the choice to fly toward that same odor or a neutral control odor in a Y-shaped Plexiglass chamber, they were more than three times less attracted to the scent with the bad association. Not only that, but according to the study’s lead author, Jeffrey Riffell, the mosquitoes could remember that negative association for days.

The researchers also tested individual chemicals found in human scent. “Once they learned a chemical indicates that they might get swatted, then they’ll avoid it to the same degree as a really strong repellent,” says Riffell, an associate professor of neuroethology at the University of Washington.

Evolution may play a role in this dynamic. “We all know, when we’re bitten, it sucks. Our responses are instinctive,” Riffell says. “Cows, for instance—the cattle that are moving and swishing their tails more are avoided more by these insects…[The mosquitoes] seem to recognize a host that can actually defend itself.”

The team repeated its experiments using the odors of rats and chickens instead of  human odor. The rat odor yielded a similar result, but the chicken odor did not, suggesting that there are limits on what this species of mosquito, at least, is able to learn.

“The interesting part about this paper is that…if you disrupt the dopamine pathway, the mosquitoes go dumb, so to speak.”

The researchers also got a glimpse into the function of the primitive mosquito brain by looking at the effect of dopamine, a neurotransmitter, on the effect they observed. Dopamine plays a key role in decision making in many species, including humans. When mosquitoes genetically modified to lack dopamine receptors were put to the same odor tests, the insects failed to discern between the “negative” and the neutral control odors. “The interesting part about this paper is that they do show dopamine is involved in associative learning and if you disrupt the dopamine pathway, the mosquitoes go dumb, so to speak,” Hoy says.

Getting inside the minds of these insects, the authors argue, will help scientists come up with new ways to control them. And that’s important, because mosquitoes are among the deadliest animals on the planet, infecting hundreds of millions of people annually around the globe, and killing hundreds of thousands. (The urban-dwelling Aedes aegypti is a particularly difficult species to eradicate.)

“There’s a lot to do in terms of understanding more about how the mosquito brain is processing this information and how they’re making these decisions,” Riffell says. “We’re just beginning to explore this.”