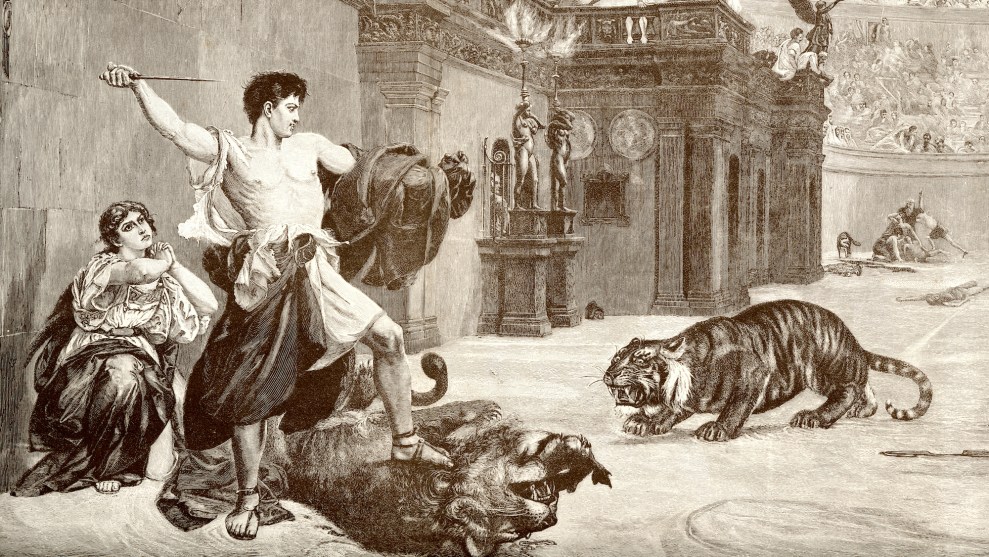 Humankind is revealed as simultaneously insignificant and utterly dominant in the grand scheme of life on Earth by a groundbreaking new assessment of all life on the planet.

The world’s 7.6 billion people represent just 0.01% of all living things, according to the study. Yet since the dawn of civilisation, humanity has caused the loss of 83% of all wild mammals and half of plants, while livestock kept by humans abounds.

The new work is the first comprehensive estimate of the weight of every class of living creature and overturns some long-held assumptions. Bacteria are indeed a major life form—13% of everything—but plants overshadow everything, representing 82% of all living matter. All other creatures, from insects to fungi, to fish and animals, make up just 5% of the world’s biomass.

Another surprise is that the teeming life revealed in the oceans by the recent BBC television series Blue Planet II turns out to represent just 1% of all biomass. The vast majority of life is land-based and a large chunk—an eighth—is bacteria buried deep below the surface.

“I was shocked to find there wasn’t already a comprehensive, holistic estimate of all the different components of biomass,” said Prof Ron Milo, at the Weizmann Institute of Science in Israel, who led the work, published in the Proceedings of the National Academy of Sciences.

“I would hope this gives people a perspective on the very dominant role that humanity now plays on Earth,” he said, adding that he now chooses to eat less meat due to the huge environmental impact of livestock.

The transformation of the planet by human activity has led scientists to the brink of declaring a new geological era—the Anthropocene. One suggested marker for this change are the bones of the domestic chicken, now ubiquitous across the globe. The new work reveals that farmed poultry today makes up 70% of all birds on the planet, with just 30% being wild. The picture is even more stark for mammals—60% of all mammals on Earth are livestock, mostly cattle and pigs, 36% are human and just 4% are wild animals.

“It is pretty staggering,” said Milo. “In wildlife films, we see flocks of birds, of every kind, in vast amounts, and then when we did the analysis we found there are [far] more domesticated birds.”

The destruction of wild habitat for farming, logging and development has resulted in the start of what many scientists consider the sixth mass extinction of life to occur in the Earth’s four billion year history. About half the Earth’s animals are thought to have been lost in the last 50 years.

But comparison of the new estimates with those for the time before humans became farmers and the industrial revolution began reveal the full extent of the huge decline. Just one-sixth of wild mammals, from mice to elephants, remain, surprising even the scientists. In the oceans, three centuries of whaling has left just a fifth of marine mammals in the oceans.

“It is definitely striking, our disproportionate place on Earth,” said Milo. “When I do a puzzle with my daughters, there is usually an elephant next to a giraffe next to a rhino. But if I was trying to give them a more realistic sense of the world, it would be a cow next to a cow next to a cow and then a chicken.”

Despite humanity’s supremacy, in weight terms Homo sapiens is puny. Viruses alone have a combined weight three times that of humans, as do worms. Fish are 12 times greater than people and fungi 200 times as large.

But our impact on the natural world remains immense, said Milo, particularly in what we choose to eat: “Our dietary choices have a vast effect on the habitats of animals, plants and other organisms.”

“I would hope people would take this [work] as part of their world view of how they consume,” he said. ”I have not become vegetarian, but I do take the environmental impact into my decision making, so it helps me think, do I want to choose beef or poultry or use tofu instead?”

The researchers calculated the biomass estimates using data from hundreds of studies, which often used modern techniques, such as satellite remote sensing that can scan great areas, and gene sequencing that can unravel the myriad organisms in the microscopic world.

They started by assessing the biomass of a class of organisms and then they determined which environments such life could live in across the world to create a global total. They used carbon as the key measure and found all life contains 550bn tonnes of the element. The researchers acknowledge that substantial uncertainties remain in particular estimates, especially for bacteria deep underground, but say the work presents a useful overview.

Paul Falkowski, at Rutgers University in the US and not part of the research team, said: “The study is, to my knowledge, the first comprehensive analysis of the biomass distribution of all organisms–including viruses–on Earth.”

“There are two major takeaways from this paper,” he said. “First, humans are extremely efficient in exploiting natural resources. Humans have culled, and in some cases eradicated, wild mammals for food or pleasure in virtually all continents. Second, the biomass of terrestrial plants overwhelmingly dominates on a global scale–and most of that biomass is in the form of wood.”