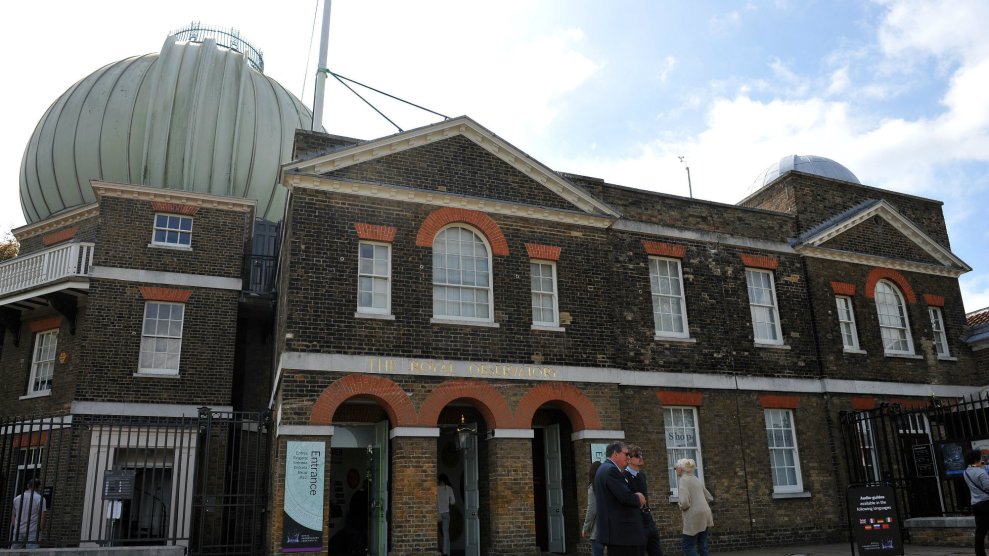 The famed Royal Observatory in Greenwich, United Kingdom, is reopening more than 60 years after London’s smog forced its closure in 1957.

The Royal Observatory was founded in 1675 by King Charles II of England, with the goal of improving navigation at sea and reducing shipwrecks by mapping the locations of stars. The observatory at Greenwich is the site of the Prime Meridian, the line that divides the world’s eastern and western hemispheres (in the same way the Equator divides the northern and southern hemispheres). It is also home of the historic Greenwich Mean Time, which is the basis for the world’s time zone system.

By the 1940s and 1950s, London’s industrialization—which expanded the city’s railways and resulted in extreme light pollution—had begun to interfere with the urbanized Royal Observatory’s operations. Louise Devoy, the curator of Royal Observatory at Greenwich, said in a recent interview with the Telegraph, “The observatory really started to wind down in 1948 because … [the] Greenwich Power Station was belching out smoke so the telescopes were becoming useless.” She added that the vibrations from nearby trains and signals from iron-framed buildings made it challenging for the observatory’s sensitive equipment to take accurate readings.

Moreover, the city’s air pollution got so bad that astronomers could no longer do their work. During the mid-20th century, London was periodically plagued by thick blankets of yellow smog, which were so severe that they halted traffic and even closed theaters because audiences could not see performers on stage through the haze. (The phenomenon showed up in a Season 1 episode of The Crown.) Seeing faraway stars through telescopes was nearly impossible in such conditions.

Because of the challenges and limitations of running an observatory in an urban environment, in 1948 the Royal Observatory began to transfer its instruments and functions to Sussex, which had darker, clearer skies than London. In 1957, the Royal Greenwich Observatory reopened at the Herstmonceux Castle, and the defunct observatory in London became a museum and outreach center to educate the public about astronomy.

In 2017, the Royal Museums Greenwich launched a successful campaign to raise funds to restore the observatory at Greenwich and upgrade the building in which it was housed.

The revamped Royal Observatory has been outfitted with a new telescope named after Annie Maunder, who was one of the first female scientists to work at the observatory in Greenwich. Maunder was hired in 1891 to process data as a “lady computer.” Her later research mapping sunspots and observing solar eclipses helped shed light on the link between the sun’s activity and Earth’s climate.

The Royal Observatory’s Annie Maunder Astrographic Telescope consists of four different telescopes that perform different functions. The largest can produce magnified views of the moon and planets in our solar system. Another telescope will track and record changes to the sun. The observatory will also be able to look at nebulae and galaxies with a specialized digital camera.

Many of the world’s observatories are located in remote areas with little light pollution, such as the Very Large Telescope (yes, that’s really its name) in the heart of Chile’s Atacama Desert. However, advances in technology have made urban astronomy more feasible. Astronomer Brendan Owens explained to the Telegraph, “We now have filters which completely block out the wavelengths of light from things like street lamps and instead just focus on the hydrogen, oxygen and sulphur dioxide that are coming from stars and planets.”

The astronomers at the reopened Royal Observatory are hoping to witness the “blood moon” lunar eclipse July 27, during which the Moon will turn a reddish color as it passes through Earth’s shadow.

“It should be quite spectacular,” Owens said of the upcoming eclipse. “We can also use the red tinge to tell us about pollution in the air, as that changes the [Moon’s color] during an eclipse.” Luckily, although the London’s air is still quite polluted, the air quality has visibly improved since the days of the Great Smog.