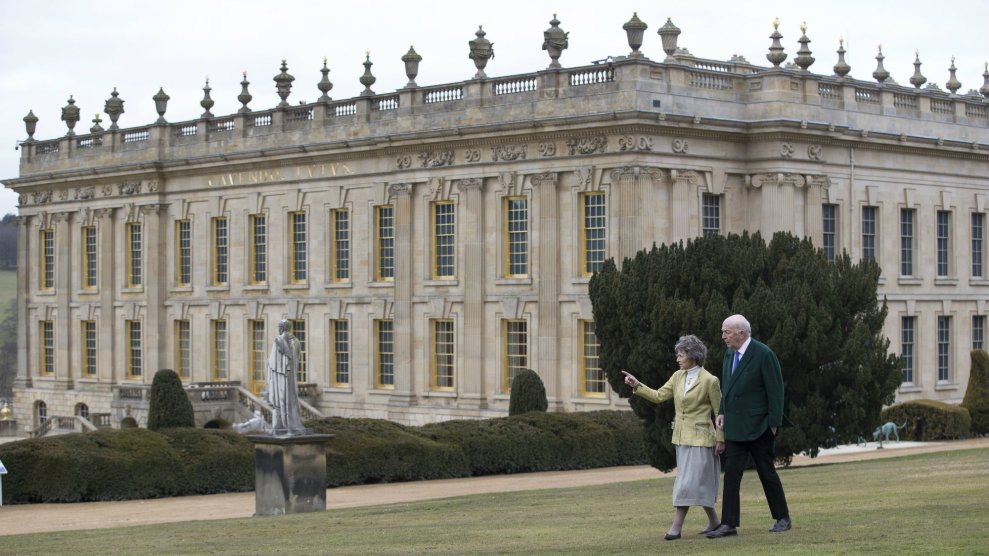 Across the United Kingdom and Ireland this summer, heat waves and wildfires have been revealing hidden signs of the past, from crop marks dating back thousands of years to giant signs meant to signal World War II pilots. At Chatsworth House, a Derbyshire estate perhaps most famous for its connection to Pride and Prejudice, the heat wave has exposed the outlines of a long-gone world—the gardens and village that existed here back in the 17th and 18th centuries.

Going back centuries now, this piece of land has been a large estate in a picturesque part of England. Many years ago, starting toward the end of the 1600s, the first Duke of Devonshire had parterre gardens, a style developed in France, put in, with curling paths and highly designed, elegant flower beds. By the mid-1700s, though, the fourth Duke was ready to make a change.

This duke was drawn to natural landscapes and replaced the garden with a less formal arrangement. The village on the estate, Edensor, also needed to change, he thought. He had parts torn down, in order to complete the more natural picture he’d envisioned.

In the 1830s, the sixth Duke had his own plans for the village, which he imagined could become a tidier, more comfortable, and more beautiful place. Under his management, the village high street was demolished, along with the small homes of his tenants. In their place, he built more modern, more charming cottages and instructed tenants that only one family could live in each one, instead of crowding in as they had before.

Parts of the village were missing, though. In the new Edensor, there was “neither a village ale-house, blacksmiths’ forge, wheelwright’s shop, or any other gossiping place,” according to an account from 1872. (The Duke did make plans for tenants who were displaced: The blacksmith, for instance, was given a new place a mile away.)

More than 150 years later, though, the mark of these gardens and the old village is still hiding on the estate. This summer’s heat wave has stressed the lawns enough that the plants living above old foundations and paths, where water can be scarcer, have browned and revealed traces of the past and the history of the Dukes’ work on their land.