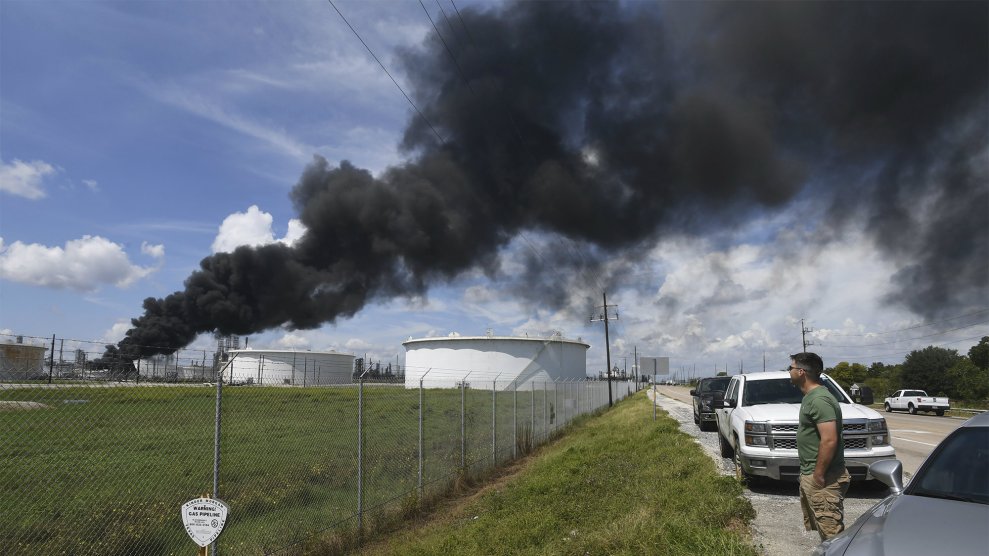 The Environmental Protection Agency will soon propose plans to make it much easier for oil and gas companies to release methane, a potent greenhouse gas, into the atmosphere, according to a report Monday in the New York Times.

The newspaper, citing agency documents that have not yet been made public, said the EPA will propose loosening an Obama-era rule that mandates energy companies frequently inspect their oil and gas wells for methane leaks. The Interior Department is also expected to release its own proposal to remove bans on the “flaring” of methane at drilling rigs, the Times notes.

The moves are the latest efforts this year to undo much of former President Barack Obama‘s work to address man-made climate change, spurred by the release of greenhouse gas emissions. While methane makes up only about 10 percent of those emissions, the gas is about 25 times more potent than carbon dioxide.

Current rules mandate energy companies inspect their drilling operations as often as every six months, and those found to be leaking methane must be repaired within 30 days. The proposed plan would allow well owners to space out inspections to just once per year, or even once every two years, and double the allotted time to fix leaks to 60 days.

The rules would also allow energy operations in states with their own methane standards to abide by those rather than federal rules, even if local laws are far weaker.

The EPA has this year moved to dramatically weaken fuel economy and antipollution standards for vehicles, which would add 600 million metric tons of carbon dioxide to the atmosphere by 2030. The agency also proposed gutting rules aimed at curbing carbon emissions from the nation’s power plants, which could lead to up to 1,400 more premature deaths each year by 2030, according to the EPA’s own analysis.

“They’re taking them down, one by one,” Janet McCabe, who served as the EPA’s climate and air regulator under Obama, told the Times.

The agency efforts to roll back many of the nation’s environmental standards has continued even after the resignation of Administrator Scott Pruitt, who resigned in July amid many ethical scandals. His former deputy, Andrew Wheeler, has been serving as acting administrator.

The Times notes that if the EPA’s proposal regarding methane emissions goes forward, it could save the oil and gas industry hundreds of millions of dollars that it would have spent on the monitoring and repair of methane-leaking wells. The agency estimated that energy companies would pay $530 million to do so by 2025 under Obama’s rules but save $484 million by the same year if the Trump proposal is implemented.