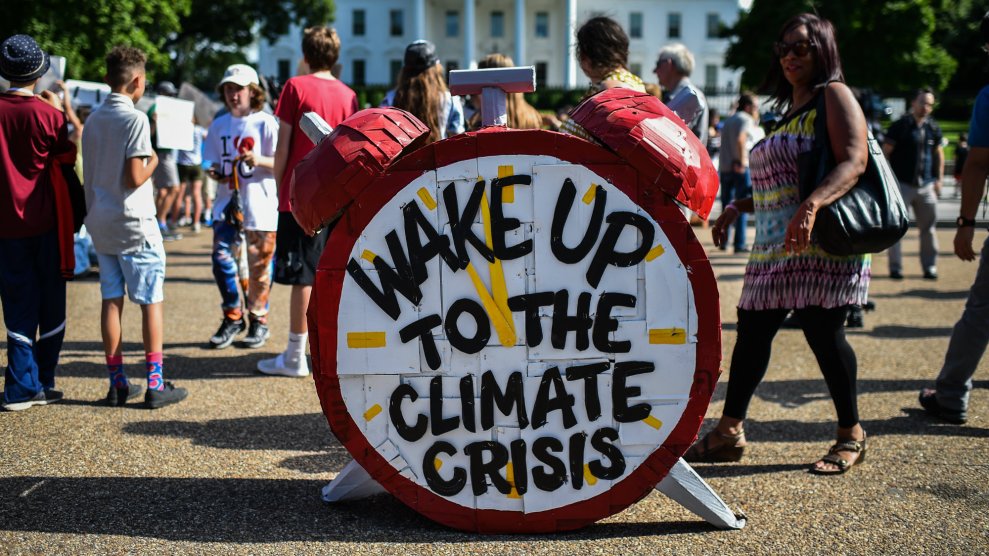 For many Americans, that prompts an image of someone who’s white, well-educated, and in the middle class. That’s what researchers found when they surveyed more than 1,200 US adults of different ethnic, educational, and socioeconomic backgrounds. Yet in that same survey, nonwhite participants on average reported higher levels of concern for the environment than whites.

The survey is part of a new study published this week in the Proceedings of the National Academy of Sciences, highlighting the tendency among all Americans to underestimate how much minority groups (blacks, Latinos, and Asians, in particular) and low-income groups care about the environment and the more politically charged issue of climate change. This is despite the fact that these issues disproportionally affect communities of color and the poor. As CityLab has reported, they are more vulnerable to flooding when hurricanes strike, and more likely to live in areas with dangerous air pollution or with little relief from the effects of global warming. The public misperception about who cares and who doesn’t partly explains why policies and nonprofit efforts often stop short of reaching the most vulnerable communities.

When researchers asked participants in the study to rate their own environmental concern on a scale of 1 to 5, with 5 being “extremely concerned,” minority and poorer groups rated themselves on average above a 3 (moderately concerned). Latinos reported the highest level of concern, about 3.5. The averages for white and wealthy groups, meanwhile, hovered just around 3.

And when researchers asked whether they considered themselves environmentalists, roughly two-thirds of Latino and Asian respondents responded positively, compared to only half of white respondents. (Only a third of black respondents associated themselves with that term.) Yet when asked to rate other groups, participants strongly underestimated the level of concern of all demographics except whites, women, and young Americans. The publicly perceived rate for Latinos, for example, fell around 2.5, while respondents rated whites’ concern above 3.

“We have stereotypes about who is an environmentalist, and the fact that, in our data, we saw these beliefs shared so widely across so many types of Americans suggests that they are very pervasive,” said Rainer Romero-Canyas, a behavioral scientist at the nonprofit Environmental Defense Fund who coauthored the report. Stereotypes about minorities and poorer groups caring more about jobs may be true to some degree, but they fail to take into account that “people can be concerned about both,” he said.

The consequences of these stereotypes can make their way into policymaking by overlooking the concerns of minority communities, according to the researchers. Take, for example, California’s 2006 climate bill, which had a cap-and-trade program aimed at reducing greenhouse gas emissions. As CityLab‘s Brentin Mock reported in 2016, it claimed success in reducing carbon emissions but failed to address the co-pollutants that directly and immediately affect the black and Latino communities who live near some of the state’s biggest polluters.

Perhaps more telling is the finding that even minorities and low-income people underestimate the environmental attitudes of their own social groups, which, in turn, leads to self-silencing and inaction among those communities. The issue, Romero-Canyas and his colleagues say, is that representation in the environmental movement matters.

“Often we don’t even see ourselves in these organizations, let alone realize it’s a career option, because it doesn’t look like us or our communities,” said Whitney Tome, executive director of Green 2.0, which advocates for diversity in environmental organizations. She wasn’t involved in this study, but in 2014, her nonprofit put out a report that found that people of color made up only 12.4 percent of the staff at nonprofits, 15.5 percent at government agencies, and 12 percent at foundations. As you get higher in position, those numbers drop. “Part of the challenge when you don’t have anybody in your organization who knows what it’s like being from African American, Hispanic, Latino, or Asian communities, is that it’s hard to know how your messages resonate with them,” she said.

Historically, the environmental movement has had a diversity problem, even back to the Progressive Era, when the movement largely focused on saving the wild—or spaces accessible mostly to the white and wealthy. That’s opposed to thinking, “The environment is actually everywhere, and we want to protect it no matter where you are so that you have trees, and water, and food,” Tome said. Today, that part of the conversation has led to the environmental justice movement, which is often led by people of color and by women—but still, that’s remained separate from the mainstream movement.

The good news is that misconceptions can change. When respondents were shown a hypothetical mission statement that mentioned diversity and an image of a diverse staff, they were less likely to underestimate the level of concern among minority and lower-income groups.

By increasing the diversity on staff, Tome says, it’s a win for the organizations. For one thing, by 2045, minorities are expected to make up over half of the US population, so by not recruiting people of color—both old and young—they’re “leaving talent on the table.” These are the people who can help frame the organizations’ messages and connect with the people they are serving.

After all, communication is key. “We cannot walk into the room acting as though we have the answers,” said Romero-Canyas. “It should be a conversation in which we learn from them and develop solutions.”