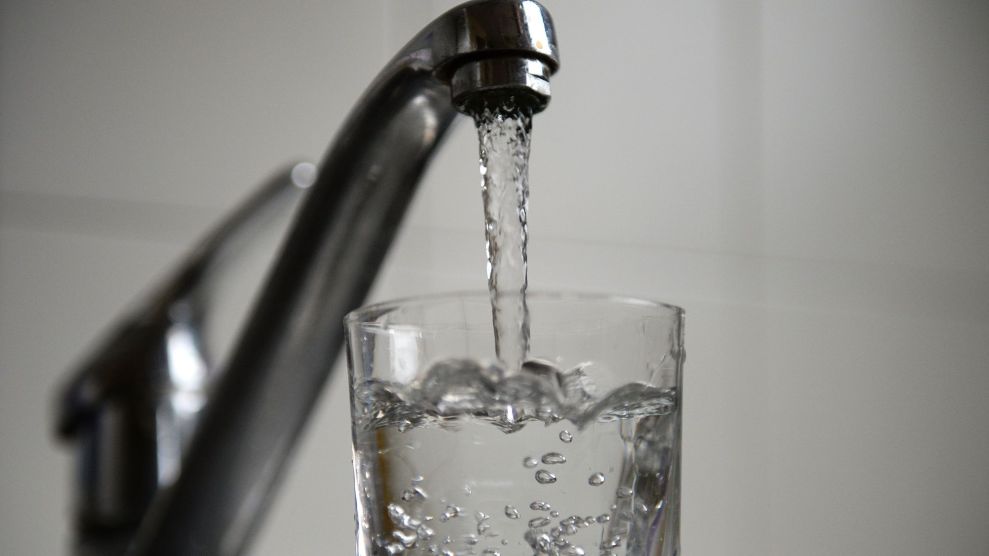 The Trump Administration’s Environmental Protection Agency does not plan to set a legal limit for two nasty chemicals that lurk in some US drinking water, Politico reported this week.

They’re part of a group of chemicals known as PFAS, for per- and polyfluoroalkyl substances. These chemicals were once prized by a variety of industries for their ability to make surfaces resist heat, oil, stains, grease, and water. Until the United States started to phase them out in 2006, PFAS were used in everything from Teflon nonstick pans to microwave popcorn bags to fast-food wrappers to water-repellent clothing to furniture. They were also widely used at military bases in foams to extinguish aircraft fires.

The Centers for Disease Control and Prevention warns that some studies suggest that they “affect growth, learning, and behavior of infants and older children,” “lower a woman’s chance of getting pregnant,” “increase cholesterol levels,” “affect the immune system,” and “increase the risk of cancer.”

PFAS are stubbornly persistent in water and soil, and they remain a concern in drinking water supplies.

Unfortunately, PFAS are stubbornly persistent in water and soil, and despite the phase-out, they remain a concern in drinking water supplies. Last year, a Pentagon report revealed that drinking water in 126 military installations across the country contains potentially harmful levels of PFAS. In 2017, the chemical giant DuPont and its spin-off company, Chemours, agreed to a $670 million settlement with residents of West Virginia’s mid-Ohio Valley claiming PFAS contamination of their drinking water from a nearby Teflon factory. (Here’s a 2016 New York Times Magazine deep-dive into the suit.)

For years, public-health advocates have been urging the EPA to establish a “maximum contaminant level” for PFAS under the Safe Drinking Water Act. Such a move would force water utilities to test for and and if necessary remove the chemicals from drinking water supplies.

But the Trump administration does not plan to set a drinking water limit for two of the most common PFAS—PFOA and PFOS—Politico reported Monday, citing “two sources familiar with the forthcoming decision.” During his Senate conformation hearings on Jan. 16, acting EPA administrator Andrew Wheeler vowed to make “safe drinking water a top priority” and said the agency would release a plan for dealing with PFAS in the “very near future.” But when pressed to say if the EPA would set a maximum level for the chemicals within two years, he replied, “I cannot make that commitment.”

The drinking water of six million US residents exceeds the EPA’s voluntary limit.

The EPA, then under since-departed administrator Scott Pruitt, tried to stop release of that report, “after one Trump administration aide warned it would cause a ‘public relations nightmare,'” Politico reported last year.

The agency did not return emails asking for confirmation of its plans around PFOA and PFOS.

A 2016 study by researchers from Harvard, the University of California–Berkeley, the University of North Carolina, and the EPA found that the drinking water for six million US residents exceeds the EPA’s voluntary limit. Environmental Working Group has a map of sites across the nation where drinking water is potentially contaminated with worrisome levels of PFAS. According to the EPA, activated-carbon treatment filters can effectively remove the chemicals. Here’s more information on home filtration of PFAS from the Michigan Department of Environmental Quality.