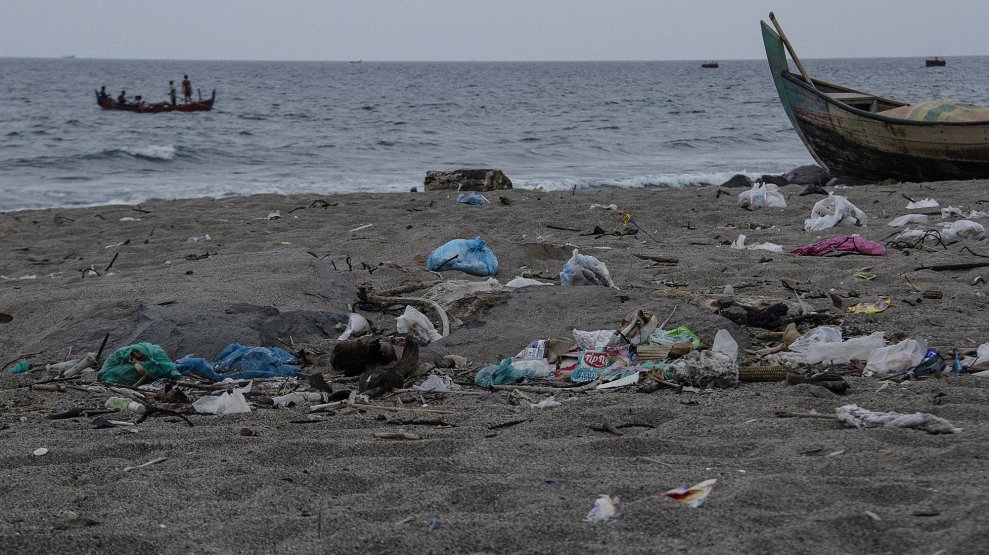 This story was originally published by The Guardian. It appears here as part of the Climate Desk collaboration.

Environmental groups involved in talks at a United Nations conference in Kenya have accused the US of blocking an ambitious global response to plastic pollution.

Representatives of countries at the UN environment conference in Nairobi this week agreed to significantly reduce single-use plastics over the next decade but the voluntary pledges fell far short of what was required, according to green groups.

Norway, Japan and Sri Lanka had put forward proposals for a legally binding agreement for nations to coordinate action against plastic litter in the oceans and microplastics. India also suggested strong action with a resolution to phase out single-use plastic across the world.

But a coalition of environmental groups at the conference condemned the US for blocking the ambitious attempts to tackle plastic pollution at source as well as downstream.

An initial ministerial statement at the beginning of the event had proposed a commitment to “phase out single-use plastics … by 2025”, a far stronger promise than the compromise nations reached.

On Friday, a series of non-binding proposals were agreed, including the adoption of an action plan by the International Maritime Organization’s marine environment protection committee to reduce plastic litter from ships, and suggestions for better global management of data on plastic pollution. A final statement said countries would “address the damage to our ecosystems caused by the unsustainable use and disposal of plastic products, including by significantly reducing single-use plastic by 2030”.

In response, environmental groups including Break Free From Plastic, IPEN, Plastic Change, No Waste Louisiana and Coare said the proposals did not go far enough.

“Despite sweeping agreement by the majority of countries that urgent, ambitious and global action is needed to address plastic across its lifecycle, from production to use to disposal, a small minority led by the United States blocked ambitious text and delayed negotiations,” they said in a statement.

Countries most affected by plastic pollution including the Philippines, Malaysia and Senegal were against the resolution being watered down.

Large oil firms in the US are investing billions of dollars in petrochemical production over the next decade, particularly shale gas.

The new facilities, which are being built by ExxonMobile Chemical and Shell Chemical, among others, will help fuel a 40% rise in plastic production in the next decade, according to industry experts.

The world already produces more than 300m tonnes of plastic a year.

“It’s hard to find one solution for all member states,” Siim Kiisler, the president of the UN environment assembly, told Agence France-Presse before the final decision. “The environment is at a turning point. We don’t need verbose documents, we need concrete commitments.”

When asked whether the US had pushed to have the commitments watered down during the week’s negotiations, Kiisler said: “I will not answer that question.”

David Azoulay, from the Center for International Environmental Law, condemned the weakening of the commitment.

He said: “The vast majority of countries came together to develop a vision for the future of global plastic governance. Seeing the US, guided by the interests of the fracking and petrochemical industry, leading efforts to sabotage that vision is disheartening.”