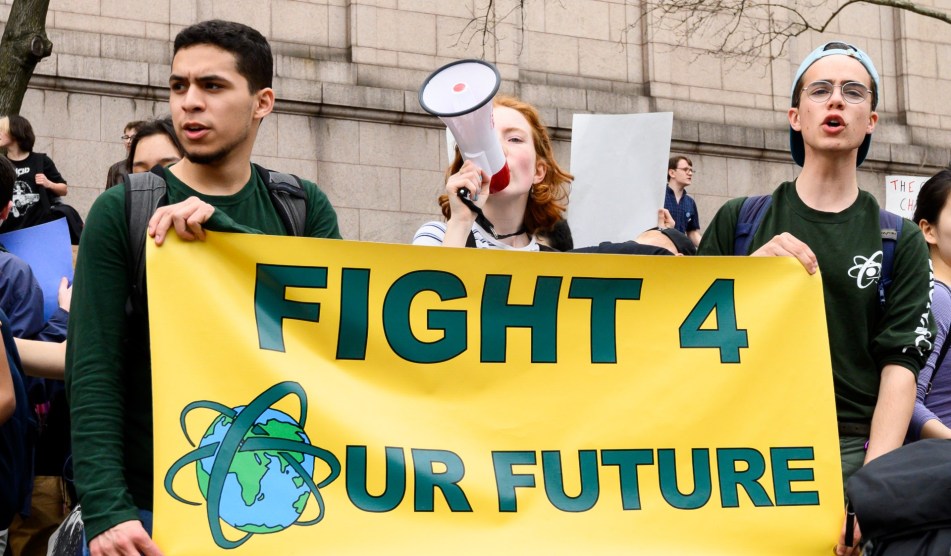 So far, 18 Democrats have announced bids to tussle with Donald Trump for the presidency in 2020, with more expected to throw their caps in the ring. In such a crowded field, it’s hard to decipher where each candidate stands on any issue, including climate change — a topic that was conspicuously absent in the 2016 election but appears will be front and center this time around. Luckily, the New York Times sent around a survey to each of the 18 declared Democratic candidates and got them all on the record about everything from a carbon tax to nuclear energy to renewables.

There are a few things that all of the candidates seem to agree on: The U.S. should stay in the Paris climate accord, reinstate President Obama’s climate legacy (which has suffered under Trump’s deregulation push), and invest in renewable energy. Some candidates said they would go even further in one or more of those issue areas, by adding their own flourishes to Obama’s Clean Power Plan or promising to work with the global community to strengthen the Paris pact.

Taking a look at where the candidates diverge yields a much more interesting analysis. Though there are many small distinctions between the 18 presidential hopefuls on climate policy, there are two issues where there is meaningful daylight between candidates.

A carbon tax is still controversial in the United States, despite its prominence in countries like Sweden and Norway, and the success of carbon-trading schemes in the state of California and the multi-state coalition named the Regional Greenhouse Gas Initiative on the opposite seaboard. That’s in part because politicians don’t agree on what to do with the money generated by the tax — though most of the candidates said they’d at least be willing to consider a price on carbon.

Cory Booker, in his response to a survey question on whether he supports a carbon tax, said he would like to see the money from the tax go toward alleviating inequality. That progressive approach clashes with Pete Buttigieg’s response. The South Bend, Indiana, mayor said he supports a tax but advocates for returning the money generated by the fee to American families — a scheme favored by some Republicans.

Both the progressive and conservative versions of a carbon tax failed to pass in Washington Governor Jay Inslee’s deep-blue state. The self-described climate candidate has watched many iterations of such a tax fail, in spite of his state’s liberal voter base. Perhaps that’s why Inslee is still in the undecided camp when it comes to pricing emissions — there’s only so many times you can bang your head against the same wall.

Like it or not, nuclear energy will likely have to play a role in weaning the United States off of its oil and gas addiction. Any candidate who supports the Green New Deal (five senators and counting) will have a hard time achieving net-zero emissions by 2050 without leaning on nuclear, at least in the short-term.

Regardless of that inconvenient truth, the question on nuclear energy was the most divisive in the survey, according to the Times. Seven out of the 18 were in favor of new nuclear development, including Booker, Inslee, John Hickenlooper, and Amy Klobuchar. Bernie Sanders, one of the earlier proponents of the Green New Deal and the emissions target it centers around, is not in favor of new nuclear. Eight of the candidates either didn’t respond or had “strong reservations.”

“Nuclear energy is not ideal, by any stretch,” said Marianne Williamson, the spiritual healer who famously counseled Oprah Winfrey and is one of those with reservations. “But it is still head and shoulders above coal and natural gas.”

In such a crowded field, it’s these minute differences between candidates that will help climate-conscious voters decide who’s serious about tackling rampant warming, among the many other issues facing the nation. As a presidential candidate, it’s easy enough to say you’ll reenter a climate agreement that nearly every other global leader supports. It’s much more difficult to speak with literacy about controversial topics like nuclear energy, or thorny emission reduction plans like a federal carbon tax. As election season heats up, these candidates will have to expound on the ways they aim to cool the planet down.