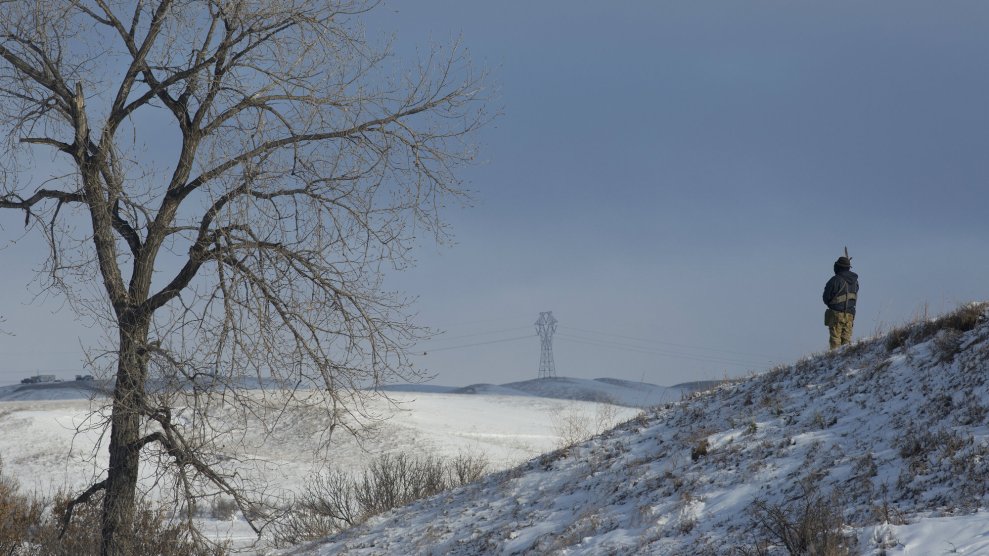 More than half of the world’s new oil and gas pipelines are located in North America, with a boom in US oil and gas drilling set to deliver a major blow to efforts to slow climate change, a new report has found.

Of a total 302 pipelines in some stage of development around the world, 51 percent are in North America, according to Global Energy Monitor, which tracks fossil fuel activity. A total of $232.5 billion in capital spending has been funneled into these North American pipeline projects, with more than $1 trillion committed towards all oil and gas infrastructure.

If built, these projects would increase the global number of pipelines by nearly a third and mark out a path of several decades of substantial oil and gas use.

In the US alone, the natural-gas output enabled by the pipelines would result in an additional 559m tons of planet-warming carbon dioxide each year by 2040, above 2017 levels, according to Global Energy Monitor, citing International Energy Agency figures.

This surge in emissions is set to take place at a time when scientists have warned of punishing heat waves, floods and economic damage if greenhouse gases are not drastically cut. A landmark UN report released last year warned that global emissions must be halved by 2030 and essentially nullified by 2050 to avoid the worst impacts of climate change.

“This is a whole energy system not compatible with global climate survival,” said Ted Nace, co-author of the Global Energy Monitor report. “These pipelines are locking in huge emissions for 40 to 50 years at a time, with the scientists saying we have to move in 10 years. These pipelines are a bet that the world won’t get serious about climate change, allowing the incumbency of oil and gas to strengthen.”

New gas pipelines outnumber oil pipelines by about four to one, bolstered by a glut of abundant natural gas that is swiftly replacing coal as the leading electricity source for US homes and businesses.

The most active area for pipelines is the Permian basin in west Texas, a sprawling formation that contains huge deposits of oil and gas. Other active zones include the shale formations in Pennsylvania, Ohio and West Virginia, and the Canadian tar sands of Alberta.

Several of these pipeline projects have spurred bitter protests from climate and indigenous activists, such as the Dakota Access project, which resulted in violent clashes at the Standing Rock reservation in North Dakota. The extension to the Keystone pipeline, which would link the Alberta tar sands to refineries on the Gulf of Mexico, has also aroused opposition that Donald Trump has vowed to sweep aside by pushing the project forward.

While domestic energy use increased last year—Americans consumed 4 percent more energy than in 2017, according to US government figures—the boom in oil and gas pipelines is largely set to cater for the US’s increasing role as an energy exporter. Nace said there are “unrealistic expectations” over exports of liquified natural gas to Asia, in particular, due to an increase in gas production there and concerns over climate change.

International goals to limit global warming to 3.6 degrees Fahrenheit above pre-industrial times will be “difficult or impossible to achieve” with the completion of the new pipelines, according to Heidi Peltier, an energy expert at the University of Massachusetts, who was not involved in the new research.