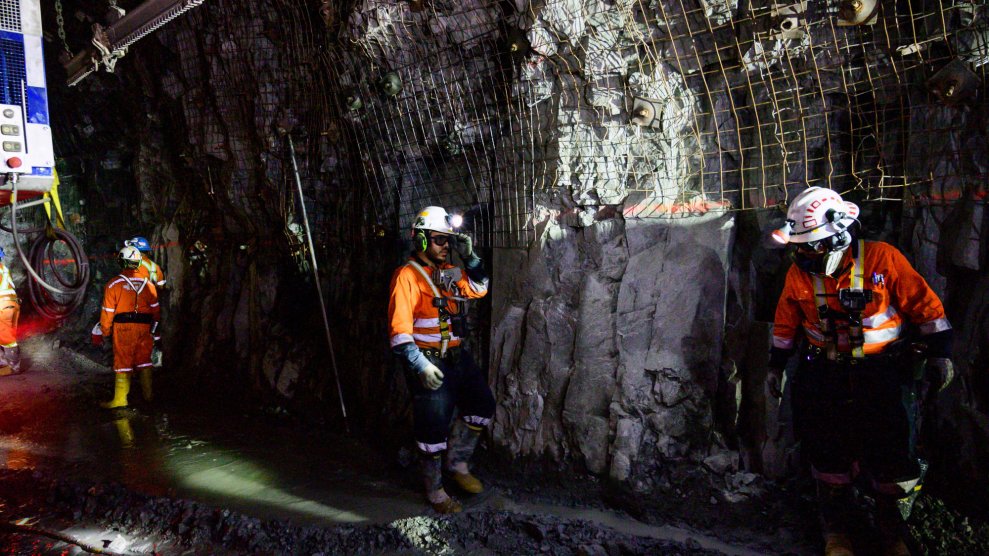 Seventy-five twisting road miles northeast of Boise, Idaho, the South Fork Payette River bends through the tiny community of Lowman, lately a mecca for whitewater sports and other recreational escapes. Hemmed in by steep, pine-covered hillsides, the river has long attracted attention—as a site for a hydroelectric dam, a source of valuable minerals and a destination for outdoor recreation.

Those potential uses, however, cannot always peacefully coexist. In March, a federal administrative law judge for the Bureau of Land Management prohibited mining on 35 small claims along the stream. Judge Andrew S. Pearlstein relied on a little-known law that, paradoxically, was designed to open mining claims. He concluded that scouring the streambed for gold and other minerals would interfere with the activities already taking place—boating, camping and fishing, among others—and that those activities have a greater economic value than mining.

The judge’s decision seems surprising, given mining’s traditional dominance in the West. Yet it opens a window into the long-standing and complicated relationship between mining and recreation, showing how public-land users have often exploited mining laws for purposes far removed from prospecting. That trend may well continue, as Westerners increasingly choose recreation over extraction.

The General Mining Act of 1872 opened the public domain to prospecting, virtually without restriction. Passed after the California gold rush, the mining law was meant to facilitate the West’s economic transformation, a process that encouraged white settlement in the West after displacing Indigenous peoples. It’s one of a suite of 19th-century laws that still shape today’s legal landscape. Such legislation helped individuals and corporations build fortunes and allowed them, often, to devastate landscapes and diminish resources with minimal or no oversight or thought about the future. Legal scholar Charles Wilkinson labeled these laws the “lords of yesterday” in his influential book Crossing the Next Meridian, judging them “outmoded” and “stultifying.” Despite their mismatch for 21st-century concerns about environmental and economic sustainability, they remain difficult to change—the mining law particularly so.

After the law was passed, it became so easy to stake a claim—and the rules were so loosely enforced—that people claimed land for deceitful purposes: business opportunities, second homes or private fishing reserves. The unscrupulous claimed acreage and erected “No Trespassing” signs on what ought to have been the public’s land. Most famously, Ralph H. Cameron, later a one-term US senator from Arizona, filed multiple mining claims at the Grand Canyon between 1902 and 1919, amounting to 13,000 acres meant to help him pry dollars from tourists rather than silver or gold from the ground. After mixed entrepreneurial results, Cameron lost his Grand Canyon claims in a 1920 US Supreme Court decision.

Still, in 1953, a journalistic stunt showed how simple—and broken — the process remained. A reporter from Collier’s, a national weekly, paid $1.25 to record a claim on 20 acres in Colorado’s Arapaho National Forest, allowing him to block a proposed interstate highway. In explaining the absurd, but legal, situation, the writer noted that nationally, only 3% of claims were being actively mined. Americans were exploiting Congress’ generosity far beyond the law’s intent.

Accordingly, Congress tried to wrest back some control, reasoning that such fraudulent claims interfered with legitimate use of public lands. The 1955 Surface Resources Act strengthened federal agencies’ power to manage resources for other purposes, such as timber harvests or superhighways, even when would-be prospectors claimed subsurface rights. As legal expert John D. Leshy explained in The Mining Law, the legislation was a modest reform, largely re-establishing power the federal government already possessed. But it signaled that the government was losing patience.

Another 1955 law is central to the South Fork Payette River case, suggesting that the mid-1950s marked a moment when Congress sought stronger control over mineral administration. Periodically, Congress closes specific areas of public land to mining, for a variety of purposes. National parks are the most obvious example, but the Department of the Interior also reserved potential dam sites, protecting promising hydropower locations from private claims. By midcentury, placer mining, the excavation of minerals from a streambed, was prohibited on 7 million acres of public lands. The 1955 Mining Claims Rights Restoration Act reinstated the right to mine in areas where the Interior Department had not developed power projects. The act seems to support extraction; however, it contained a critical caveat.

The federal agency that controlled the land—typically the US Forest Service or the BLM—could request a public hearing to determine whether “placer mining would substantially interfere with other uses of the land.” The burden is on the federal agency to challenge the claim; without it, mining may proceed unimpeded. The law’s structure laid bare the fact that passive acceptance of mining’s economic and legal power has been the rule in the US.

The currents of history met on the South Fork Payette River at Power Site Withdrawal 146, a place closed to mining claims in 1926. Idaho, as much as any Western state, built fortunes and communities from extraction, but economic foundations shift. In his March ruling, Pearlstein concluded that “placer mining would substantially interfere with the dominant other uses and values of the land—whitewater recreation, camping, tourism, scenery viewing, fisheries, cultural resources, and the revenue from those activities flowing to the local economy.”

It seems that the Western mining economy no longer routinely reigns supreme, because in some places natural amenities pay better than placers. Even moribund mining laws can recognize that.