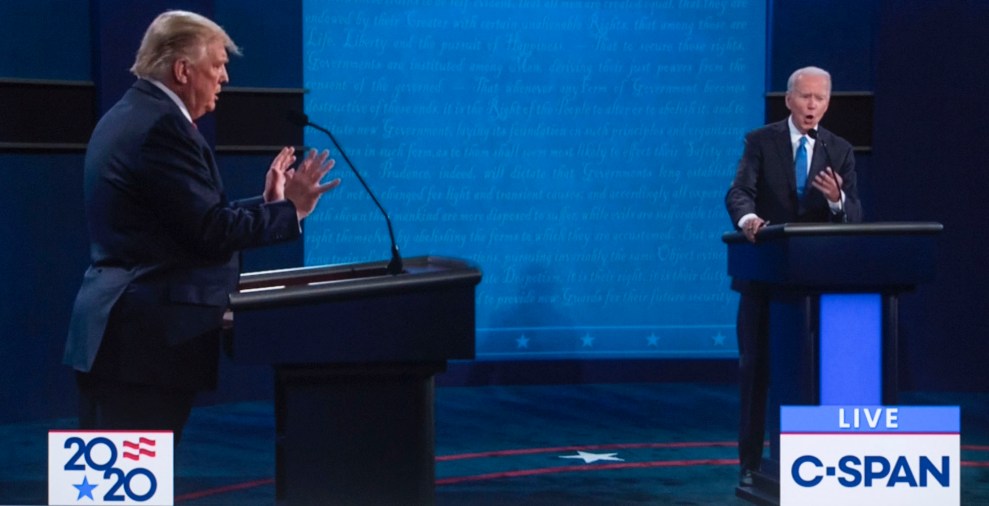 In the middle of a heated exchange on climate change during the final presidential debate, President Donald Trump went on the attack: He repeated his go-to claim that Joe Biden plans to ban fracking, a drilling process that injects a chemical cocktail and water into rock to extract gas.

“I never said I oppose fracking,” Biden responded. “He’s flat out lying.” Indeed, Biden has implied the gas extracted from fracking is needed as a transition fuel, away from coal, to eventually reach zero carbon emissions. (Environmentalists and scientists dispute that claim, noting that the potent greenhouse gas methane escapes from fracking.)

As Biden reminded voters, “I said no fracking on federal land.” That’s a big distinction: Roughly 90 percent of fracking occurs on state and private land, meaning he’d be leaving the vast amount of existing fracking alone.

And even if he wanted to ban all fracking, he couldn’t. According to Harvard’s Joseph Goffman, the EPA’s former top climate attorney, the president wouldn’t have the executive power unless Congress passed a new law.

“It’s a pretty piecemeal toolbox,” Goffman explained, divided between the Bureau of Land Management and the EPA, in addition to the states and the federal government. The president can draw from laws that govern the EPA and Bureau of Land Management to regulate the environmental effects of fracking and on federal lands, but they can’t set an absolute level for production. “It’s just not the way existing federal environmental statutes work.”

What a president can do is enforce regulations within the EPA and BLM’s power. Biden can reinstate regulations that Trump has weakened or thrown out, like limiting methane emissions from oil and gas operations, controlling for the water pollution from fracking, requiring public disclosure of the chemicals used, and inspecting wells and storage for leaks.

Trump has rolled back all of these regulations over the course of his administration. We can expect Biden to reinstate, and maybe even strengthen, many of the same regulations that were issued under the Obama administration. These nuances, of course, are always lost on Trump. Both candidates have their eye on the swing state of Pennsylvania, where the fracking industry has a major footprint. But Trump is making the bet voters will line up against Biden on fracking, even though multiple polls have shown voters are evenly split on the issue.

Biden has one other advantage: Poll after poll shows that Trump’s climate change denial is deeply unpopular with voters. His obsession with Biden banning fracking reflects his increasingly desperate attempts to get a handle on an issue that he is already losing on.