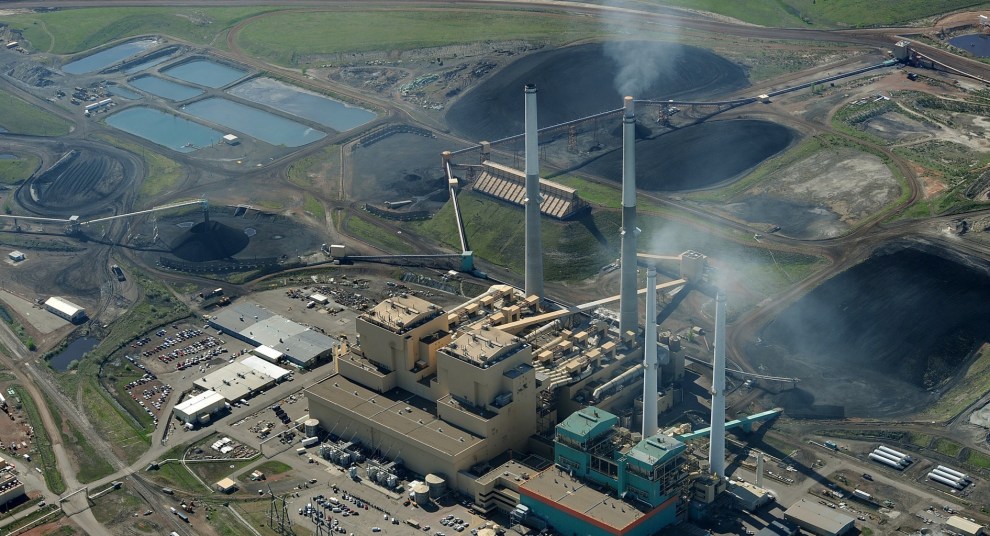 This election cycle, environmental advocates have realized that if they want strong action on climate change, they can’t just look to the president and Congress. They need the states. Specifically, they need to win big in offices few people have heard of: the powerful commissions that make the rules for utilities and implement statewide clean energy targets. These groups determine whether we get our power from solar or coal—and decide whether we build more fossil fuel infrastructure. In many states, the commissions are appointed by the governor, but in some states they are independently elected.

These overlooked regulatory bodies tend to fall prey to industry capture, and it’s been a big year of the public discovering the extent of corruption as some states have faced rate-hikes. Take, for example, the Ohio taxpayer bailout for the utility FirstEnergy, which is still underway even after the FBI’s charges that it was a racketeering conspiracy.

“You want a Green New Deal, or something like it? Yeah, a lot of that would have to happen in D.C., but it’s going to be implemented by public utility commissions.”

“By and large these regulators have a much bigger say than almost any other public official in how quickly we transition from fossil fuels to clean energy,” says David Pomerantz, who leads the utility watchdog think tank Energy and Policy. “You want a Green New Deal, or something like it? Yeah, a lot of that would have to happen in D.C., but it’s going to be implemented by public utility commissions.”

These are some of the most overlooked climate races of the cycle:

The Arizona Corporation Commission governs public utilities and decides rates, as well as how much and how fast they adopt clean energy. Pomerantz argues that Arizona’s commission is the most powerful of its type in the country, since it is written into the state’s constitution: “It’s like a fourth co-equal branch of government. Because of that the Arizona Corporation Commission can single-handedly hold hearings and docket cases. They can say, ‘we think utilities should shut their coal plants down by X date, and we should have a clean energy standard by X date.’ They can do all that stuff pretty unilaterally.”

The commission has five members, and three slots are a toss-up for Democratic challengers Bill Mundell, Anna Tovar, and Shea Stanfield, who are backed by environmental groups. The commission’s decisions will be crucial factors in whether the state actually hits its clean energy targets of 100 percent faster than the its goal of 2050. The makeup of the commission would force the largest utility, Arizona Public Service, to adopt more solar, after the utility spent millions to fight off a pro-solar ballot initiative in the 2018 cycle.

Commissioner Eric Skrmetta may be in trouble as he faces a jungle primary against six challengers on November 3 that will likely lead to a runoff in December if no candidate clears 50 percent of votes. Skrmetta is the longtime incumbent with two six-year terms already, but he faces a number of corruption allegations. Energy and Policy Institute has found he’s approved contracts to businessmen to whom he has personal connections. For example, he awarded $500,000 in contracts to a past business partner and 50 of 89 energy efficiency contracts to his personal filmmaker.

The race is high-stakes for climate change because not only is Louisiana heavily dependent on coal for its power, but the regulating body has stalled approval of a project that would ship wind and solar from where it’s cheapest to other parts of the country, where clean energy is harder and more expensive to come by. A Trump loyalist, Skrmetta could be replaced with a more environmentally friendly candidate—his leading challenger, Republican Kevin Pearson, has campaigned in favor of more clean energy.

Even in red, coal-reliant Nebraska, clean energy candidates are gaining momentum. The election to watch isn’t a commission race—rather, it’s a competition for the open seats on the board of the state’s largest public utility, the Nebraska Public Power District. Four of 11 board seats are up for grabs, and they could lead the state to take a stand on clean energy.

But the status quo is fighting back. The Lincoln Journal Star reported in October that local public utilities that buy power from Nebraska Public Power District were routing its funding to a trade association that opposed the clean energy candidates this cycle. One of the candidates targeted by the utilities, incumbent Mary Harding, told the Journal-Star, “I have never talked to a ratepayer who said, ‘Yeah add some money to my bill so you can have a political slush fund.'”

Montana’s commission is going to determine the fate of Colstrip, one of the largest coal plants in the west. The plant is on the brink of closing, and needs a state bailout in order to continue operation. There are three seats up for election, with two of them open races. All of the Democrats in the contest have argued the coal plant should close; it’s been eight years since a Democrat last served as commissioner.

“Maybe 10 years ago, Democrats would run on a promise to keep people’s rates low. Now they’re running as the solar team.”

Unlike the others on the list, the Texas Railroad Commission is not a public utility or a utility regulator. The commission has three members who regulate the oil and gas industry and govern fossil fuel infrastructure like pipelines and abandoned wells. The commission also monitors water quality and regulates the powerful greenhouse pollutant, methane, that escapes from oil and gas wells. Only Republicans have sat on the board since 1994, but this year, for the first time since then, a Democrat has a real shot of winning. Chrysta Castañeda, the Democratic candidate, wants to set stricter requirements for companies to disclose how much excess natural gas they are burning and to set stricter limits for the industry that pushes it to reduce the overall gas it leaks to the atmosphere. The environmentalist-backed challenger says she thinks “people are ready for change in that the environment and climate issues are a big motivator for voters this cycle.”

This year, national green groups like the Sierra Club, League of Conservation Voters, and Michael Bloomberg’s Beyond Carbon have spent millions on these usually overlooked statewide races, especially in Texas, Arizona, and Montana. But it isn’t just the green money that has brought new attention to these races. The politics have also shifted, as climate change has become a top priority for Democratic voters.

“You see the difference in how most of these races, the Democratic challengers are running explicitly as clean energy candidates,” Pomerantz says. “Maybe 10 years ago, Democrats would run on a promise to keep people’s rates low. Now they’re running as the solar team.”