Most afternoons my dog Cooper asks to go out to the patio to soak up some sun, no matter how hot it is outside. Sometimes I join him and try to get a bit of fresh air and sun myself. One of those afternoons last month, I stood outside and felt the sweltering heat on my face, as I watched my dog do his thing, and like an avalanche I had a mini freak out about climate change. It was October and it was over 100 degrees in Tucson, Arizona. The average high temperature in early October is around 90.

We had recently moved back to Tucson, where I had lived for over a decade. After being in New York City and Los Angeles, I thought maybe I had lost my desert rat status and could no longer handle the heat. But it turns out that we had moved back during the hottest August on record in Tucson and other cities across the state. Tucson also had the second-driest monsoon season ever, meaning the short window when we get rain in the summer months didn’t relieve us from the heat. September was also disgustingly hot, and October started out breaking more records, too, with the hottest October 1st temperature ever in Tucson, at 103 degrees.

So, while I stood on the patio during what is normally a nice and necessary break from it all, I grew legitimately and urgently concerned about the future of places like Arizona. I’ve always known how big a deal climate change is on an intellectual level, and I’ve seen and read the work of my colleagues on the devastating fires, hurricanes, and other natural disasters made worse by climate change, but there was something about imagining just how much hotter it’s getting here, year by year, that made me panic that day. I was suddenly and uncontrollably anxious about the many environmental regulations the White House has rolled back, about the lack of action from global leaders to address the climate crisis, about the communities who don’t have access to relief or protection from extreme heat or extreme cold.

After about 10 minutes outside, I started to sweat and feel the heat a little too much, so I walked back indoors and cranked the AC. Yes, I knowwww that overuse of air conditioning is contributing to the same problem I’m anxious about, but damn it’s impossible to get through a work day at home when it’s too hot to function.—Fernanda Echavarri 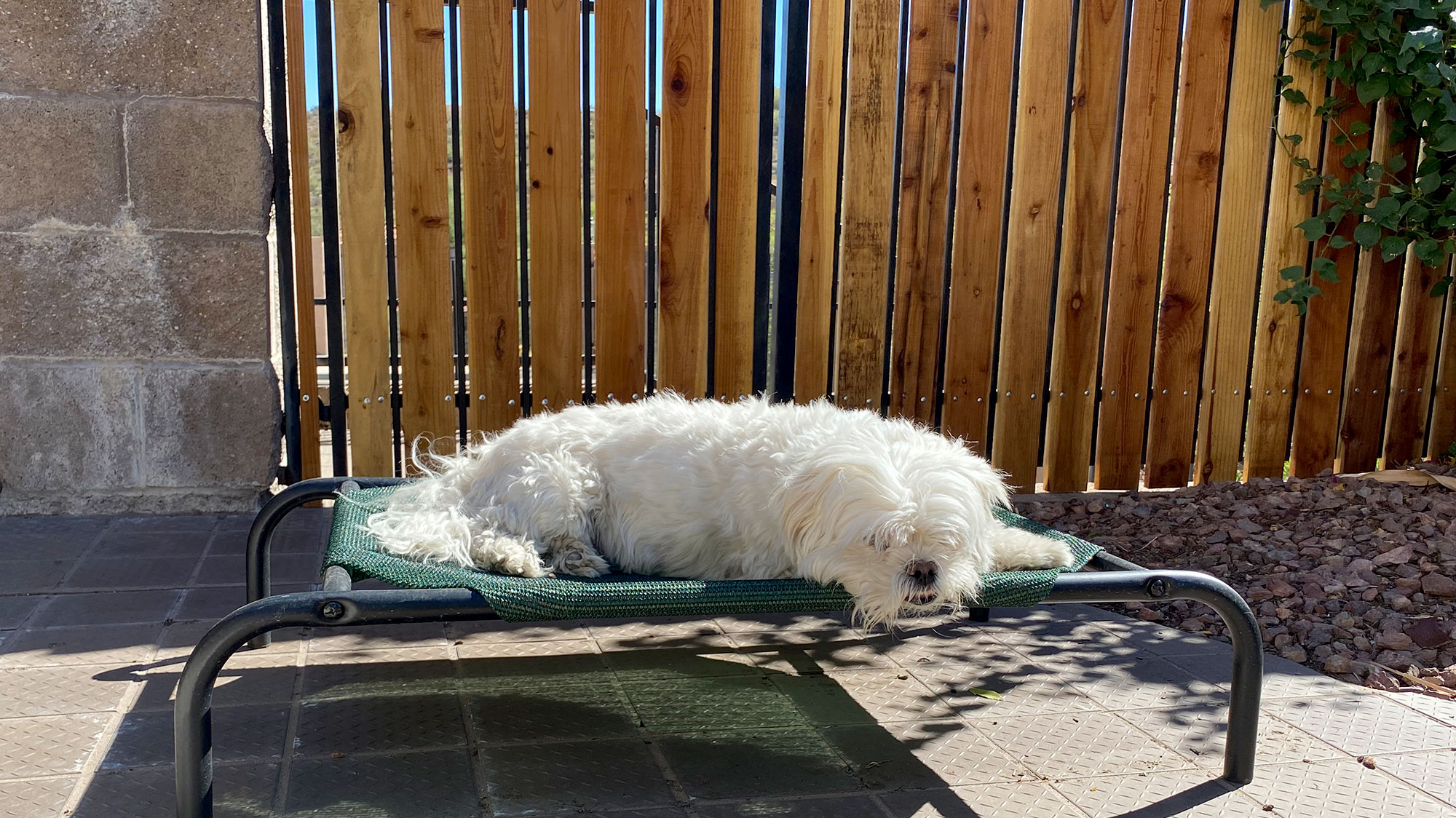 Cooper, the desert dog, soaking up some sun.Fernanda Echavarri