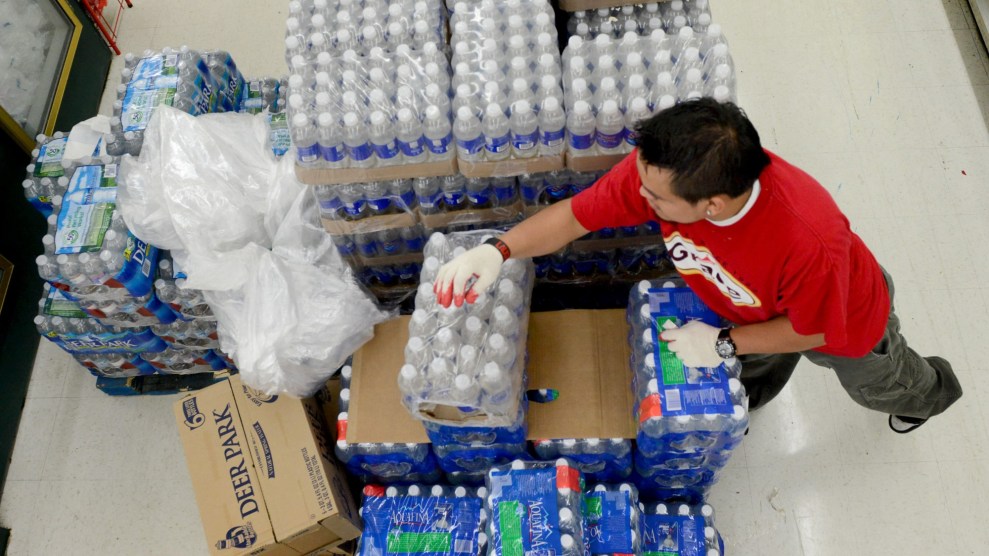 A national moratorium on water shutoffs could have prevented almost half a million Covid infections and saved at least 9,000 lives, according to new research.

Good hygiene is essential to preventing the spread of the highly contagious coronavirus. Amid pressure from public health experts and rights groups, hundreds of utilities and states suspended disconnections for overdue bills to ensure households kept running water for hand-washing and sanitation.

But many refused, others let the bans expire after a few months, and Congress refused to step in with a national moratorium. By the end of 2020, 211 million Americans—including a disproportionate number of households of color—faced the threat of having their taps turned off during the worst public health and economic crisis in modern history.

This patchwork protection cost thousands of American lives between April and December last year, according to research by Cornell University and the national advocacy group Food & Water Watch (FWW).

Researchers found that states which suspended disconnections significantly reduced their growth rates of Covid infections and deaths, compared to states without similar orders. The biggest reduction was seen in states with comprehensive bans covering all private and public utilities.

If similar policies had been adopted across the US, the study model shows that Covid cases might have been reduced by 4 percent and deaths by 5.5 percent in the 41 states without a full moratorium.

“This research clearly shows us that the pain and suffering caused by the pandemic was exacerbated by political leaders who failed to take action to keep the water flowing for struggling families,” said Wenonah Hauter, FWW’s executive director.

The findings come amid growing pressure on Michigan and New York state officials to extend their state moratoriums, both of which expire at the end of March. Failure to do so would leave a further 27 million people at risk of losing their water supplies for unpaid bills, as concerns grow about a potential third wave.

Advocates are also urging Joe Biden to impose a national moratorium and make water a priority in the forthcoming infrastructure bill.

An investigation by the Guardian last year found millions of Americans were facing unaffordable bills even before the pandemic as ageing infrastructure, environmental clean-ups, changing demographics and the climate emergency fueled exponential price hikes in almost every corner of the US.

Federal funding for water systems has plummeted since peaking in 1977.

Mildred Warner, a professor of local government at Cornell University, said: “This study shows the importance of a national standard for access to water, especially for low-income households.

“The Covid-19 pandemic has revealed so many structural inequities in our society, and access to drinking water is one that demands our attention.”