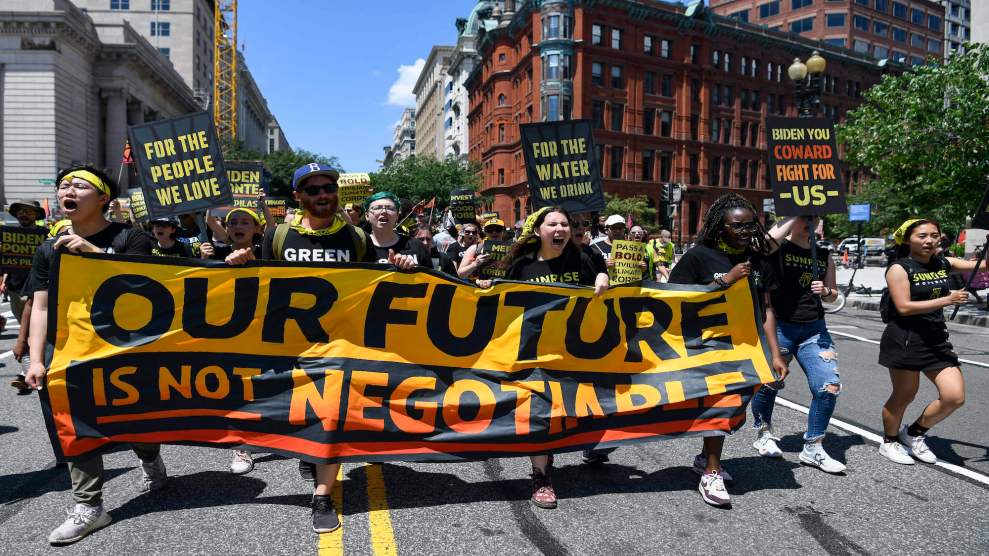 Four in 10 young people around the world are hesitant to have children as a result of the climate crisis, and fear that governments are doing too little to prevent climate catastrophe, a poll in 10 countries has found.

Nearly six in 10 young people, aged 16 to 25, were very or extremely worried about climate change, according to the biggest scientific study yet on climate anxiety and young people, published on Tuesday. A similar number said governments were not protecting them, the planet, or future generations, and felt betrayed by the older generation and governments.

Three-quarters agreed with the statement “the future is frightening”, and more than half felt they would have fewer opportunities than their parents. Nearly half reported feeling distressed or anxious about the climate in a way that was affecting their daily lives and functioning.

The poll of about 10,000 young people covered Australia, Brazil, Finland, France, India, Nigeria, the Philippines, Portugal, the UK and the US. It was paid for by the campaigning organisation Avaaz.

“I grew up being afraid of drowning in my own bedroom,” explains a young Filipino activist.

Young climate activists said feelings of anxiety over the climate were now widespread among today’s youth. Mitzi Tan, 23, from the Philippines, said: “I grew up being afraid of drowning in my own bedroom. Society tells me that this anxiety is an irrational fear that needs to be overcome, one that meditation and healthy coping mechanisms will ‘fix’. At its root, our climate anxiety comes from this deep-set feeling of betrayal because of government inaction. To truly address our growing climate anxiety, we need justice.”

It is now common for young people to worry about having children, according to Luisa Neubauer, a 25-year-old climate activist, who is co-organizer of the school strike movement in Germany and helped achieve the court victory that has forced the German government to re-evaluate its climate policies.

She said: “I meet a lot of young girls, who ask whether it’s still OK to have children. It’s a simple question, yet it tells so much about the climate reality we are living in. We young people realized that just worrying about the climate crisis won’t stop it. So we turned our individual anxiety into collective action. And now, we are fighting everywhere: on the streets, at the courts, in and outside institutions across the globe. Yet governments are still failing us, as emissions are rising to record levels. The appropriate answer to this study would be governments to start acting like they promised they would.”

Earlier this month, Unicef found that children and young people around the world were bearing the brunt of the climate crisis, with 1 billion children at “extreme risk” from the impacts of climate breakdown.

“This study paints a horrific picture of widespread climate anxiety in our children and young people.”

The study, entitled Young People’s Voices on Climate Anxiety, Government Betrayal and Moral Injury: A Global Phenomenon, has been released on a pre-publication basis, while it is under the peer review process, by the scientific journal Lancet Planetary Health. The survey was conducted and analysed by seven academic institutions in the UK, Europe and the US, including the University of Bath, the University of East Anglia, and the Oxford Health NHS Foundation Trust.

The poll adds to previous surveys, which have also found high levels of anxiety about the climate crisis around the world, including fears about having children.

Caroline Hickman, from the University of Bath, Climate Psychology Alliance and co-lead author on the study, said: “This study paints a horrific picture of widespread climate anxiety in our children and young people. It suggests for the first time that high levels of psychological distress in youth is linked to government inaction. Our children’s anxiety is a completely rational reaction given the inadequate responses to climate change they are seeing from governments. What more do governments need to hear to take action?”

Francois Hollande, who was president of France when the Paris agreement was forged in 2015, urged governments meeting in November in Glasgow for the Cop26 UN climate summit to take note. “Six years after the Paris agreement, we must open our eyes to the violence of climate change, to its impact on our planet, but also to the mental health of our youth, as this alarming study shows. We must act urgently and do everything we can to give younger generations a future,” he said.