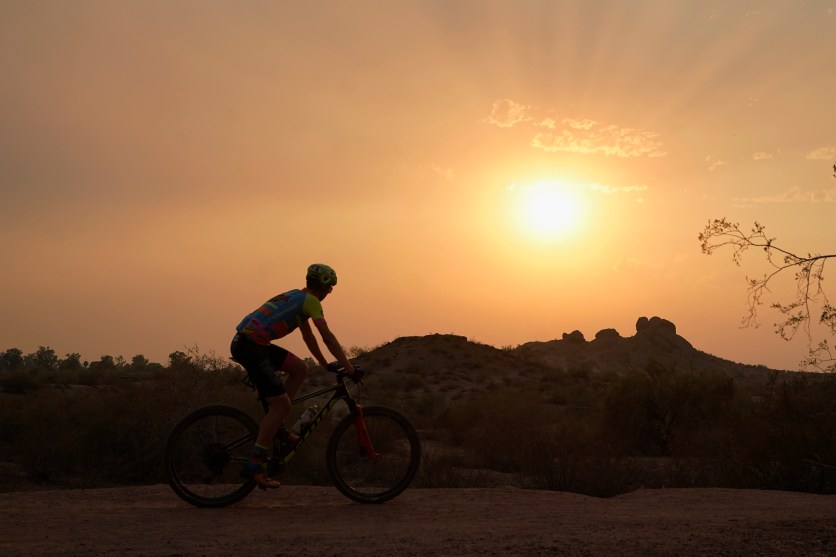 In early September of 2021, as the Caldor Fire raged toward Lake Tahoe through eastern California’s drought-addled forests, staff at the Sierra-at-Tahoe ski resort made a desperate bid to fend off the advancing flames: They aimed snowmaking machines at structures and cranked up the water-misting cannons to douse an area that hadn’t seen a lick of rain in months.

At the same time, some 500 miles due east, little more than a trickle of water ran down the broad sandy bed of the Dirty Devil River in eastern Utah. Then a moisture-laden storm dumped its load on the Henry Mountains, filling arroyos to the brim. Over the course of hours, the Dirty Devil’s flow shot up to a churning 14,000 cubic feet per second—more than four times that of the nearby Colorado River—overflowing the normally dry arroyo’s banks. Water flowed six feet deep through streets and parking lots in Hanksville, sweeping away cars and a 500-gallon propane tank and inundating homes and hotels.

This stark contrast epitomizes 2021 in the West, where the devastating effects of drought were juxtaposed with drenching deluges in neighboring states. But amid all the weather whiplash, there was one constant: Temperatures were above “normal” all year long.

2Number of days in June the high temperature did not exceed 100 degrees in Phoenix, Arizona.

138Estimated number of people who died of heat-related causes in Washington between June 26 and Aug. 31, 2021.

Number of heat-related fatalities in the state in 2020.

54Number of heat-related fatalities in Multnomah County, Oregon, during the June “heat dome”; most of the victims were older, lived alone and lacked air conditioning, according to the county health department.

252Number of confirmed heat-related fatalities in Maricopa County, Arizona, between April 11 and Nov. 1, 2021.

2Number of weeks climate change has lengthened the growing season in the Greater Yellowstone region since 1950.

1.88 inchesAmount of precipitation received in Denver between June 1 and Nov. 30, the lowest since record-keeping began in 1872.

118 degrees FahrenheitTemperature at Dallesport, Washington, on June 28, the highest ever for the state.

2,261 to 3,637Estimated number of sequoias over four feet in diameter killed by the Windy and KNP Complex fires in California in 2021.

1.76 inchesAmount of rain that fell in Cuba, New Mexico, on Sept. 30, a new monthly record for one-day precipitation.

80 cubic feet per secondFlow in the Rio Grande at Albuquerque on Oct. 25; the median flow for that date is 350 cfs.

24Number of homes destroyed by a central Montana wildfire on Dec. 1.